Not in Holiday Spirit: Alibaba and Tencent Spar over Virtual Hongbao 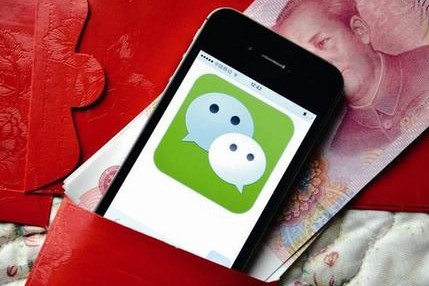 Giving hongbao to relatives and friends for Spring Festival, also known as Chinese New Year, is a tradition that most Chinese people enthusiastically follow.

Tencent put a spin on the old custom last year, when it allowed users of its popular WeChat messaging app to send each other virtual hongbao that added real money to their bank accounts.

Alibaba also allowed users of its Alipay payment service to give and receive red envelopes online, but the feature was not nearly as popular as WeChat's. Jack Ma, Alibaba's chairman, said this setback was his firm's "Pearl Harbor moment" and called for better defense of what has been viewed as Alipay's territory – mobile money transfers.

An updated version of the Alipay app, available on January 26, allows people and companies to send hongbao to others. They may either send money directly to others or post a hongbao in their social networks, including Laiwang, Alibaba's messaging app, and Sina Weibo, China's version of Twitter. Alibaba owns 18 percent of Sina Weibo.

Perhaps lacking a bit of holiday spirit, the feature did not allow Alipay users to send hongbao to WeChat or QQ, the messaging and gaming service that Tencent cut its teeth with.

This prompted users to complain, said an employee of Ant Financial Service, the Alibaba financial arm that owns Alipay. In response, Alibaba made some changes, offering links to WeChat and QQ on February 2.

Then it was Tencent's turn to play holiday grump. It blocked the links to both platforms right away. Efforts to send an Alipay hongbao to WeChat lead to a page reading: "The content you're sharing has a safety hazard."

Harrumph, said Alipay, which then removed the hongbao links to WeChat and QQ less than eight hours after offering them.

Caixin called WeChat and QQ, and both said their refusal to accept Alipay hongbao was fair because Alibaba has a longstanding policy of not accepting payments from Tencent.

"We hope to have cooperation from a fair and mutually beneficial perspective," a QQ spokesman said.

"We'll talk about this after Alibaba lifts its ban on (Tencent) platforms," the spokesperson said.

Alibaba's websites, including the popular shopping sites Taobao and Tmall, do not allow shoppers to use Tenpay, Tencent's payment system, or WeChat to complete transactions.

WeChat, in return, blocks all Taobao and Tmall links. Stores on WeChat cannot accept payments from Alipay either.

WeChat said more than 8 million people used its hongbao service during last year's seven-day Spring Festival and some 400 million yuan was exchanged, most of it in small amounts. Because users need a bank account to stuff the hongbao and withdraw money from it, the number of bank accounts linked to WeChat surged by millions.

Even WeChat executives said they did not expect the service to be such a big hit, but they are excited about the potential it unleashed. Once WeChatters link their messaging account with a bankcard, they are more likely to use other services that require money transfers through the app, such as Didi Dache, a taxi-hailing service that accepts WeChat payments.

Three enterprises, including the firm that owns lufax.com, will hand out hongbao to WeChat and QQ users during the four-hour, must-watch gala TV show put on by the state television station on New Year's Eve, a source from the firm said. Lufax.com offers wealth management and investment services and is owned by Ping An Insurance Group.

In addition, more than 10 companies will offer 3 billion yuan worth of cash and coupons in the form of hongbao in the mobile version of QQ on New Year's Eve, Tencent Vice President Yin Yu said. He did not name the firms.

A group of celebrities will also distribute hongbao via the app in the week leading up to the holiday, Yin said.

This will be the first time the QQ app allows users to give and receive hongbao. Its payment feature was launched in March 2014.

A strong and diversified payment feature "is very valuable for a social networking platform like mobile QQ," Yin said. "That's why we are taking the opportunity of the Spring Festival to launch our own hongbao service."

Nasdaq-listed Momo Inc., a Chinese chat app partly owned by Alibaba, unveiled its hongbao plans in January as well. From February 18 to 20, 4 million yuan worth of hongbao will be distributed in chat groups chosen by the firm's computer system depending on how lively they are, the company said.

People who get a hongbao will need an Alipay account to get at the money, the firm said. According to a Momo employee, some of the 4 million yuan came from Alipay.

The owners of small businesses trying to sell their wares online are finding themselves caught in the crossfire of the online war between Alibaba and Tencent. An employee of Youzan.com, which helps e-businesses with online payment solutions, said many of the company's clients have been forced to make an unpleasant choice: Alipay or WeChat.

Many of the owners of these small businesses fear the fighting will only get worse, the Youzan.com employee said.