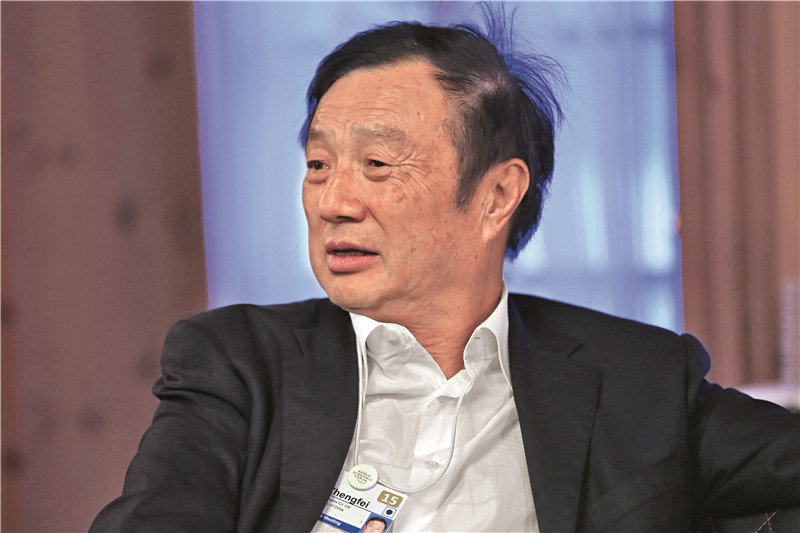 I first encountered those eyes and heard Ren speak in his strong, Guizhou Province-accented Mandarin in December 2010. He had granted me a three-hour, off-the-record interview at Huawei's headquarters in Shenzhen. His openness surprised me. But I could only use what he said for background.

At that time, Huawei employed about 110,000 people in 140 countries, and was reporting annual revenues of US$ 28 billion, making it the world's second-largest telecom equipment manufacturer in terms of sales after Sweden's Ericsson. The company has since increased its workforce to about 160,000 and expanded into other businesses, such as smartphone manufacturing. It's expected to report 2014 sales of US$ 46 billion.

During our private meeting, Ren told me that his company was pursuing a globalization strategy. He drew a distinction between that business plan and what other Chinese companies call "internationalization."

After the interview, I filed my notes and wondered whether I'd get a chance write about my time with Ren and share what I'd learned.

On January 22, I met Ren again in Davos, Switzerland, on the sidelines of the World Economic Forum. At the forum, he granted his first, on-the-record media interview since starting Huawei in 1987.

I was in the audience when Ren was interviewed by the British broadcaster BBC for a TV news program.

Later that day, Ren held a press conference for about a dozen Chinese reporters, including me, where he discussed Huawei's management plan and business strategy.

Ren, 70, also broached the sensitive subject of his own future by describing the company's rotating CEO arrangement, and declared that he "has already transferred his duties" to a successor.

Ren did not name his successor. But during our private encounter five years ago, Ren denied speculation that he planned to hand the reins to his son, Ren Ping. Huawei executives told me at that time that Ren seldom got involved in personnel matters.

Ren grew up poor in the Guizhou countryside and taught himself electronics. During a stint in the People's Liberation Army, he worked as an engineer. He left the military in 1983 and started Huawei four years later.

To get the business off the ground, Ren said, Huawei followed the "guidance" of "successful products made by Western companies." Today, the company is going a step further by moving toward Western standards of transparency.

"We are now learning from the West about management, and trying to change ourselves," Ren said.

At our first meeting, Ren said he chose not to speak with the media because he feared giving reporters a bad impression that could then lead to trouble for the company. At Davos, when asked why he kept the media at arm's length, Ren said that he did that "simply because I lack ability. I have little understanding in technology, finance and management."

But Ren later changed his mind. And at Davos, he stepped out and stood in front of cameras to give the public a clear look at the man behind Huawei. "Whenever people can't see" what's going on "there will be more speculation," he said.

Complementing Ren's new openness is a new advertising campaign for the company that features an image of a ballerina's feet. One foot looks beautiful in a satin-pointed dancing shoe. The other is shoeless, bare, with battered toes. Ren said the advertisement symbolizes Huawei's new commitment to openness.