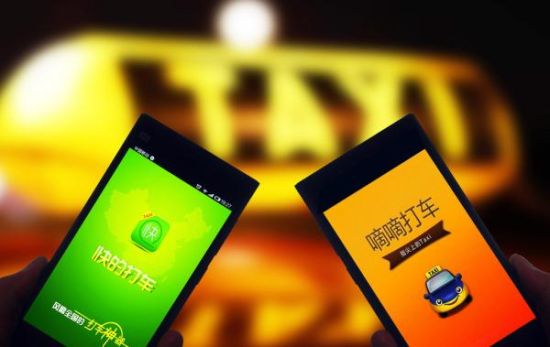 (Beijing) – Experts are divided over whether the merger of two major taxi-hailing app companies violates the country's Anti-Monopoly Law.

Didi Dache and Kuaidi Kuaidi Dache said on February 14 they will merge into new company led by co-CEOs. The new firm's name and ownership structure will be announced later.

Kuaidi, which is backed by e-commerce giant Alibaba Group Holding Ltd., had 56.5 percent of the country's market for taxi-hailing apps as of December, the research consultancy Analysys International said. Didi, which gets support from Internet heavyweight Tencent Holdings Ltd., had 43.3 percent.

Their dominance in that market has raised concerns among other industry players and experts over whether the new firm will enjoy a monopoly. Two days after the merger announcement, Yidao Yongche, a provider of upscale online car-hire services, complained to the Ministry of Commerce and the National Development and Reform Commission that the merger was illegal.

Yidao Yongche, which is owned by search engine company Baidu Inc., said that the firms should have asked regulators for permission to form the tie-up. A spokesman for Yide Yongche said it lodged the complaint because the merger will not only stifle competition in the taxi-hailing app market but also hurt consumers.

Analyst Xie Wen said that the deal will lead to monopoly and hurt innovation. Both Didi Dache and Kuaidi Dache operate in the same market, he said, and "if the merger does not constitute a monopoly, there is no monopoly in the world at all.

However, Fu Weigang, a research fellow at the Shanghai Institute of Finance and Law, has said the tie-up was not an attempt to stop others from entering the market and will not violate the anti-trust law as long as it does not hurt consumers. Other analysts have argued the deal could even benefit passengers because the new company is likely to focus on its services.

In October, the Supreme People's Court upheld a Guangdong court's ruling that cleared Tencent of a monopoly even though it held a dominant share of the instant messaging market.

Dominance is a key factor in government decisions on monopolies. However, some analysts said that such strength is a common feature of the software industry and does not necessarily keep out other players. They say the market shares held by Didi and Kuaidi will not stop other firms from entering the taxi-hailing app market.

However Xie said the muscle of Didi Dache and Kuaidi Dache is not a result of innovation but rather subsidies they paid to taxi drivers and passengers. Some estimates put the total amount paid out last year at 2 billion yuan.

"They offered tens of yuan to taxi drivers and passengers for each ride, which only big companies could afford," he said. "It's unfair competition because smaller companies couldn't afford the subsidies."

Huang Yong, a law professor at the University of International Business and Economics in Beijing, said the first step for the Ministry of Commerce after it receives a complaint is determining whether companies should have asked permission for a merger.

The ministry could then investigate, he said, and its final decision could range from unconditional approval or giving a tie-up the green light based on certain conditions to outright blocking the deal.