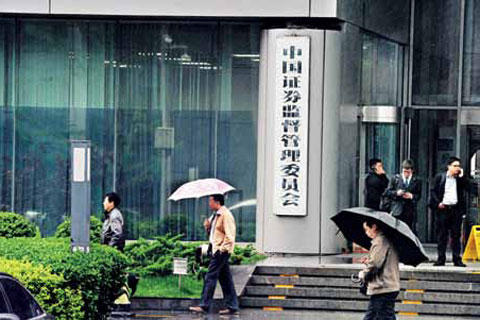 (Beijing) – A team from the securities regulator recently headed to the United States to invite 30 major institutional investors to put their money into the Chinese stock market in the hopes their involvement gets A-shares included in global benchmark indices.

Qi Bin, head of the regulator's Department of International Affairs, said on March 3 during a speech at Harvard University in the U.S. state of Massachusetts, that he is leading the team of officials from the China Securities Regulatory Commission (CSRC) on the trip and its mission was to persuade major global investors to join the Chinese market.

This is the first time CSRC officials have gone abroad to communicate with foreign capital market investors, he said. It was unclear when the journey started or if it has ended.

"The daytime part of our trip has been filled with meetings hour after hour with about 30 global large institutional investors," Qi said. "(We) hope they can enter the market … and hope that the A-shares can be included in major global indices, including those of MSCI and FTSE."

In 2013, MSCI Inc. said it was considering including A-shares – stocks for Chinese firms listed in Shanghai and Shenzhen – in the MSCI Emerging Markets Index. The FTSE Group made a similar announcement regarding its global equity indices. Both organizations said last year that China still has work to do to meet their requirements.

Eddie Pong, FTSE's director of research and analytics, told Reuters in September that China still had too many restrictions on market access for foreigners.

In November, the central government launched the Hu-Gang Tong, a pilot program linking the Shanghai and Hong Kong stock exchanges.

The program is not about just connecting the two cities, Qi said. It bridges the Chinese market with the rest of the world and is significant despite its restrictions, he said.

"Alibaba did not go public on the A-share market because the market lacks depth and space," he said. "Now that it is connected with the Hong Kong market, it has gained the depth and space and can serve as a platform for similar Chinese enterprises that want transformation."

Alibaba Group Holding Ltd. raised US$ 25 billion when it listed in New York in September.

Qi also said the CSRC will push for adding the Shenzhen bourse to the Hu-Gang Tong scheme this year so all three of the markets can be linked. This would help cement Hong Kong's status as an Asian financial center, he said.

"I would like to take a long shot and say that the next step is to have Hu-Tai Tong," he said, using the term to describe what would be a similar link between the mainland and Taiwan's stock markets.

Qi said the purpose of the trip to the United States was to reassure foreign investors about the Chinese government's commitment to improving the capital market and answer their questions. The more they believe that the government means what it says, the more likely reforms will be supported and move faster, he said.

Last year, he said, the value of A-shares held by foreign investors accounted for only about 1.69 percent of the market. The number for Japan was 26 percent.

"We need to attract long-term investments from overseas to improve the structure of the market," while encouraging domestic institutional investors such as mutual funds and pension funds to develop, he said.