Party Investigates CNPC Executive Once Seen as Company's Next Leader

By staff reporters Huang Kaixi and He Xin 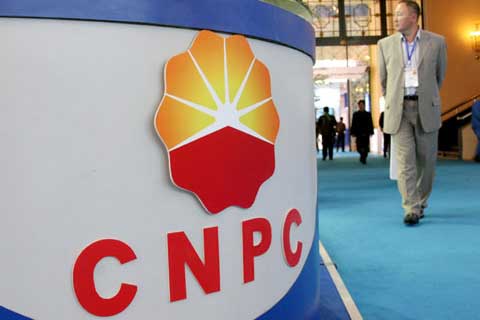 (Beijing) – An executive at China National Petroleum Corp. who oversaw the building of pipelines sending natural gas from the country's west to its east and who was tipped to one day lead the oil giant has fallen afoul of Communist Party corruption busters.

Liao Yongyuan, the general manager of CNPC and the vice president of its listed subsidiary, PetroChina Co. Ltd., is being investigated for "seriously violating discipline and laws," the Central Commission for Discipline Inspection said on March 16.

The commission has used the phrase repeatedly since late 2012, when Xi Jinping took over as party boss and launched a campaign against graft that has brought down figures in a broad range of fields, including in the military, the political arena and business circles.

Xi said his crackdown would target officials high and low, and a source close to the matter says Liao's case is linked to the highest-profile person taken down so far: Zhou Yongkang, who once sat on the party's top decision-making body.

The inquiry into Liao is also connected to Jiang Jiemin, who was briefly head of the State-owned Assets Supervision and Administration Commission (SASAC) and was CNPC's president from 2006 to 2013, the source said. An investigation into Jiang started in September 2013.

Liao, 53, was a close associate of Jiang's, the source said, and the latter was allied with Zhou.

The party announced it was investigating Zhou in the middle of last year, then in December handed his case to the courts. The party's anti-corruption office said it suspects the former member of the elite Politburo Standing Committee and the head of country's domestic security apparatus committed a litany of crimes, including abuse of power and taking bribes.

Zhou started his career in the oil industry, then in the 1990s headed CNPC, which has become a focal point of Xi's graft bashing. Since the summer of 2013 two deputy general managers of the oil giant, its chief accountant and the head of its party body for rooting out corruption have fallen afoul of investigators.

Liao was once seen as a future head of the company, the person close to the matter said, and that job that could have come open as early as next year. He oversaw the 300 billion yuan pipeline project to carry natural gas from the country's far western Xinjiang region to energy-hungry coastal regions like Shanghai, Fujian and Guangdong.

Some portions of that project, which started in 2000, are operational, but others are still in the works.

Liao, a native of the central province of Hubei, became the CNPC's general manager when Jiang took over SASAC, the regulator of China's state-owned assets, in March 2013.

In November 2011, Liao was punished over a pipeline explosion in the northeastern city of Dalian a year earlier. The blast killed at least one person and caused 223.3 million yuan in property damage.

Central government auditors have said they found problems related to the west-east pipeline project. As of July 2010, some 4.5 billion yuan worth of contracts had been given to companies through flawed bidding procedures, including deals worth 518 million yuan that were closed without open bidding.

Liao gave his relatives and others close to him important jobs when five oil exploitation subsidiaries were restructured in 2008, another source close to the matter said, and CNPC employees complained to authorities about that.