Sinophobia: Anxiety, Violence, and the Making of Mongolian Identity 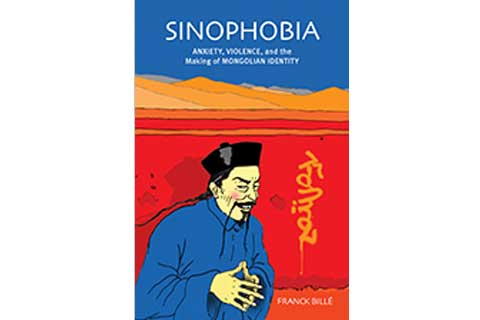 From the time that Genghis Khan succeeded in uniting the disparate nomadic tribes of the Mongolian steppes into one of history's most devastating conquering forces, the histories of China and Mongolia have been inextricably linked. His forces' invasions of the Chinese Western Xia and Jin dynasties represented one of the first mass confrontations between the mobile, horse-backed Mongols and the more sedentary Chinese empires taking root along the Yellow River. In the following century, Mongolian troops led by Genghis Khan's grandson Kublai Khan conquered China and established the Yuan Dynasty which would rule the country until being superseded by the Ming Dynasty in the late 14th century. This period marked the last time that Mongolia was in ascendancy over China. By the time of the Manchu-led Qing Dynasty in the 17th Century, Mongolia had been completely absorbed into the Chinese Empire.

Two hundred years later – emboldened by the crumbling of the Qing Dynasty – Mongolia proclaimed its independence, eventually driving out the Chinese with the support of ethnic Russian forces in the early 1920s. Mongolian alignment with the Soviets eventually forced the new Chinese Communist State to formally recognize Mongolian independence in 1949. De facto independence would not be attained until the collapse of the Soviet Empire, and with it came a very public fear of China and the Chinese.

In Sinophobia: Anxiety, Violence, and the Making of Mongolian Identity, author Franck Billé explores the swell of anti-Chinese feeling that has accompanied Mongolia's post-Soviet independence. Despite having just emerged from over 70 years of Russian domination, it is China – rather than Russia – which has become the focus of Mongolian anxiety and fear. In fact, Russia has actually assumed the role of savior in Mongolia's national narrative, with many believing "Without them, Mongolia would now be part of China." With the Soviet-Russians now having left Mongolia, the fear of re-annexation by China continues to loom large in the Mongolian public imagination.

Sinophobia in Mongolia takes on many forms, some of which are reflections of the familiar anti-Asian xenophobic tropes of the west. Mongolia is seen as being "swamped" by Chinese who dilute the "purity" of the Mongolian nation through procreating with local women and exploiting its natural resources. Billé illustrates that for many Mongolians the Chinese have become a shadowy specter, responsible for the poisoning of Mongolian food, the corrupting of Mongolian politics and the defilement of Mongolian women. As a result, nationalist narratives in Mongolia are framed almost

exclusively in opposition to China, which is posited as the anti-Mongolia – gluttonous, untrustworthy and feminine to Mongolia's controlled, honest and masculine culture. Billé paints a detailed picture of the contemporary anti-Chinese discourse in Mongolia, drawing upon a wide variety of sources, from traditional media such as newspapers and film to more unexpected material such as hip-hop music and graffiti. This helps engage the reader's interest, and prevents the book from becoming too dry or academic.

One of Billé's primary objectives is to challenge the idea of Mongolian antipathy to the Chinese as something primordial or essential to the Mongolian national character, as is often argued by Mongolians themselves. Instead, he traces the roots of Mongolian sinophobia to the country's complex relationship with Russia and the Soviet Union. Billé's central argument is that Mongolian sinophobia is, intimately connected to Mongol's desire to distance themselves from China and Asia as a whole, and that this ambition is problematic because Mongols appear, physically and "racially," to be Asian.

In particular, Billé argues that popular associations between Asia, dirt and disease – commonly found in Mongolian anti-Chinese narratives – have been inherited from the colonial values imported from Russia during the 20th-century Sovietisation of the country. With little actual contact between Mongolians and Chinese even now that the two countries' shared border has become more porous, these pre-existing stereotypes have been allowed to continue unfettered.

Billé's main argument is that Mongolian sinophobia as currently constituted actually represents a form of self-hatred. Using a psychoanalytical model, he argues that in Mongolia, "China" and "the Chinese" are actually ciphers for reviled "Asian" aspects of the Mongolians' own culture and national personality. Mongolia's desire to rid itself of "the Chinese" actually represents a desire to disentangle itself from the "backwardness" of Asia in favor of the modern society represented by Mongolia's European influences. In effect, Mongolians are not afraid of becoming Chinese, but rather fear that part of themselves which already is.

Indeed, the targets of much of the verbal and physical violence related to Mongolian anti-Chinese feelings are Mongolians themselves – particularly Mongolian women. Local women that fraternize with Chinese men, whether as spouses or as sex workers, have been routinely targeted by nationalist gangs who see such acts as a form of treason. Billé cites a terrifying example of local gangs forcibly shaving the head of one Mongol woman deemed to have betrayed her country by sleeping with Chinese men, filming and publishing the attack as a warning to others.

The idea of women as the repository of national identity – and the battleground upon which international conflicts are fought – is not a new one. However, Billé's in-depth interviews with a diverse number of subjects uniquely considers this concept from the individual perspective. He goes beyond the theoretical to actually give voice to Mongolian women who fraternize with Chinese men, recent Chinese immigrants to Mongolia and long-standing members of Mongolia's Chinese community. He also includes detailed discussions with Mongolian men from different strata of society – moderates and extremists, Mongolian citizens and Chinese citizens, gay and straight. This gives the book a strong sense of providing a holistic appraisal of the issue.

Billé's argument is a convincing one – that in contemporary Mongolia the Chinese conquest now feared is no longer a military one but rather a conquest of the mind and bodies of the Mongolians themselves. In going beyond the merely theoretical or rhetorical to consider this issue on the psychological level, Billé has produced an engaging analysis of Chinese-Mongolian relations that will be of value to anyone with an interest in the connections between nationalism, identity and xenophobia. Its relevance will only grow as China's expanding wealth and influence finds the presence of its citizens more deeply felt in neighboring countries such as Mongolia.

Joshua Bird is a Researcher and PhD Candidate at the China Studies Centre at University of Sydney.