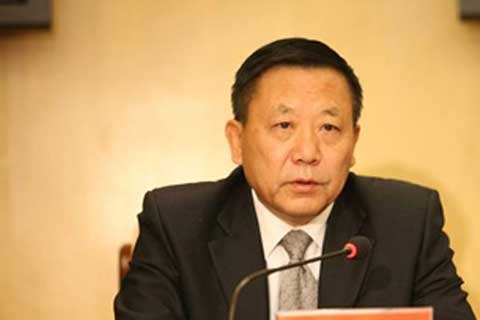 (Beijing) – The retired head of Inner Mongolia's police force has been arrested on suspicion he murdered a woman, sources close to the northern region's public security bureau said on March 21.

Zhao Liping, 64, was arrested in the Keshiketeng Qi area in late March, several sources close to the Inner Mongolia police force said. He was suspected of murdering a woman and dumping her body in Chifeng, which is about 200 kilometers away, the night before.

Zhao headed the public security department in the Inner Mongolia Autonomous Region from 2005 to 2012. He has also served as the deputy chairman of the regional branch of the Chinese People's Political Consultative Conference, a political advisory body, since July 2012.

Police received a phone call for help from a woman saying she had been shot by Zhao and he wanted to kill her, the sources said. The police later found the woman's body in a suburb of Chifeng. The victim is a 28-year-old woman who ran a clothing business in the city.

Police stopped Zhao's car and found a knife and gun in his car, one of the sources close to the police said. Blood was also found on his shirt.

The victim was close to Zhao and is believed to be his mistress, a person close to the former police chief who asked not to be named said.

Police have not released any information about the investigation.

Zhao is a native of Inner Mongolia. He spent 33 years in the region's public security system, starting as a low-level police officer.

There have been rumors in recent months that Zhao is being investigated for corruption, the sources close to the police said.