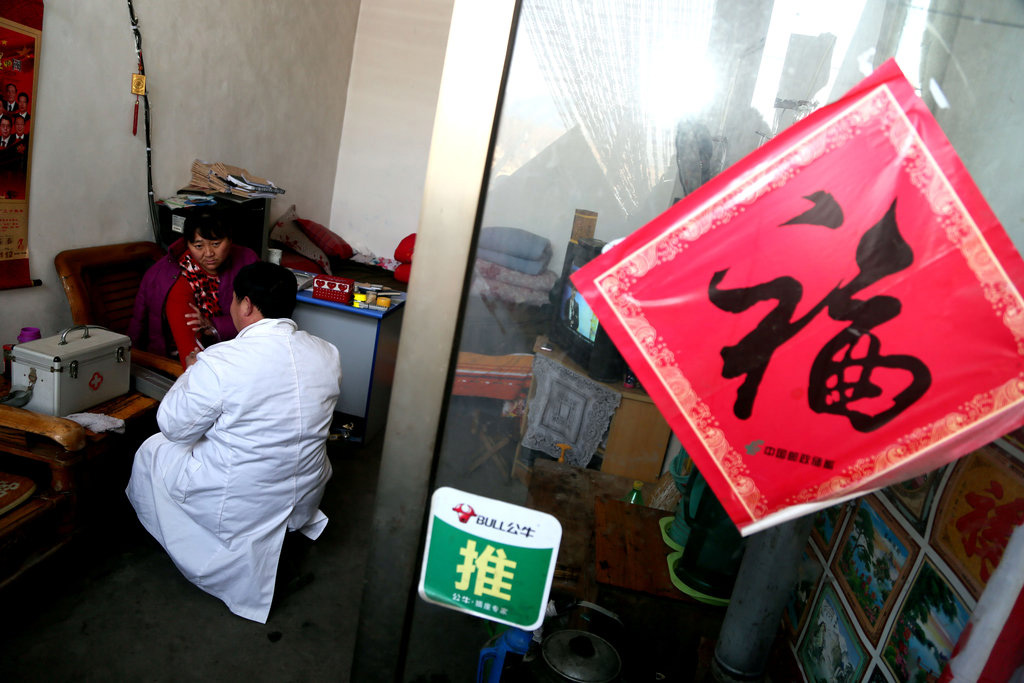 (Beijing) – The State Council has rolled out a basket of incentives aimed at rural village doctors to address a worsening shortage of medical practitioners in China's countryside, a government document released on March 23 says.

Under the central government program for nurturing rural clinics and practitioners, village doctors will be provided with training no less than twice a year, including at county or township hospitals every three or five years.

Standout rural doctors will have the opportunity to work at provincial or municipal hospitals for short periods to hone their skills. The central government also promised to increase subsidies for village doctors.

Village doctors, sometimes called "barefoot doctors," have historically played an important role in providing basic health care in the country's rural areas, but in recent decades they have been quitting in droves because of low pay and job dissatisfaction.

Qian Xueming, a top government advisor, said 7,433 village doctors in the southwestern region of Guangxi had quit from 2009 to 2011.

More than one-quarter of the villages in Beijing's rural areas lacked a clinic in 2012, a report by Capital Medical University said.

In the southwestern province of Yunnan, many villages not only lack doctors but many of those remaining are getting old.

The head of a township hospital told Caixin that 12 of the 34 village doctors in his area are over 50 years old and six are over 60. "We have 17 villages, but more than half of them are closed after lunchtime," he said.

The sorry state of rural village medical facilities underscores one aspect of a widening gap in public services between the rural and urban areas – access to basic medical care – that the government has made little progress in closing.

To fix the problem, the State Council, China's cabinet, said it wants to have one doctor for every 1,000 people living in rural areas by the end of 2020. It also said it wants all village doctors to have a diploma from a vocational medical school or college.

The vice director of Shanyang County Health Bureau in the northwestern province of Shaanxi, Xu Yucai, said that some of the central government's goals are practical, but not enough is being done overall to address acute problems.

For example, village doctors are mostly paid out of government subsidies that are prone to misuse by local officials, and most doctors lack a pension plan, something that has turned many young doctors away from working in rural areas.