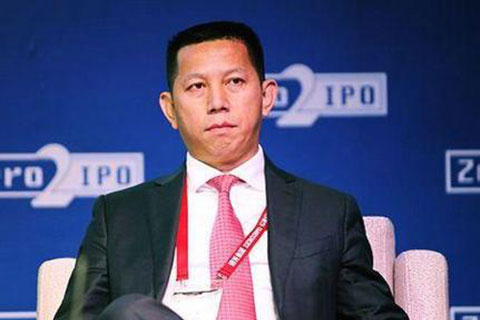 (Beijing) – The detention by police of a capital market veteran has interrupted the restructuring plans of China's largest private shipbuilder and shed light on the tricks used by an investor who seems to have always profited from distressed companies.

Behind the cancelled deal is the detention of Wang Ping, the controller of Kingwin Victory and chairman of Cypress & Kingwin Capital Group Ltd. Sources close to the matter said Wang was arrested on February 23 in Zhuhai, in the southern province of Guangdong, by police from Beijing on charges of fraud in investment funds.

Wang has been an active player in stock markets and PE sector over the past several years. His Cypress & Kingwin Capital serves as an umbrella for a number of equity investment funds and Wang has sat on the boards of more than a dozen companies listed on the mainland and in Hong Kong.

Wang is seen as a kind of vulture investor in China's capital market – he usually buys assets from distressed sellers at a low cost and profits from reselling the assets after restructuring.

Wang's detention follows an investigation into Jiang Yuemin, chairman of Oriental Home and president of Cypress & Kingwin Capital in May 2014. A person close to Wang said he has been in Hong Kong for most of the past year. When he returned to Zhuhai for Spring Festival, he was detained.

Wang, who is in his 40s, is a native of the northeastern province of Jilin. He once worked for a major state-owned company in the coastal city of Xiamen, and then started an equity investment business.

In February 2012, Wang's Cypress & Kingwin Capital signed an agreement with Liu Hui, chairman of ARC Capital Holdings, to take over the latter's 65 percent stake in Oriental Home, which operates 25 large building materials markets across the country but was suffering from a shortage of capital.

Liu bought the stake in Oriental Home and took over the company's debts in 2007 for 1.4 billion yuan, but then failed to pay about 600 million yuan to close the deal. Cypress & Kingwin Capital promised to fulfill Liu's payment to Oriental Home in the contract.

Cypress & Kingwin Capital's Jiang Yuemin, who was a college classmate of Wang's, was named chairman of Oriental Home.

In October 2012, Oriental Home suffered a capital crunch, resulting in a business suspension and employee protests. But Cypress & Kingwin Capital executives, including Jiang, did not show up to discuss and try to solve the problems.

Oriental Home's founder and second largest shareholder, Orient Group Incorporation Co., offered to give the company 20 million yuan to help it through difficult times in 2013. Executives from Orient Group said they could not reach Cypress & Kingwin Capital for a solution at the time.

Orient Group executives said that a later audit found Cypress & Kingwin Capital had taken the investment funds it paid to Oriental Home shortly after the transaction.

Orient Group has been unable to contact Jiang and Liu since March 2013. It filed a lawsuit against Cypress & Kingwin Capital for breaching the contract. In August that year, Oriental Home went to Beijing police to accuse Jiang of embezzlement.

Jiang and Song Xuedong, the vice president of Oriental Home, were detained in May 2014. Liu and another ARC Capital executive, Li Fengjiang, are still at large. Employees of Oriental Home said Liu and Li used the company for related-party transactions.

The 160 million yuan paid to Oriental Home was later transferred to a company affiliated with Cypress & Kingwin Capital.

Auditors also found frequent money transfers between Oriental Home and Cypress & Kingwin Capital and its subsidiaries between 2008 and 2012. These transfers involved high-interest loans totaling hundreds of millions of yuan.

In October, Kingwin Victory Investment, which is wholly owned by Wang, agreed with Rongsheng to buy 1.7 million of the latter's newly issued shares. After the issuance, Kingwin Victory would become Rongsheng's largest shareholder, with a 19.2 percent stake.

Zhang Zhirong, Rongsheng's founder and largest shareholder, said the deal would provide the company with 3 billion yuan to support a business transformation to the energy industry.

Wang started to tap the shipping market in late 2012, despite a global slowdown. In December that year, Cypress & Kingwin Capital signed an agreement with the government of Zhoushan, in the eastern province of Zhejiang, to set up a 10 billion yuan shipping industry fund. In September 2013, the fund completed its first batch  fundraising, totaling 508 million yuan.

Some said Wang is counting on the shipping market to bottom out.

"Wang has a strong taste for gambling," one source close to him said. "He dares to take risks."

Zhang said Rongsheng was attracted by Wang's experience in Hong Kong's market, and hoped he could support the company's overseas expansion.

Rongsheng scheduled a March 13 shareholder meeting to vote on Kingwin Victory's investment. But on March 4, following media reports that Wang had been detained, the company filed a statement with Hong Kong's stock exchange announcing the deal had been cancelled.

In late March, Rongsheng said in a statement that it had signed an agreement on a reshuffle involving a partner, but did not elaborate. It also said it had decided to sell all its shipbuilding assets and focus on energy.

Wang's resume shows he holds a PhD degree in accounting from Xiamen University and has worked for Xiamen's audit bureau.

He set up Cypress & Kingwin Capital in 2007, and it controls a large number of subsidiaries. The company said it manages more than 20 billion yuan worth of funds and made investments in a range of industries, from retail and new energies to information technology and the culture and health sectors.

People familiar with Wang said he made a fortune from investments in small and new start-up businesses listed in Shenzhen. In 2008 and 2009, a Cypress & Kingwin Capital investment subsidiary purchased 2.9 million shares of Shenzhen Changhong Technology Co. and quadrupled its investment after Changhong went public a year later.

Sources close to Wang said that since the dispute with Oriental Home escalated, Wang started to sell his stakes in Cypress & Kingwin Capital's subsidiaries. In October, he reduced his 72 percent holding in Zhongke Hongyi Venture Capital Co., the major asset of Cypress & Kingwin Capital, to 10.7 percent and stepped down as its chairman and legal representative.