China Takes Another Step in Improving Rule of Law 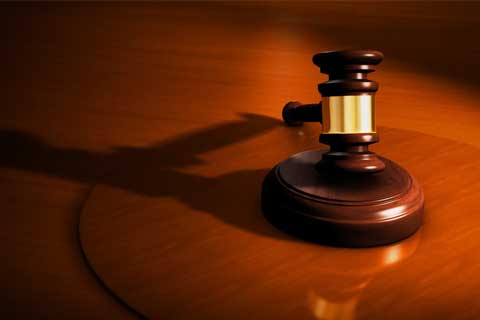 At the Central Committee's fourth plenary session in October, the leadership called for a system to allow instances of abuse to be recorded and reported, and to bring the errant officials to book. Preparation went ahead in a high-profile manner. The regulations are by far the most comprehensive yet designed to ensure justice and improve the credibility of the judiciary.

Miscarriages of justice resulting from corruption in the judicial system have long been a serious issue. This has caused discontent among the public. The culprits are party and government officials.

There have been many such cases. Ma Jian, the former deputy minister of national security, interfered with criminal cases on many occasions. In 2012, Ma forced the public security bureau of Henan Province to release suspect Zhao Yunan and quashed his case. Ma was no doubt trying to protect a corrupt network trading in money and power. We can only imagine that higher-ranking officials would even more blatantly interfere in the name of "strengthening the party's leadership over judiciary work." This not only undermines the judiciary, but also the public's confidence in the rule of law. Such officials are like tumors in the system.

The regulations contain 13 provisions, some of which are innovative. For example, Article 3 states that even government departments or leaders with responsibilities in judicial work are not allowed to decide on the admissibility of evidence, fact-finding, adjudication and so on.

The regulations set out procedures for court personnel to record and report a case in the event that senior officials interfere. The regulations are detailed, stating not only the obligations of the meddler, but also those of people affected.

The regulations will help judicial authorities exercise powers independently, impartially and in accordance with law. However, there is a long way to go before this goal is achieved. Respecting and protecting members of the legal profession is key.

Judicial power is weaker than legislative and executive powers. It depends on the credibility of judges, and neutrality is crucial. Countries with adequate legal systems understand this and have developed rules to prevent judicial powers from being interfered with. Ways to improve the professionalism of the judicial sector are included in, and protected under, the new regulations.

Professionals must possess knowledge, ethics and integrity relevant to their industries. To promote justice in society, judicial personnel should face more stringent requirements. Before the implementation of reforms, soldiers, workers, peasants and cadres could work in the judicial sector. After 30 years of unremitting efforts to improve the situation, the overall quality of judicial personnel is significantly higher.

Judicial authorities must exercise powers impartially and according to the law, and this should first be evidenced by the independent exercise of powers by judges and prosecutors. Judicial authority comes from credibility, while credibility comes from decisions made by judges without outside interference. Thus, it is important that judges should have lifelong tenure so as not to be under external influence. This is not about the retirement age for judges. If a judge can be removed at will by those in power, the latter can interfere and even threaten or blackmail them.

Articles 5 and 6 are designed to monitor the meddling of officials, and to protect judges. The intention is clear, but it will not be effectively implemented if judges do not have lifelong tenure. Lack of tenure for judges will cause them to lose in the first round of battle with interfering officials.

He who has unfettered power will inevitably become corrupt. This is just as true for a judge who has lifelong tenure and can exercise powers independently. Since, historically, China lacks the traditions of an independent judiciary and rule of law, it is crucial that the tenure of judges goes hand in hand with a sound system of checks and balances, with ways to ensure that a good system does not turn bad. The powers of judges should be balanced with rules that prohibit them from taking part-time jobs, a system to vet their qualifications, strict selection procedures and an efficient impeachment system.

Ensuring justice can not only protect basic human rights, but also make a nation stronger. After years of reform, justice should have stronger spillover effects. The internationalization of the yuan and the signing of a new round of trade agreements may not seem to have much to do with judicial affairs, but their development is in fact closely linked with China's rule of law.