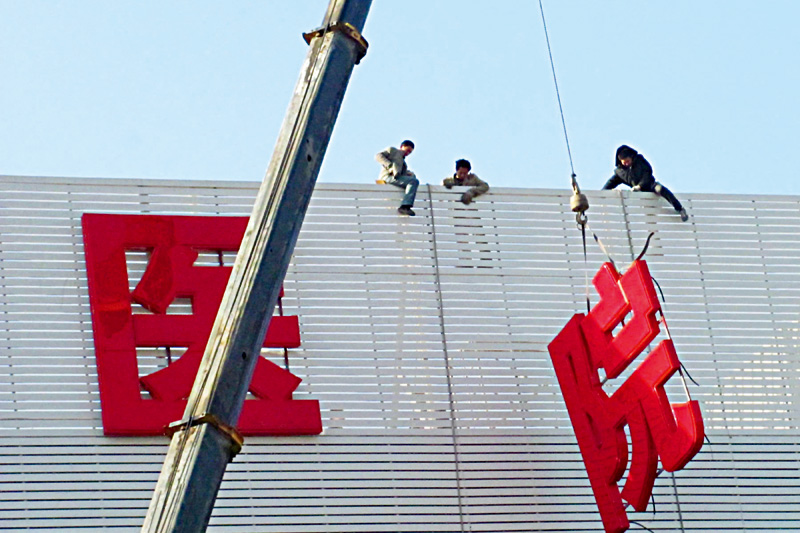 The good news came in November when the State Council, the cabinet, issued guidelines on accelerating development of commercial health insurance. A month later, the chairman of the China Insurance Regulatory Commission (CIRC), Xiang Junbo, said that preferential tax policies would be granted to the sector.

Insurance professionals say these are clear signs that the central government will offer policy support to encourage commercial health insurance businesses in a bid to supplement the government's medical insurance system.

The November guidelines defined commercial health insurance as that "provided by commercial insurers to cover losses and costs caused by health problems and medical treatments," including medical, sickness, disability, medical liability and other forms of insurance.

"It means commercial health insurance can be more diversified, covering health, medical care, pension and other sectors," said Yang Xing, assistant to director of the strategic development department of the People's Insurance Co. of China (PICC).

In January, Weng Tiehui, the vice mayor of Shanghai, said the city will start to offer medical insurance for critical illness to its residents as a supplement to the government-backed basic medical insurance system. The packages will be offered by commercial insurance companies.

Then on March 30, PICC announced plans to set up a pension insurance and health management subsidiary. The company's vice president, Dong Qingxiu, said the subsidiary will become an independent business division of PICC.

Despite the positive policy outlook, health insurers are facing major challenges in trying to win support from public hospitals, a major hurdle for insurers who need to access patient information for risk control purposes.

But most firms have suffered losses in their health insurance businesses, even though the products are expensive. In 2013, four out of the five health insurance companies reported losses. The largest, PICC Health Insurance Co., registered a net loss of 187 million yuan.

Unlike many Western countries, where insurance companies have a say in cost control through a bargaining mechanism with hospitals, public hospitals in China dominate the market.

One executive of an insurance company said that under the current system public hospitals profit from patient numbers, their spending and government subsidies. "Why would hospitals cooperate with insurance companies?" he asked.

Zhu Ming, an insurance professor at Nankai University in Tianjin, said that without the support of hospitals, insurance companies are unable to get key information about patients so they can evaluate and control risks.

Wang Shenming, president of the First Affiliated Hospital of Sun Yat-sen University, said that "with little information about medicine prices and costs, insurance companies are not playing on the same level with their rivals," meaning hospitals.

Cai Jiangnan, director of the Medical Management and Policy Research Center at China Europe International Business School in Shanghai, said the country's health care system blocks the way to the development of health insurance because hospitals and doctors tend to over-treat illnesses and give pricy medicines to patients in a bid to make more money.

Cai said these practices squeezed the room for health insurance to grow and without changing the fundamental problems, policy support will only bring short-term benefits.

"For a long time, insurance company's medical insurance businesses have hardly broken even," the CIRC official said. "In some regions, the company's compensation is as high as three times its income."

Meanwhile, competition among health insurers has been unhealthy, said Scott. "There are many price wars in the market, without enough innovation in services."

"Products are very similar, which leads to fierce competition," Yang said. "Some large companies have pressed down prices and squeezed profit margins."

Some companies count on foreign partnerships to improve professionalism in health insurance and win market share. In December, a joint venture between China Pacific Insurance Group Co. (CPIC) and Germany's Allianz SE was launched in the Shanghai Free Trade Zone, the first of its kind in the pilot area. The companies said the partnership combines CPIC's resources in the Chinese market with Allianz's professional and technical advantages in the health insurance business.

Some companies, such as Taikang Life Insurance Co. and Ping An Annuity Insurance Co., chose to join hands with medical information agencies in risk control and product development.

In June 2014, the CIRC approved Sunshine Life Insurance Co.'s planned purchase of 51 percent of Sunshine Union Hospital in Weifang, in the eastern province of Shandong. If the transaction is completed, Sunshine Life will become the first insurer to invest in a public hospital in China.

Yang said more insurers, including PICC Health, chose to set up agreements with hospitals in which the facility promised to control treatment charges and provide medical information. In addition to compensation, insurance firms also offer their clients access to specialized services in the partner hospitals.

Changjiang Securities said in a report that insurance for critical illness, which is not wholly covered by the social security system, will be a crucial business opportunity for commercial health insurance.

But local governments have been very cautious in allowing insurance companies to get involved in this business.

"Some are concerned about potential capital risks of insurance companies, while others worry about losing control of local social security departments," said an executive at a health insurance company.

Yang said the key for insurance companies to participate in critical illness insurance is getting access to the database for the social security system so they can get information about their clients. But firms' access is currently limited.

Meanwhile, companies also need to partner with large public hospitals to access more patients and their medical records. However, setting up these partnerships with large hospitals is a tough task for every insurance company, said Yang.