Quake that Pounded Nepal Said to Kill 20 People in Tibet 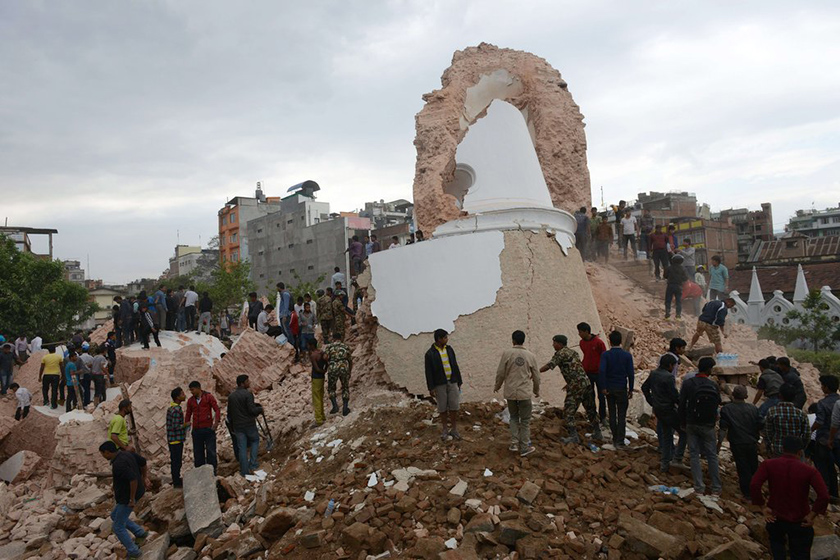 (Beijing) – The massive earthquake that killed thousands of people in Nepal also claimed 20 lives in Tibet, officials in the region in western China say. Another four are missing and 56 were hurt.

More than 3,200 people were killed and 6,500 others were injured in the quake that struck Nepal and part of Tibet on April 25, China News Service reported, citing relief authorities in India.

The U.S. Geological Survey (USGS) said the earthquake had a magnitude of 7.8, making it the worst to hit Nepal in more than eight decades. The death toll is expected to climb as rescue efforts continue.

The earthquake devastated Nepal's capital, Kathmandu, and villages around the land-locked country that shares a border with China. An avalanche on Nepal's side of Mount Everest buried part of a camp that was packed with foreign climbers.

At least 18 climbers reportedly died in the worst climbing disaster to ever hit the mountain, and at least 61 others were hurt.

The official Xinhua News Agency reported that one member of the Chinese Mountaineering Association died and two others were severely hurt. All of them were on Nepal's side of the mountain.

Four Chinese teams were climbing Everest in Nepal when the quake hit, said Wang Yongfeng, the vice-president of the association.

The earthquake that destroyed much of the oldest parts of Kathmandu and rattled Tibet could also be felt in India, Bangladesh and Pakistan.

Among the buildings destroyed in Kathmandu was the nine-story Dharahara Tower built by royal rulers in the 1800s and listed as a historical monument by Unesco. The landmark was reduced to rubble, and people were reportedly left trapped.

When Kathmandu's airport reopened, the first aid flights began arriving. China was among the first to respond, sending a search and rescue team on April 26. India and Pakistan also sent teams.

China said it would provide humanitarian aid worth 20 million yuan to Nepal, while Indian air force planes landed with 43 tons of relief material, including tents and food, and nearly 200 rescuers.

Rescue efforts have been hampered by strong aftershocks that measured up to magnitude 7.

The China Earthquake Networks Center reported at least 30 aftershocks with a magnitude greater than 4.5.