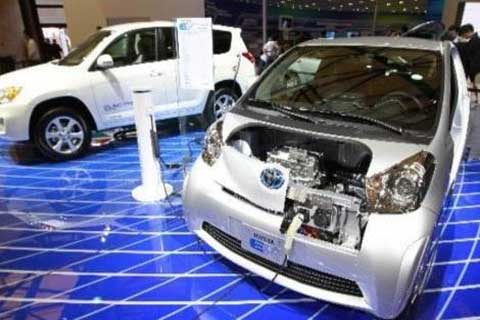 (Beijing) – The central government has announced a plan to continue subsidizing the buyers of new-energy vehicles in a bid to promote the production and use of the autos and cut pollution.

The plan published on April 29 on the website of the Ministry of Finance covers new-energy vehicles, such as electric cars, plug-in hybrids and autos powered by fuel cells.

Under the plan that comes into effect next year, the central government will give buyers of electric passenger cars from 25,000 yuan to 55,000 yuan. The subsidy for purchases of hybrids is 30,000 yuan, and that for fuel-cell cars is 200,000 yuan.

The reductions to the subsidies are intended to spur manufacturers to improve their technologies and production, independent auto industry analyst Zhong Shi said.

The central government started offering subsidies to buyers of new-energy vehicles in September 2013. The subsidies were lowered by 5 percent last year and 10 percent this year. That program was to end this year.

Buyers of new-energy vehicles have been exempt from paying a purchase tax since September. Buyers also have an easier time getting license plates in cities that restrict the number issued.

These benefits have promoted the production and sales of new-energy vehicles, said Dong Yang, secretary general of the China Association of Automobile Manufacturers. Data from Dong's association showed that a total of 74,763 the autos were sold last year – about 3.2 times more than in 2013.

Carmakers brought 103 models of new-energy vehicles to the Shanghai International Automobile Industry Exhibition, which ran from April 22 to 29.

In Shanghai, buyers can get subsidies of up to 140,000 yuan to buy a plug-in hybrid, Dong said. They also get a free license plate in the eastern city, where buyers of ordinary cars must go through auctions to get plates.

Deng said he was worried that buyers were only choosing new-energy vehicles because of the benefits, not because they really liked them.

One industry observer said some buyers were using hybrids just like traditional cars, meaning they were using the combustion engines but not the electric power option.

To end these practices, Shanghai's government has said that starting January 1 this year buyers of new-energy vehicles must show proof they have installed charging facilities.