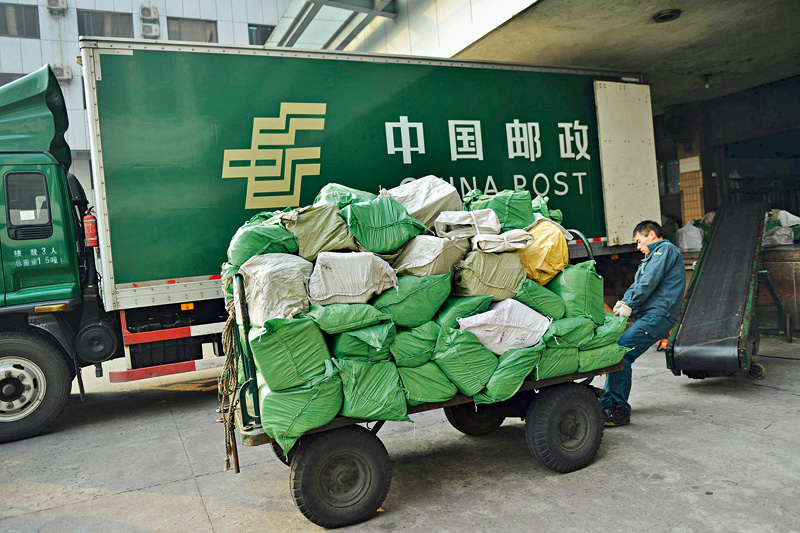 (Beijing) – The State Council has approved a plan for the state-owned post office to restructure its management – a move one expert says could help the behemoth compete with the country's many private delivery firms.

The plan will see China Post Group cancel the registrations of 31 postal companies – one in each of the country's provinces, autonomous regions and municipalities – and transform them into branches, the State Administration for Industry and Commerce said in a notice on April 29.

The group will then be responsible for all the assets, debts, personnel, contracts, and other rights and obligations of the former companies, an executive of China Post said. The businesses of the new branches will remain the same, he said.

Provincial postal companies used to make their own plans and carry them out, said Da Wa, a former secretary-general of China Express Service Association, a nonprofit organization in Beijing. The change would allow China Post to set the tone and for the branches to follow it, he said.

The change would also allow the postal company to compete better with the many private courier firms that have popped up amid the rapid growth of e-commerce, said Wang Yingji, the assistant to the president of private courier company Beijing ZJS Express Co. Ltd.

If China Post can bring its services and management to the level of private courier companies, no one could complete with it, Wang said. He cited as strengths China Post's workforce of more than 900,000 employees and nationwide logistics network.

The government set up China Post Group in January 2007 to take over the businesses activities of the State Post Bureau. The company has changed little since then.

China Post had about 70 percent of the country's courier market when it opened, official data show, but that figure is now below 15 percent. Private firms delivered 12 billion packages last year, good for 85.6 percent of the market.

China Post first released information about its intention to restructure in December, when it cancelled plans for an initial public offering that it has eyed for years.

The group's general manager, Li Guohua, said in February that the company would make changes to regain its dominance.