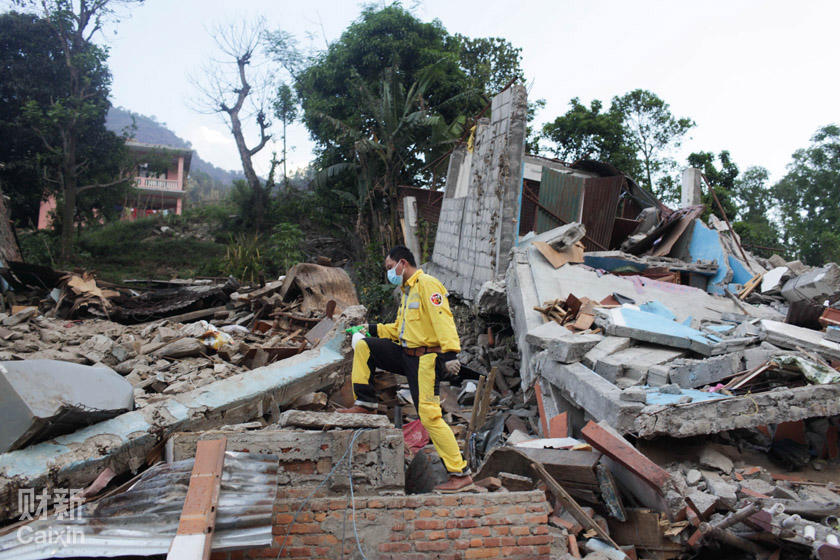 The Global Times said a day after the 7.8 magnitude earthquake on April 25 that China was among the first countries to send chartered flights to take its citizens out of Nepal. It said that passengers would pay nothing for the ride home.

"None of Chinese tourists stranded at Nepal's airport was not overjoyed and moved after they learned that Chinese passport holders can take a flight home no matter if they bought a ticket," Xinhua said.

The reports prompted an outpouring of patriotic and nationalistic responses on social media platforms and online forums, particularly those linked to other state-run news outlets.

"If it were not at a time of a disaster, Chinese people around the world might not have felt how deeply their motherland cares about them and how strong our nation has become," one commentator wrote in an online forum belonging to People's Daily, the Communist Party's mouthpiece.

Neither the Global Times nor Xinhua cited a source for their reports, which unraveled later on April 26, when a reporter in southern China started questioning them.

Li Mingbo, of the Guangzhou Daily, wrote in a social media account on the popular messaging application WeChat that the two news stories were untrue. Writing in Globalwatch, an account run by a group of academics and reporters interested in international issues, Li said that some Chinese tourists were actually being overcharged by airlines for tickets home.

Li's report cited Liu Xiaoguang, a Chinese military attaché who was at the Kathmandu airport, as saying that some people could not board planes even after relatives in China had bought marked-up tickets for them.

Li's article was picked up by Chinese news websites and began to circulate rapidly. The Ministry of Foreign Affairs told the Beijing Times newspaper that it did not know anything about free flights.

A unit of the ministry that oversees the government's responses to disasters abroad said stranded Chinese nationals had to arrange their own trips home.

Neither the Global Times nor Xinhua has commented on their reports.

Bai Jing, a journalism professor at Shantou University, in the southern province of Guangdong, and Ding Mao, one of her students, wrote in an opinion piece that it was no surprise that state-run media outlets had reported incorrect information. This is because the outlets see their main task as providing "positive reporting" intended to cultivate morality, national confidence and patriotism.

"Some might argue that they could be excused for spreading rumors because they did it with good intentions, but this can be harmful," they wrote. "For one thing, their failure to be professional will dent their credibility, no matter if they have good intentions or not."

Nepal's government has said the death toll in that country is over 7,300. The quake has claimed the lives of at least 26 people in the western region of Tibet as of May 5, Xinhua said.