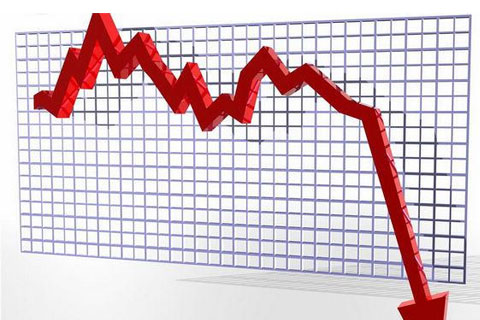 (Beijing) – The securities regulator recently met with representatives of bourses and major brokerage firms to gather opinions on how to manage the risk of leveraged stock purchases – a meeting that was held as the market continued to fall from a seven-year high.

Sources who attended the meeting on May 6 told Caixin that Nie Qingping, general manager of China Securities Finance Corp. Ltd., said the China Securities Regulatory Commission (CSRC) could cap the amount of money securities firms can lend to clients for margin trading.

Nie, whose company lends capital and shares to securities firms, said another option for the regulator to consider is tighter risk management measures for securities firms, including higher requirements for collateral in margin trading.

The market tumbled again sharply on May 7 – a third straight daily decline. The benchmark Shanghai composite index closed at 4,112 points, down from a seven-year high of 4,572 reached on April 28.

The retreat follows a major rally. From May 2014 to April this year, the index more than doubled. This prompted concerns the boom may be followed by a sudden collapse because many investors were highly leveraged.

The securities regulator has warned investors and institutions about the risk in recent weeks.

CSRC officials did not say at the meeting they would heed any of the options put before it, the sources who attended it said. However, analysts say that the fact the discussion was held indicates the CSRC is being very cautious about the recent surge in margin trading contracts and may take action to control the risks.

"Margin trading really increased too fast in March and April, and it is indeed necessary to keep it down a bit now," an analyst familiar with the situation said.

As of May 5, the amount of outstanding margin trading contracts – which allow investors to buy stocks with funds borrowed from brokers – stood at 1.86 trillion yuan, the highest since Shanghai and Shenzhen exchanges started accepting them in 2010. The amount of short-selling – which involves investors betting stock prices will fall borrowing shares from brokers – was less than 10 billion yuan.

Nie said all securities firms should cap the total value of their margin trading and short-selling at four times their net capital as of the previous month.

This means business still has much room to grow, though some securities firms may have to scale back their operations, analysts said.

The combined net capital of all securities firms recently stood at about 770 billion yuan, said He Zongyan, an analyst at Shenwan Hongyuan Securities. He said the total demand for margin trading and short-selling may not exceed 2.5 trillion yuan, meaning that the proposed limit, even if implemented, would not stop the market from expanding.

Li Shaojun, chief analyst at Minsheng Securities, said Nie's other proposal – that requirements for margin trading collateral be strengthened – would have a greater impact on stock prices.

He said regulators including the CSRC have clearly reached a consensus on bourse regulations. "They want prosperity, but it must be in a healthy way and not an accumulation of risks."

"Margin trading and short-selling carry almost no risk for securities firms, but the whole industry has never managed such a massive amount of debt and it is an open question whether it is prepared for extreme situations," a manager of the business in a listed securities firm said.

Huang He, partner and managing director of Boston Consulting Group, said the risk of margin trading operations may have been underestimated because most securities firms rely on employees rather than a computer system to keep track of changes in client's margin deposit accounts, meaning that they could fake data and let clients deposit less money than they should in the accounts. This has happened before, he said.

So in absolute terms the risk may not be great, he said, but regulators should be prepared for the market to collapse, however unlikely it may seem.

The CSRC had performed stress tests of securities firms and found the overall risk controllable, he said, though some may face losses.