Putting the Pedal to Metal on Ethanol Production 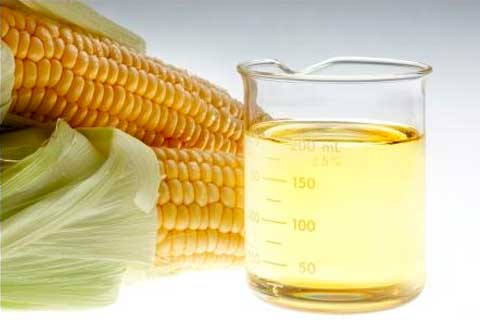 China should think out of the box in its battle against auto emissions. For a long time, we have focused on reducing car use and improving fuel standards, but rarely have we thought about adopting new types of fuel.

Overseas experience has proven that the use of ethanol gasoline can reduce air pollution and carbon emissions because blending ethanol with gas improves combustion. Scientific data show that using gasoline blended with 10 percent ethanol fuel emits up to 30 percent less carbon monoxide. It also produces fewer nitrogen oxides and ketones, chemicals that can form PM2.5, fine particulate matter and a key contributor to smog. In addition, making gas one-tenth ethanol can also reduce carbon dioxide emissions by about 10 percent. For this reason, the United States and European countries use ethanol as an important additive for gasoline.

In China, promoting the use of ethanol in gas provides an additional benefit for the agricultural industry and farmers, while helping consume grain stockpiles. Every year, China has to dispose of nearly 20 million tons of bad or tainted grain that is not safe to use for food, including wheat, corn, sorghum and other grains. All of these can be used to produce ethanol.

The second generation of ethanol fuel, known as cellulosic ethanol, is produced from straw, grasses or the inedible parts of plants. It offers farmers an additional source of income while reducing the burning of straw, which has been cited as a source of air pollution in China.

Countries like the United States, Brazil, France and Japan have all provided policy support for the development of ethanol as a source of clean energy. Promoting the use of ethanol gasoline will also bring environmental, economic and social benefits to China, especially in the Beijing-Tianjin-Hebei region, which suffers from a big smog problem.

China started to develop its ethanol industry in 2000 and has become the world's third largest producer and consumer of the fuel, after the United States and Brazil. In recent years, ethanol gasoline has been widely adopted in provinces such as Henan, Heilongjiang, Jilin and Liaoning, but progress has been slow in Beijing, Tianjin and Hebei, partly because a lack of policy impetus and public misunderstanding.

Promoting the use of ethanol gasoline will require institutional arrangements to guide consumers. This can be achieved through deepening reform in China's market for refined oil, which is still partly controlled by the government.

Taking the chance to promote ethanol gas in the Beijing-Tianjin-Hebei region may lead to further reform by liberalizing the wholesale, storage and retail aspects of the industry to allow more players to enter the market. A more market-oriented pricing system will be one result.

Changes are also needed in tax and subsidy policies. The U.S. government offers subsidies to ethanol producers to lower the price, making it more competitive with unleaded gasoline.

Ethanol fuel production in China has long been under government control, but a subsidy scheme ends in 2016. A tax rebate policy was also eliminated in January. To promote ethanol gasoline, what China needs is not the scrapping of tax incentives and subsidy policies, but improving the efficiency of the policies to encourage production and sales, and enhance competitiveness.

Also, the country needs to set up standards and certification systems for ethanol-gas blends to track production, sales and quality control.