Public Hospitals to Be Opened to Investors, State Council Says 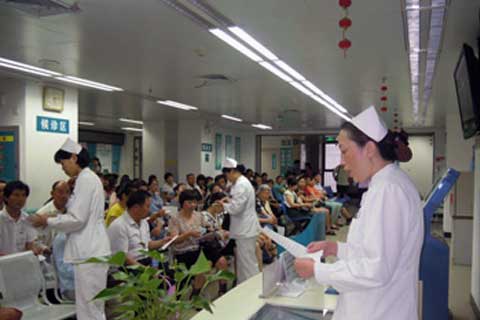 (Beijing) – Some public hospitals around the country will be opened to private investors as part of an overhaul of the hospital system, the State Council said on May 17.

The cabinet has not announced how the hospitals will be chosen or what stakes investors can hold, but it urged hospital administrators to evaluate assets ahead of the change.

The privatization push is part of an overhaul of the 6,800 public hospitals in the country's urban areas that is to be completed by the end of 2017.

The changes are an extension of a pilot launched in 2010 that involved 17 public hospitals. It was expanded to 34 hospitals in urban areas in early 2014 and involved another 66 by year's end.

Under the program, public hospitals were barred from marking up the drugs that doctors prescribe to finance operations, and instead were required to raise their levels of service to stay afloat. The State Council told hospitals to lower the percentage of their income gained from prescription drugs from between 35 and 50 percent to below 30 percent.

Other provisions require patients to seek a doctor's referral in neighborhood and township medical facilities before they can seek treatment in big hospitals. This was done in a bid to ease pressure on large hospitals that are overwhelmed by patients who have little faith in smaller hospitals.

The reform of public hospitals in cities runs parallel to reforms targeting thousands of county hospitals across the country. These changes are being made in the hopes of reining in soaring medical expenses and inequality in medical services.

Zhu Hengpeng, director of Center for Public Policy at the Chinese Academy of Social Sciences, said that privatization of public hospitals would boost their competitiveness and lower medical costs. However, he said that one problem is that the country has no rules for evaluating intangible assets of public hospitals.

Cao Jian, an economist at the University of International Business and Economics in Beijing, said public hospitals in urban areas will face a dilemma similar to the one confronting rural hospitals: either lower their level of service or get more funding from the government.

Liao Xinbo, an official from the health commission in the southern province of Guangdong, said that ending the drug mark-ups would lead to financial shortfalls at public hospitals and that without government help hospitals may have to charge more for other services to make ends meet.

"The abolition of the drug mark-up, which is otherwise aimed at addressing soaring medical costs, might just end up resulting in more burdens for hospitals and patients," he said.

In March, officials in the southwestern city of Chongqing were forced to suspend a plan to double the costs of dialysis to nearly 3,000 yuan because about 1,000 patients protested in the streets.