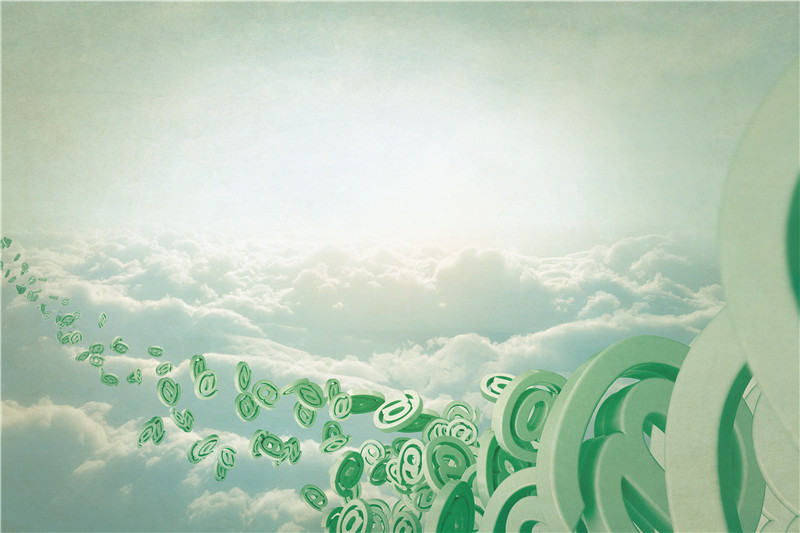 Should we unravel our variable interest entity (VIE) structure and seek a listing on the A-share market?

This is a question that is being asked frequently by the entrepreneurs behind many Chinese start-ups preparing to list overseas who I have talked to recently.

For those who do not know what a VIE is, here is a brief introduction. The structure is used by Chinese companies to circumvent China's regulatory restrictions on foreign share ownership in certain industries so they can go public overseas. Almost all Chinese Internet firms listed on foreign stock exchanges have been able to do so only by using the VIE approach.

The recent boom in the A-share market has prompted many people to have second thoughts about their plans to head overseas, but the real issue is more complicated.

In my opinion, most firms that have been pondering the question should end their efforts to create a VIE arrangement and return home, except those that:

1) have a foreign counterpart who has received a high valuation in foreign markets, such as the firm that runs Didi-Kuaidi, a taxi-hailing and private car sharing smartphone application modeled after Uber;

2) serve clients primarily in Europe and the United States;

3) have already set up a VIE structure and need continuous and strong capital investments;

4) have a potential market valuation of US$ 100 billion or more, which the Chinese market may not be able to support;

5) cannot list in a domestic bourse for regulatory reasons, such as a casino operator; or

6) must go public overseas because the founders want to diversify their asset allocation globally for fear of domestic political and social changes.

The remainder of Chinese Internet companies should all come back and list on either the A-share market or the New Third Board – a national over-the-counter market for private enterprises – especially those that grew up serving the unique demands of Chinese customers.

Now the question becomes: Are the price premiums in the A-share market going to persist?

I think so, at least for companies that represent the future of China's economic development.

These are the reasons.

China's economy is shifting gears to become one driven by consumption and innovation. The government will introduce policies and regulations to facilitate this transformation and encourage innovative companies to list on the A-share market and the New Third Board. This expectation alone will cause investors to give high evaluations to companies.

Considering the huge size of the Chinese market and the relative backwardness of traditional industries, the Internet and its cooperation with other industries are going to have a more significant influence on China's economy than on the United States and European countries. Herein lies the great growth potential for companies in those fields.

Exceptional Internet companies will enjoy greater price premiums on the A-share market because there are so few of them.

Many A-share firms are poor quality. Many will see their valuation shrink over time, while innovative companies with growth potential will attract disproportionately more capital.

The Chinese government is also likely to continue employing a loose monetary policy that favors the stock market because of the slowing economy and problems with local government debt.

Finally, a real registration-based system is unlikely to be implemented any time soon in the A-share market, despite all the attempts and experiments that have been tried. As long as there is still need to get regulatory approval beforehand, the market's price premium will not disappear.

At present, the average price-to-earnings ratio of companies listed on the main board of the Shenzhen and Shanghai stock exchanges is about 25 times, compared with 20 on the Nasdaq and 12 in Hong Kong. The figure for companies listed on Shenzhen's ChiNext Board for growth enterprises has exceeded 110, and that for companies on the New Third Board, which has seen strong rallies recently, has approached 60.

These are clearly not sustainable valuations and the numbers will certainly fall sometime, but I think the A-share market will continue to show some price premiums over the Hong Kong and the U.S. stock markets for a long time.

The New Third Board may lack the liquidity and recognition of the ChiNext Board, but its flexibility appeals to many companies. Its future depends on how soon and how well the A-share market can implement a registration-based IPO system. The worse the process goes, the more likely the New Third Board will become China's Nasdaq. Otherwise, most good start-ups will likely to choose the ChiNext Board or the Small and Medium Enterprise Board.

A firm could tap into the Chinese capital market through an IPO, a backdoor listing, or being acquired by an A-share-listed company. Or it could issue shares on the New Third Board. Each of these methods has its merits and flaws.

The ChiNext Board offers the highest valuations, but there is too much uncertainty as to when an IPO request will be approved. Listing on the New Third Board would be the fastest route, and unless a firm has more than 200 shareholders, its request to list on the board does not even concern the regulator.

A backdoor listing is also an option, but a company needs to have profits to be successful. Investors that simply want to cash in their holdings in the company could sell their stake to a listed firm.

Then comes the most challenging part of the job – undoing the VIE structure.

Don't be too optimistic about the government opening the capital market directly to VIE-structured companies in the near future because even if the top leadership has said great Internet firms should be allowed to list on a domestic stock exchange, it will take at least a year and a half to two years before words become deeds.

Of the many issues that undoing a VIE structure must solve, two stand out. One is how to deal with foreign investors who have joined the scheme. The other is how to minimize taxes.

A VIE structure can be unraveled with or without requiring the existing foreign shareholders to sell their stakes, depending on whether the business concerned is off-limits to foreign investors or open with restrictions.

A business that is not off-limits to foreign-invested companies could undo its VIE structure by changing either the VIE – which in China is usually an entity established to hold the Internet Content Provider (ICP) license – or the Wholly Foreign Owned Enterprise (WFOE) into a joint-stock firm. This is the easiest way out because it allows foreign shareholders to keep their stakes.

A business in which foreign investors are not permitted to hold stakes faces a tougher challenge because requesting them to sell could be much more difficult and time-consuming than it seems on the surface.

One way to solve this problem is to allow the foreign investors to continue sharing in the benefits of the business in China through contractual agreements even after they sell their holdings.

Whatever method they want to use, Chinese shareholders will need their foreign investors to agree. For companies that have received a high valuation from foreign investors, reaching an agreement could be particularly hard.

And there is the issue of which institution will take over the foreign investors' holdings. They mainly include yuan investment funds and domestic yuan private equity and venture capital funds.

The other primary issue for consideration regards tax. Depending on the method chosen, dismantling a VIE structure often comes with heavy personal and/or corporate income taxes. That means even if a person's shareholdings in the core business do not change after the restructuring, taxes may still be levied.

Meanwhile, U.S.-dollar investment funds and companies that specialize in managing those funds will face tremendous challenges. In three years, perhaps half of these funds will disappear.

Many Internet companies chose U.S.-dollar funds over yuan funds because – unlike the yuan variety – they do not require firms to be immediately profitable, and they generally give higher valuations to Internet ideas.

But this is changing.

More yuan investment funds have been adopting the valuation approach used by U.S.-dollar funds, meaning that they are starting to put more emphasis on the growth potential of an enterprise rather than its current profitability and they are more willing to take on risk.

In the future, popular institutional investors will be those that manage both yuan and dollar funds and are able to switch between them with ease. They will likely be one from the following categories: 1) a listed large Internet company, such as Baidu Inc., Alibaba Group Holding Ltd. and Tencent Holdings Ltd.; 2) conglomerates; 3) fund management companies that have both dollar and yuan funds; and 4) flexible U.S.-dollar investors who allow others to hold investments on their behalf.

That means that in the future, when entrepreneurs choose investors, they will base their decision on not only the common factors such as the performance and the credibility of a fund but also whether it could be an obstacle should they decide not to proceed with a VIE structure and list instead in the Chinese market.

What We Really Need

Most importantly, it is time that we change the system of foreign investment regulations.

The Internet industry is becoming a powerful engine driving the growth of the Chinese economy, but existing laws and regulations seem to have been set against its development.

For example, an Internet firm must build itself as a platform to be successful, but to do that, it must obtain an ICP license from the government. Also, in theory, foreign investors could hold less than 50 percent of an ICP company, but the government has rarely let anyone make such an investment.

In addition, almost all Internet companies that want to be a platform will be burning through investment capital when they are still young, but it was only until very recently that yuan funds started accepting this because they are all aimed at the A-share market, which permits only profitable enterprises to list and be acquired.

Having no other option, many Internet firms chose the VIE structure.

For the past 15 years, since Sina Corp. went public in the United States this way, the VIE has been controversial in China. It is time we clear its name.

If it were not for VIEs, China would not have had Internet giants like Baidu, Alibaba and Tencent, and it would have not had such a close relationship with the world. Chinese enterprises would not have enjoyed a leading status in the industry globally, and they would not have been able to play the role they are playing today, namely providing momentum for structural reform of the economy.

What we need to do is call on the government to follow up on its promise to lower the entry threshold of the e-commerce industry and allow joint-stock and even wholly foreign invested e-commerce enterprises to obtain an ICP license.

We need to call on the government to open the door wide to more emerging industries, such as Internet-based financial services, to foreign investment; to draft a law that regulates foreign investments with a "negative list;" and to reassure old investors that their previous activities, even though they may seem technically illegal, will not be punished.

Ultimately, we should appeal to the government to abolish the ICP system and stop using share ownership restrictions to handle content management.

With these efforts, perhaps before long some VIE-structured enterprises will be allowed to list on a Chinese bourse directly without having to undo the arrangement. And then there will be no need for any other entrepreneurs to use the VIE structure in the first place.

Wang Ran is the founder and CEO of China eCapital Corp. This is a translated and abridged version of a longer commentary that appeared on Caixin's Chinese website and magazine