China Uses Drones to Monitor Pollution Problem from Above 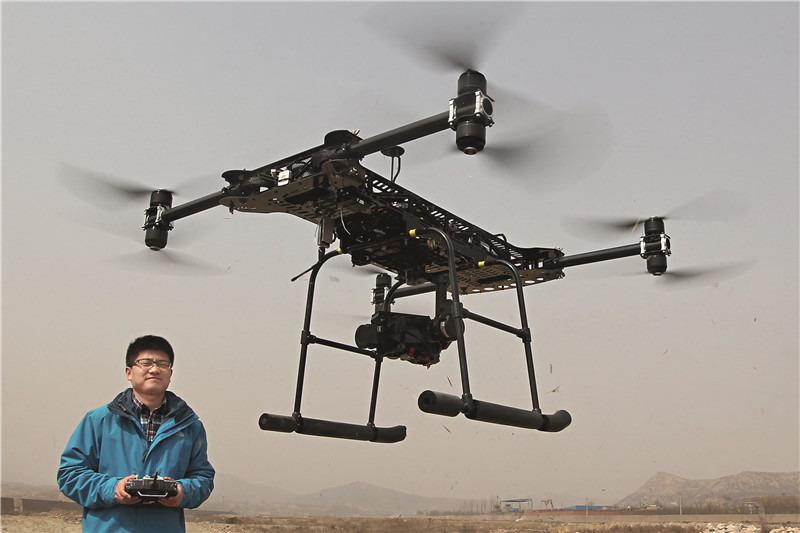 In the central city of Wuhan, drones were sent up to inspect emissions from chimneys in urban area that are usually linked to the local heating system. In the northeast, environmental officials in Heilongjiang Province used drones to monitor straw burning in rural areas, a source of air pollution.

The Ministry of Environmental Protection has also had drones fly over steel mills, refineries and power plants to gather information about possible emission violations. On May 18, the ministry published information on its website regarding penalties imposed on several major industrial companies in Hebei Province, in the north, that drones caught committing emissions violations.

China has spent billions of yuan in recent decades to develop a national pollution monitoring system, but its effects have been limited because polluters always seem to be able to find ways to hide.

Now, as the prices of remote control drones fall and their performance improves, many officials and experts are counting on the technology to become a powerful new tool in environmental supervision, but others said it is too early to celebrate.

The environmental ministry started to use drones for monitoring purposes in early 2012. Large-scale use for pollution detection started in November 2013, when a special inspection project was launched in several heavily polluted cities in Hebei, which nearly surrounds Beijing.

Xu Jianchao, an environmental inspection official in Liaoning, said drones also went into use in that northeastern province in 2011. The next year, Liaoning's environmental department used drones to film and collect data on the Liao River basin.

More cities joined the effort last year, including Wuhan, Harbin, Yangzhou, Jinan and Tianjin. In November, the State Council, China's cabinet, issued guidelines on environmental supervision that encouraged the use of drones.

Officials hope the new technology supplements the existing monitoring system, which was established in the 1990s. In 2004, a nationwide environmental monitoring network started operations, collecting data for a national pollution database.

China has poured tens of billions yuan into the system and placed monitors in more than 10,000 locations across the country, but its contributions to pollution reduction have been limited.

Experts said companies have found ways to escape the monitoring, such as discharging emissions when the system is offline, doctoring software and even taking down the monitors.

Some experts say using drones to monitor pollutants will help environmental regulators counter the data fraud problem. Drones equipped with cameras and sensors can quickly scan targets on the ground and send data back to experts for real-time analysis or store it for later study.

"Using aerial photography, we can see whether there is dark smoke coming from a chimney," said Xie Tao, vice president of the Institute of Resources and Environment Science, a environmental technology consultancy in Beijing. "Problems can be quickly detected from images taken by drones."

Xie said that drones can detect changes in air quality using spectroscopy technology and also collect samples of particulate matter. The flights can also detect water pollution by looking for changes in the color of water.

Xu, the official in Liaoning, said that compared to traditional monitoring, drones are not limited by geographic conditions. They are more mobile and can collect accurate data for a broad area in a short time, cutting the costs and the manpower needed for environmental monitoring.

Starting last year, an increasing number of officials and scholars have called for using drones to perform regular environmental inspections, but some experts said the technology is limited due to various factors.

Liu Rui, president of the Institute of Resources and Environment Science, said sensors on drones can detect air pollution, but have a difficult time identifying specific emission sources.

Xie said a lot can still be done to improve the capability of drones. This includes expanding flight range and better integrating equipment.

And some experts said environmental officials have not worked out guidelines or standards for drone inspections. The training of the people controlling the drones is also inadequate.

One expert said drones are only supplementing traditional monitoring efforts.