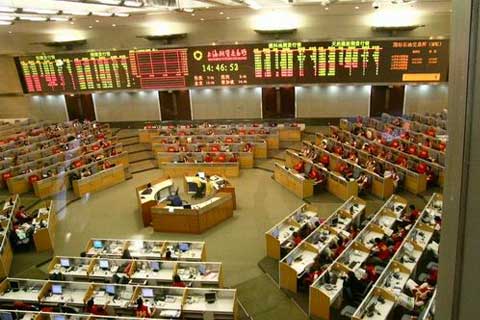 (Beijing) – Top executives at six stock, commodity and futures exchanges in China, including the Shanghai and Shenzhen bourses, have apparently taken a pay cut of up to two-thirds to bring their salaries in line with those at other state-owned institutions.

The pay cuts, which have not been made public, were backdated to January, a person with knowledge of the matter said. The other four markets were the Shanghai Futures Exchange, China Financial Futures Exchange, and the Zhengzhou and Dalian commodity exchanges.

The six exchanges are the favored places of employment for former senior officials at the China Security Regulatory Commission (CSRC) because they pay more than the regulator does.

A senior CSRC official is not required to wait three years before taking a job an exchange, as lower-ranking officials are. A large number of senior officials have left the CSRC for the better-paying posts in recent years.

An official at the Shanghai Stock Exchange said the pay cuts would have greater impact on former CSRC officials who have settled in Shanghai because they had to relocate to the eastern city.

The pay cuts are part of government efforts to address rising public discontent over what some perceive as excessively high salaries for top executives at state-owned institutions, especially banks and big companies.

The pay levels for senior executives at five state-owned banks were capped at 600,000 yuan starting on January 1.

Jiang Jianqing, president of Industrial and Commercial Bank of China, the country's biggest bank, was the highest paid banking official in China in 2013, earning about 2 million yuan.

The drastic pay cuts at the exchanges could spill over to lower-ranking managers and cause a brain drain when talent is in demand as the mainland's stock markets integrate with others, such as Hong Kong's.