Special Effects Firm's Stock Tumbles, as Does a Tycoon 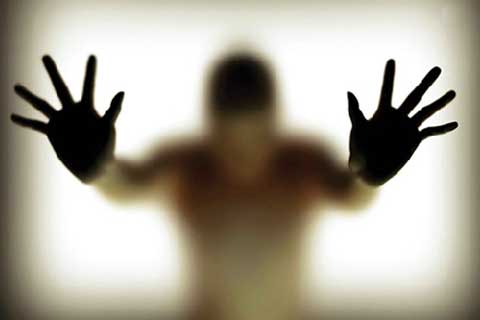 (Hong Kong) – The mysterious Chinese businessman behind a Hong Kong-listed movie special effects company that saw its share price fall by more than 40 percent on June 3 was detained by investigators in Beijing a day earlier, people with knowledge of the matter say.

The sources did not say who detained Che Feng, who owns a stake in Digital Domain Holdings Ltd. His mobile phone was switched off, they said.

Che, 45, is a major shareholder, through several of his investment vehicles, in at least four companies listed in Hong Kong, including Digital Domain.

Digital Domain's share price fell to HK$ 1.26 per share on June 3, down 41.4 percent from the previous day, amid speculation that its top managers were being investigated, an accusation an executive at the company denied.

Company documents show Che owns nearly 38 percent of Digital Domain through two firms he controls: Wise Sun Holdings Ltd. and Fortune Source International Ltd. Even after the price collapse, the paper gain on the investment was more than HK$ 5.8 billion.

Sources close to the situation said the probe into Che was related to Guo, himself a close ally of Ma Jian, a former vice minister of state security, who was detained in January by the Communist Party's graft buster.

Che lent 600 million yuan to Guo to help him get through a tough period and this cemented their relationship, the people with knowledge of the situation said.

Che is the son-in-law of a former central bank governor and served on the board of supervisors at China Ping An Insurance Group from 2006 to 2009.

An investigation by Caixin found that Che made his first fortune in December 2002, when he took over Zhongtou Chuangye Investment Ltd., which held stakes in Ping An Insurance Co. and Haitong Securities Co. Both companies later went public, and Che sold the shares for more than 6 billion and 3 billion yuan, respectively.

Che then focused on private equity and investing in public stock. He often made investments through companies including Dinghe Venture Capital and Ever Union Capital.

Digital Domain's share price has surged this year. It reached a high of HK$ 2.75 on May 19 –more than 16 times its price at the beginning of the year.

In a statement filed with the Hong Kong Stock Exchange, Digital Domain said: "We are not aware of any reasons for these price and volume movements or of any information which must be announced to avoid a false market in the company's shares or of any inside information that needs to be disclosed."

In a conference call on June 3, managing director Zhu Xi said the company had made no major changes to its business plan or strategy. The plunge was "probably caused by investors cashing in after a previous price rise," Zhu said.

He added that no company manager is being investigated, as some speculated.

Company financial reports show Digital Domain had net assets of HK$ 268 million as of December 31, and its 2014 net profit was HK$ 43 million. It was nominated for Best Visual Effects in the 87th Academy Awards this year for X-Men: Days of Future Past.

Traded under stock ticker 547, the predecessor of Digital Domain was Sun Innovation Holdings Ltd., a shell company acquired by Fortune Source International and Wise Sun in 2009.

From 2011 to 2012, Sun Innovation announced plans to acquire mining sites in South Africa and Cambodia and a hospital in Shanghai, but those ideas were later dropped.

In 2013, Sun Innovation bought the assets of what had been Digital Domain Media Group Inc., a special effects company co-founded by Titanic and Avatar director James Cameron. Digital Domain went bankrupt in 2012 and was sold to a group of Chinese and Indian film companies.

Sun Innovation renamed itself Digital Domain Holdings after the purchase.

A company financial report shows that by the end of 2014 Che held 4.8 billion convertible securities in Digital Domain. They can be converted into company shares at HK$ 0.04 each.