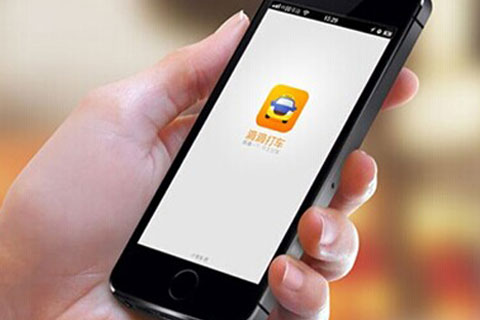 (Beijing) – The company running two major car-hire applications said on June 4 it is ending a promotion that gave passengers free rides on Mondays, apparently due to pressure from taxi firms and the government.

The company behind the Didi and Kuaidi smartphone apps was running a promotion that gave passengers in 14 cities, including Beijing and Guangzhou, two free rides on Mondays, starting on May 25 and continuing to June 15.

The firm – it has not announced its name since the companies running the Didi and Kuaidi apps said in February they were merging – said the promotions were popular, with some 2.15 million people taking advantage of it on the first Monday and another 3.85 million using it the next week.

The company did not say why it was stopping the promotion, but said money was not a factor. However, an employee of the firm said complaints from taxi drivers and the government's disapproval were the reason it ended halfway through.

The employee also said that transport officials in the capital told the leaders of the Didi-Kuaidi firm on June 2 that apps allowing rental or private cars to pick up passengers were breaking the law because they do not have taxi licenses.

The car-hire apps have been growing popular in China's cities because the vehicles are clean and new and the drivers are polite. The cars often come from auto rental companies and the drivers are arranged by temporary labor agencies – an arrangement used to skirt laws requiring taxis to be licensed. Owners of private cars were also working with the temp agencies to make extra money on the side, something akin to the Uber service seen in other countries.

While urbanites like the extra transportation option, the government has been less enthusiastic. The capital's government says law enforcement officers ticketed 161 Didi Kuaidi drivers in the first five months of the year. Drivers face fines of up to 20,000 yuan and cars can be impounded.

The clampdown by Beijing's authorities would hurt the car-hire services, said Yu Hui, a researcher at the Institute of Industrial Economics at the Chinese Academy of Social Sciences, a government think tank. The transport services using vehicles from rental companies could be banned, he said.

Other city governments around China are also starting to tighten rules for the car-hire services – after letting the business grow in a grey area over much of last year. Didi-Kuaidi's office in Luoyang, in the central province of Henan, was closed in May after taxi drivers protested against the business. The government of that city has said it will investigate the car-hire apps.

Also, officials in the southern city of Guangzhou raided the office of the U.S. car-hire company Uber in late April for "organizing private drivers to provide unlicensed businesses."

Ministry of Transport officials held a meeting on June 3 to discuss ways to handle the car-hire businesses, a person in attendance said. The result could be stricter rules for companies offering the service.

Versions of the Didi and Kuaidi apps also let individuals arrange taxis, but that has been less controversial. Officials in Shanghai recently decided to regulate the apps instead of banning them.