Sichuan Can Provide National Economy with Room to Maneuver, Its Governor Says 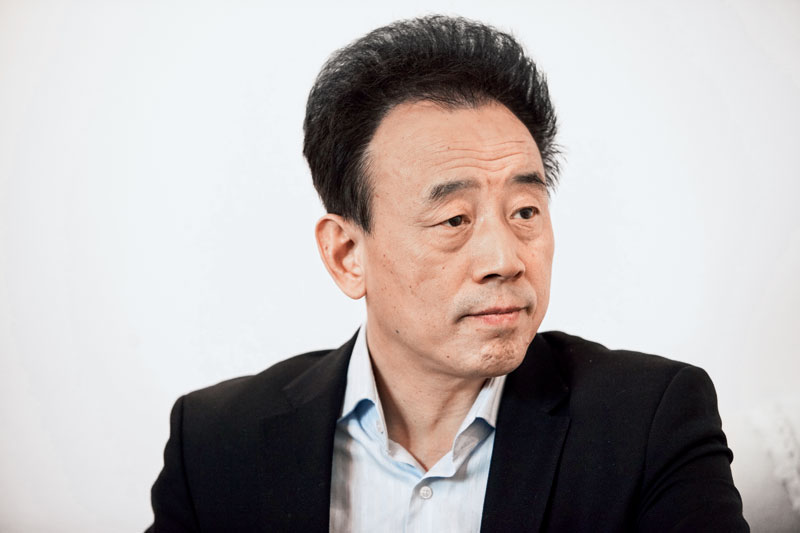 (Beijing) – The southwestern province of Sichuan has been falling behind regions along the coast in economic development, and is also stuck with a large amount of debt, partly the result the two major earthquakes. Despite this, during a recent interview with Caixin, the province's governor, Wei Hong, said Sichuan's potential for growth can provide the national economy with "room to maneuver" if it can get the backing of the central government. Wei, 61, has spent more than three decades in Sichuan rising through the ranks of government. He also shared his thoughts on how the country should approach macro-economic adjustments to maintain steady growth.

The following are edited excerpts of the interview he gave Caixin.

Caixin: How would you view the policies for macro-economic adjustment?

Wei Hong: Based on what I've seen, at national level, the central government has shifted macro-economic policies from an adjustment tied to a band of growth to a targeted adjustment via measures in the following four areas. First, the government makes good use of fiscal policies so that it can provide great deal of public services. Also, an increase in spending in public infrastructure construction can spur investment from the private sector. Second, the government can use its monetary policy flexibly, and third, it can reinvigorate the market via deregulation, and vigor in the market can help offset the downward pressure. Fourth, the central government can increase spending on projects linked to people's livelihoods, which will help stabilize growth.

As for local governments, they need to have a better grasp of the rationale behind these central government policies. Local governments can do little in areas such as the formulation of the fiscal and monetary policies, but what they can do is to make use of the policies as much as they can. To maintain steady growth, we will face several major challenges, including the difficulty in providing affordable finance for the real economy. In Sichuan, we have taken some effective steps to stabilize investment, industrial growth and growth of consumption.

How would you view the downward pressure on the economy?

An economic slowdown is much more evident, and problems range from a slowing of industrial output and investment growth to a shrinking of tax revenues and foreign trade, as well as growing difficulties that manufacturers are facing. Since Spring Festival, migrant workers from Sichuan have had difficulty finding jobs in the coastal regions as a result of rising number of factory closures and a slump in manufacturing activity.

What has made Sichuan Province, a region with 90 million people, special is that its level of industrialization is low and so is the level of its service industries in comparison with the national average. Sichuan's high-tech output is 10 percent lower than the national average. As a result, the province's per capita GDP is about three-fourths of the national average. Sichuan provides nearly 10 percent of the country's migrant workers, or 24.5 million people. Our GDP grew by 8.5 percent to 3 trillion yuan in 2014, which was not an easy task. After repeated studies, analysis and reviews, we have set this year's target at 7.5 percent because we believe the economy needs to catch its breath.

What are the main engines to help Sichuan maintain steady growth?

Output from traditional industries constitutes about 75 percent of the economy, while high-tech industries and emerging sectors account for the remaining one-quarter. We hope we can cultivate growth both in old industries and new sectors. If we leave some traditional industries to market forces, they might just die. As for oversupply, we also need to be cautious over how forceful we should address the issue because anything we do could lead to job losses. In fact, many old industries have great market potential if they can be upgraded with up-to-date information technologies. For instance, Japanese-made toilet lids became popular with Chinese tourists earlier this year. Are they the products of a traditional industry or modern technology? As a matter of fact, they become a high-tech product only after they are incorporated with smart electronic technologies.

How will Sichuan provide the national economy with "room to maneuver," as you call it?

During the lianghui (coinciding meetings of the legislature and top political advisory body) in March, I said in a report to Premier Li Keqiang the fact that the economy managed to have reasonable growth in 2014 is a testament to what the General Secretary Xi Jinping and the premier have pointed out: the economy has great resilience and potential.

The great potential is within western regions, such as Sichuan. The central government has been right in recent campaigns to bring regulations and policies at regional levels in line with those at the national level. The campaigns are reflective of national interests, but the central government should also take into account regional differences, otherwise, there will no room left for economic maneuvering. I believe that without some low-lying areas in policy formulation, there will be hardly any room to maneuver the economy.

What kind of economic policies does Sichuan need?

In a group discussion with Sichuan delegates during the lianghui, the premier stressed that a nationwide clampdown on tax break policies was meant to crack down on unfair competition and policies at odds with national and international regulations and treaties. But in western regions, regional governments should be given more room to decide what to do with existing preferential policies as long as they can balance their books. If the western and central regions are required to follow the same policies as the coastal regions, how could an investor come to the west? We hope the central government can think about this question in a systematic way, that it can offer the western regions the necessary support. In return, the western regions can provide the national economy with a cushion to avoid a hand landing. It is up to the central government to formulate policies on investment, land development, and local government debt and fundraising. Proper oversight is necessary, but policymakers should have a better sense of the timing for the policies and their intensity.

How has the tightening of oversight of local government debt affected Sichuan?

When the Ministry of Finance conducted this review of local government debt, Sichuan's ranking was quite high, which inevitably had a bearing on how we are going to issue new debts. But we have a good reason for large amount of local debts because we needed to borrow to fund reconstruction after the Wenchuan earthquake in 2008. We had another major quake in Lushan in 2013, when we needed nearly 100 billion yuan for reconstruction in accordance with a central government-approved reconstruction plan. On top of the 46 billion in aid money the central government allocated for Sichuan – the most any local government has received for disaster-relief efforts from the central government – we still needed to borrow more than 50 billion yuan. For these reasons, we have amassed certain debts, but they are within a reasonable scope. From now on, we need to tighten oversight of debts in accordance with central government targets. On the other hand, we will continue to explore more ways of meeting our needs for financing.

You've been stressing the role of the government as the downward pressure on economic growth grows. Why?

Last year, the central government used a raft of measures to stabilize the economy as the pressure grew greater to maintain growth, which was indicative of the role the government can play. If the government had given the market free rein, we could have had a different scenario. While we need to solve many old issues, new challenges are emerging under the current social and economic development. If the government does not work hard to address the problems, the economy could fluctuate drastically.