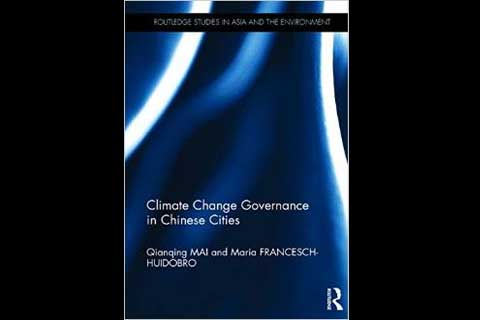 Global warming is one of the greatest challenges of our time. Yet despite all the attention that climate change, air pollution and other environmental issues receive, too few books go inside government decision-making processes to look at the messy, inconsistent and usually unsatisfying business of making and carrying out environmental policies.

This specialist book fills some of that gap with a detailed look at policy formulation and implementation related to climate change in three important southern Chinese cities – Hong Kong, Shenzhen and Guangzhou. The focus on cities, and the close-up look at the collaboration between these three cities, is valuable. Around the world, cities are where some of the most innovative and important experiments in environmental policies are being undertaken. Today's mega-cities are the size of Britain and Germany two centuries ago.

There is a wealth of fascinating detail in this book. These are cities with similar populations (seven to nine million), yet many differences. Hong Kong, a Special Administrative Region that enjoys much more autonomy than the other two cities, is much more energy-efficient: it produces more than triple the GDP per unit of energy as Guangzhou and two-and-a-half times that of Shenzhen. Put another way, although Hong Kong is much richer than Guangzhou, it uses less energy.

This analysis suggests that energy efficiency is an easy way forward for China, a technology-driven free lunch that will lead to higher living standards and an improved environment through using energy – and energy-saving technologies – more intelligently. Amory Lovins and his colleagues at the Rocky Mountain Institute have forcefully made this argument – Lovins claims that it's not just a free lunch but one that the Chinese would get paid for eating, because of the high rate of return on energy-saving technologies, from better building glass to more effective insulating materials.

Unfortunately, on the evidence of this book, there's not a lot to suggest that China is in any hurry to grab the free food on offer.

Although the authors are cautious, the picture they paint is ultimately profoundly dispiriting. Policy formulation is often poor, with little attempt to learn from places like California, that have been experimenting with similar policies for almost four decades. The policies that are developed, whether in Hong Kong or in mainland China, often are carried out in a haphazard fashion (this is not unique to environmental policies, of course). Environmental officials do not rank high in the most government hierarchies.

Tellingly, for all the discussion of policies, there is almost no mention of price – rather than regulation – to implement change. The idea of putting a tax on carbon is not discussed, despite the almost 50 interviews conducted by the authors. The lack of discussion of using prices – whether carbon tax, or removal of subsidies on fossil fuels, higher prices for electricity – presumably reveals the extent to which Chinese policy makers continue to rely on administrative rule-based approaches to policy making. The omission is a sobering reminder of how

governments, whether in mainland China or in the Hong Kong Special Administrative Region (a place that once prided itself on its reliance on markets and prices), often prefer administrative complexity over market simplicity.

The discussion on green buildings is unwittingly illuminating as an example of the often perverse effects of administrative policies. Green buildings are extremely cost-effective for economies as a whole. Even leaving aside the environmental benefits, it is far cheaper to build an energy efficient building than to build the power plant and transmission lines to heat, cool, and light an inefficient building. The benefits of building an inefficient building typically go to the developer who quickly sells it, leaving the owners (and society) to foot the bill in terms of unnecessary power generation and, usually, the associated environmental costs.

Climate Change Governance's discussion of how the Hong Kong government attempted to encourage more energy efficiency by giving developers the right to build more floor space in exchange for supposed green elements illustrates a flawed administrative policy. Developers took advantage of the extra floor space to increase profits but there is no evidence that they built more energy-efficient buildings.

Sadly, and through no fault of this useful and detailed study of the complexity of policy making, examples of failures are far too common throughout this work. Yet there is no evidence of re-thinking a system that prizes administrative oversight over the generally more effective approach of using prices to guide behavior.

Mark L. Clifford is the author of The Greening of Asia (Columbia University Press, 2015). He is the executive director of the Asia Business Council.