Stock Investors Have a Harder Time Getting Money for Leveraged Buys 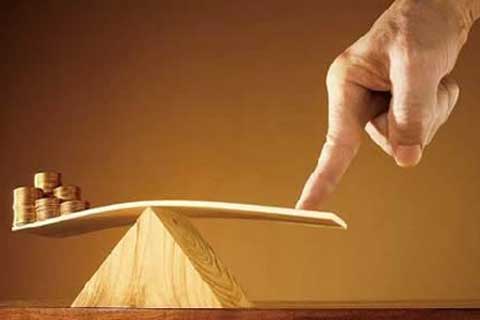 (Beijing) – Financial institutions have become more cautious about lending money to investors playing the A-share market, which is seeing its strongest rally in nearly eight years even as analysts issue warnings of a collapse.

Several sources at securities firms, trust companies and asset management firms – the primary sources of capital for leveraged trading – say they have tightened their requirements for borrowing and lowered the amounts investors can get, even though demand is still strong.

Securities firms lend to investors mainly through margin trading and short-selling, but only about 8 billion yuan out of more than 2 trillion yuan worth of outstanding investments are stocks being shorted.

Several large securities firms, such as Citic Securities and Huatai Securities, revised their rules for margin trading and shorting in late April, narrowing the scope of securities that could be used as collateral.

From October to June, the benchmark Shanghai Composite Index rose from around 2,400 points to more than 5,000, as new investors poured into the market, many buying stocks using money borrowed from securities firms and other institutions.

Meanwhile, the economy has remained weak. This has prompted a debate over when – not whether – the stock market will plunge as investors realize no one will take over their holdings of overvalued shares.

Experts have linked the move by securities firms to control margin trading with recent remarks by regulatory officials about reining in the growth of leveraged stock investments. Brokers say they had realized the risk themselves.

Citic Securities, a leading lender for margin trading, has raised the requirement for guarantee deposits and cut the ratio of capital investors may borrow, an executive from the firm said.

He said the move was to control risk because margin trading on the A-share market has become excessive. The normal level of margin trading and short-selling transactions as a share of a market's total is from 15 to 20 percent abroad, he said, but the ratio in China has reached 30 percent.

Also, he said, in other markets, margin trading and short-selling investments usually account for only 1.5 percent of the total marketization, but the figure in China has been about 4 percent.

An executive from another securities firm said it had also taken measures to cut the ratio of money investors could borrow to their own capital, so a sharp decline in share prices is less likely to wipe out their investments.

Another executive from a securities firm said some brokers were not lending as generously as they had in the past also because they were approaching the regulatory limit that caps lending at four times a firm's net assets.

Folded the Umbrella Up

Trust companies have channeled much capital from bank wealth management products to the A-share market through an arrangement called "umbrella trusts," which are essentially a structured financial derivative that allows bank depositors to lend their money to stock investors.

On April 17, the China Securities Regulatory Commission told securities firms not to open accounts for umbrella trusts and not get involved in any kind of activity that allows stock investors to borrow through ways other than the margin trading and short-selling.

The banking regulator has not spoken publicly on the issue, but sources from several banks said they had been advised to scale back on investments to umbrella trusts.

An employee of a Beijing-based trust company said many large banks had stopped investing in such products altogether.

Through umbrella trusts, stock investors used to be able to borrow up to five times the amount of their own capital, the vice president of a trust company said. The firm cut the ratio to two in June and may reduce it further, he said. He added that there was still a net inflow of capital through the company to the stock market, but the amount was growing slower.

Many private asset management companies through which stock investors can borrow money have lowered their limits on borrowing as well.

Zhang Kaixing, founder of jfz.com, an investment website, said it permitted borrowing of up to five times the amount of principle investment. In April, the ratio was cut to three times or lower.

Investment website miniu98.com imposed a similar restriction on borrowing for stock investment in May.

A manager from Shanghai Tuopai Asset Management Co., which allows stock investors to borrow money, said demand has weakened a bit compared to the December-April period, when the benchmark A-share index soared by 1,000 points to 4,000. The firm used to permit borrowing of up to five times, he said. Now the ratio has been cut to two to three times.