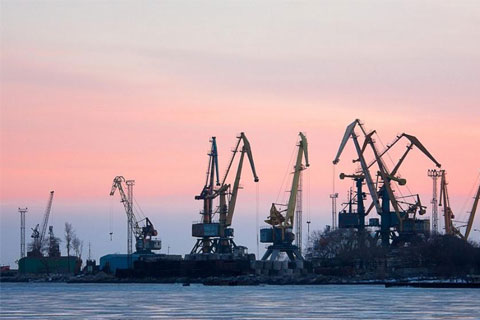 People's Daily recently published an interview with an unnamed figure of authority under the headline "Five Questions on the Chinese Economy." The person said that "current social psychology is at a sensitive period and it is of utmost importance that expectations be stabilized," meaning that the future can be predicted with a reasonable sense of certainty.

This essentially repeated policies that have been in place for nearly two decades. The reaffirmation, coming now, is a signal apparently aimed at private investors and is worth particular attention.

The private sector has grown rapidly since reform and opening up started. It has become the primary source of GDP growth, job creation and tax revenue. In the face of economic hardship, regions where the private economy is more developed are usually in better shape, while those that chronically overlook the development of private enterprise taste the bitter fruits they have sowed.

The central government has tried repeatedly to promote the growth of private businesses because it knows their importance. The third full meeting of the Communist Party's 18th Central Committee said the government must "unswervingly encourage, support and guide the development of the non-public sectors of the economy." It has since rolled out several policies, including tax reform, streamlining procedures and delegating powers to lower authorities, to accomplish this. These polices have invigorated the private economy, as reflected by the recent surge in innovation and appearance of start-ups across the country.

However, the goal of allowing "economies of all sorts of ownership to use production factors equally and according to the law, take part in fair market competition and be protected by law on an equal basis" has not been reached. Private investors are still discriminated against explicitly or implicitly in areas including market access, financing and investment. Violations of private enterprises' lawful rights have been common.

Unless these problems are solved, the private economy will not be able to live up to its full potential, and China will not conquer the economic difficulties it faces or achieve its long-term development goals.

Ensuring the confidence of investors is a serious issue. The only way for private businesspeople to feel good about investing their capital and resources domestically is for them to have some degree of certainty about the future.

China's economy urgently needs a transformation to become more innovative and efficient. It needs the active participation of a strengthened private economy that suits the market, especially in the services sector. Whether it is so-called mixed-share ownership of state-owned enterprises or the public-private partnership arrangement that local governments advocate, they both need to make full use of private enterprises and capital.

But progress on both fronts has been limited. Private investors are still left searching for answers to certain questions: Which fields are open? Are there restrictions to investing private capital? Will a contract with local governments be faithfully implemented? Are the promises made by a former official still valid after a leadership change? How much decision-making power does a private investor have in companies with mixed-share ownership?

Private investors will make their decisions after gauging the risk and potential returns. If they do not feel good about their prospects, there is no power that can force them, generally and consistently, to invest.

China's economy long ago moved past the stage where a simple promise by policymakers can unleash tremendous social initiatives. The inertia of the system and the existence of vested interest have effectively frustrated many policies intended for the good of the private economy. Reform on a deeper level is needed.

Bringing about change requires a new mode of thinking. A top-down approach can certainly provide overwhelming political authority, but it is also more likely to fail because of poor implementation and interpretation. Having a direction and a goal is important, and yet creating the right incentives and making use of the vitality from the bottom up may be more important. The incentives come from a more rules-based social climate, where credible, innovative entrepreneurs can realize their potential and be applauded. Rule of law is worth looking forward to. Private investors are enterprising and innovative only when they believe that they will be treated as the equals of state-backed investors and governments in disputes.

All of this requires a break from the old practices of a planned economy. Many local governments have responded to central government policy by setting targets, such as how many entrepreneurs and start-ups to support in a year. But businesses nurtured in this way are never strong enough to withstand turbulence in the market. If the government picks the "good ones," the market is blocked from playing a decisive role in dishing out resources. What is needed most from local governments is a better business environment and respect for market rules.

Overcoming obstacles in the current way things are done will require a new culture to be developed, so that unhealthy relationships between businesspeople and government officials can be eliminated. In the past, some officials have abused their power and violated the rights of private enterprises; some private businesspeople have courted and blackmailed civil servants using money and sex. In response to the crackdown on corruption, some officials have tried to stop even normal communications with private businesses. Only through better regulations and oversight that let the sun shine on business and governance can the two have healthy relations.

Making private investors feel confident in their futures is not a makeshift strategy improvised to save the economy from immediate pain. It is a necessary precondition for the economy to continue growing sustainably.

Governments at all levels must stick to the plan regardless of fluctuations in economic conditions. The most pressing tasks are dealing with the problems private businesses face in the areas of market entry, tax burdens, financing difficulties and the right to equal treatment. Solving them will provide the foundation for further progress. The government must not shirk from this responsibility.