Closer Look: How a Child Comes to Pen the Words 'Death Has Been My Dream' 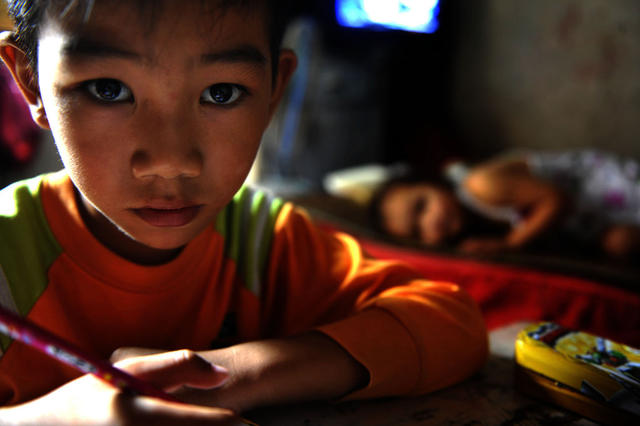 (Beijing) – The death of four children in the southwestern province of Guizhou has highlighted the problems faced by the millions of China's "left-behind children" – rural youngsters who remain at home while their parents go off to find work in big cities.

The four – three sisters and a brother aged five to 13 – were found dead after drinking pesticide at their home in Cizhu Village, in the city of Bijie, on June 9. Villagers and officials said the children had lived alone for years because their father has migrated to find work in another province and their mother left home in 2013.