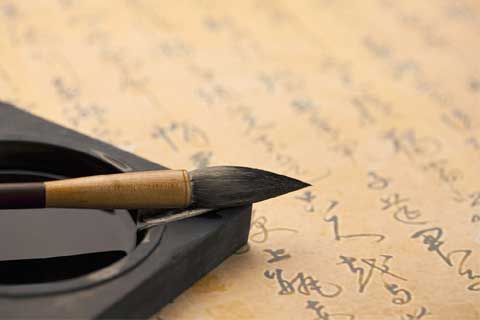 (Beijing) – A series of textbooks focusing on traditional Chinese culture and history recently appeared at the country's top academy for civil servants, paving the way for what state media reported is the government's first attempt to systematically train officials and Communist Party cadres in the subjects.

The series of books arrived at the Chinese Academy of Governance on June 15, the official The Beijing News reported the next day.

The 11 volumes include one on the "international comparative advantage" of Chinese culture, and seven on the proper methods and useful tactics of governance gleaned from the country's history. The other three textbooks discuss how to become a clean official and a person of integrity, and how to find inner peace by interacting with nature.

The academy and all civil servant schools in the provinces will teach required classes using the textbooks starting in September, said Zhang Jian, the books' deputy chief editor. This is the first systematic push the government has made to have senior officials and cadres trained in "guoxue," or national studies, Zhang said.

Guoxue refers to a wide range of issues related to Chinese civilization, including history, philosophy, art and literature. The subjects are taught at many civil servant training centers as elective courses. Students from primary school to university must take classes on traditional Chinese culture.

Interest in guoxue has been revived in recent years, as President Xi Jinping has repeatedly said that cadres and officials should look to history for lessons and moral principles that can help them improve their work.

The Beijing News also reported that the books' chief editor, Xu Hongwu, said that the rejuvenation of the Chinese nation – an idea that several thinkers and leaders including Xi have mentioned through the years – requires officials and cadres to be well versed in guoxue.

Qi Fanhua, a professor of public administration at Renmin University, told Caixin that using history and traditional culture as guidelines for modern governance had drawbacks that the courses should avoid.

For one thing, he said, an inherent flaw in Chinese politics and bureaucracy throughout history is an emphasis on attaining power at any cost.

Qi said that the book Zizhi Tongiian, or History as a Mirror – which records Chinese history from 403 B.C. to A.D. 959 and which anyone studying guoxue would inevitably encounter – is rich in stories of how emperors, members of the court and other figures battled for power, through sometimes insidious means.

The only lesson that officials should take from this, Qi said, was that excessive craving for power opened damaging rifts in a government. "The negative effect of internal conflicts will perhaps outweigh the positive things brought about by guoxue," he said.

Qi also said that reform of China's political culture should start with attitudes toward power.

"Power plays are more about the distribution of existing resources and they put more focus on control and less on development," he said. "This is a feature of classic Chinese traditions that conflicts with the ideas of modern state governance.

"You cannot use methods from old prosperous dynasties to rule a modern society. It does not work that way."

Guoxue could be helpful if examples of noble characters are used to inspire officials to serve the public, Qi said, but this should be separated from the principles of governance that the country is trying to instill in its civil servants.

He also said the government probably sees guoxue as a way to improve the discipline of officials, which suggests it is unsatisfied with the current situation, in spite of the intense crackdown on corruption Xi launched when he came to power in late 2012.