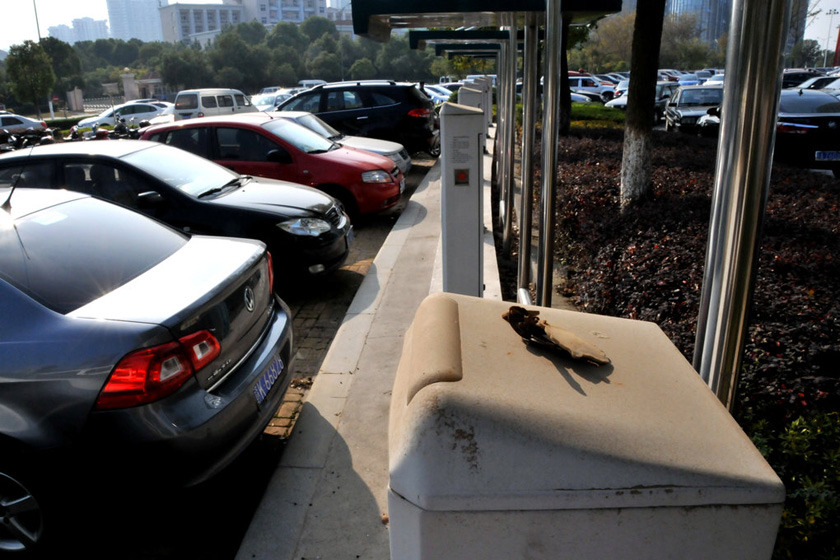 (Beijing) – People in Beijing and Shanghai can now book new-energy vehicles on the popular Didi and Kuaidi mobile applications, an executive at the company running the apps says.

The price of riding in electric cars made by Beijing Automotive Industry Group Co. Ltd. (BAIC Group) and hybrids made by SAIC Motor Corp. Ltd. will be the same as that for a regular vehicle, the executive said.

The Didi-Kuaidi firm will have around 10,000 new-energy vehicles on the roads in 20 cities in the second half of the year, the executive said.

The Didi-Kuaidi firm and BAIC Group said on June 4 that they had agreed to cooperate. The deal will see Didi-Kuaidi introduce new-energy cars on its apps and provide the carmaker the data on charging times and frequency.

Xu Heyi, chairman of BAIC Group, said the cooperation was an important step in the carmaker's exploration of business related to the Internet.

The executive at Didi-Kuaidi said one advantage of offering new-energy vehicles is that local governments place fewer restrictions on when they can be use. Both the capital and Shanghai have laws in place to limit the number of cars on their roads, but those rules do not apply to new-energy cars. New-energy cars are also cheaper to maintain than regular cars, the executive said.

Yidao Yongche, another car-hire app company that cooperates with car rental companies and temporary labor agencies, started offering new-energy cars in May. Rides in those cars are nearly half the price of taking a regular car. A vice president of Yidao Yongche said the lower prices were offered in an attempt to attract young and low-income passengers.

A driver who has worked with Yidao Yongche said the long periods required to recharge new-energy cars and a lack of recharging facilities are problems he faces every day. A car had to be recharged in the middle of the day, he said, and that took more than two hours.

The central government has promoted the building of charging facilities across the country, but only big cities had enough of the equipment, a source familiar with the matter said.

The companies offering the Didi and Kuaidi apps said in February they will merge, but it is unclear what the name of the new company is. They still operate out of separate offices.