Closer Look: Gov't Had No Reason to Intervene in Stock Market Turbulence 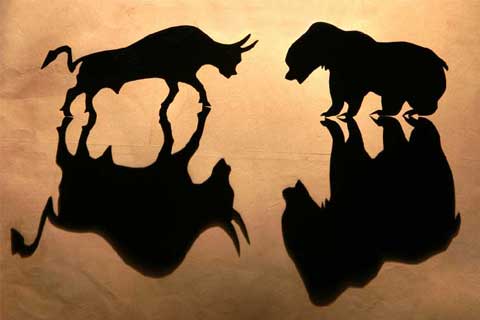 (Beijing) – Over the past three weeks, the benchmark index for the A-share market has plunged by more than 30 percent, despite government efforts to break the fall.

Questions abound as investors and analysts debate whether and how the government should intervene.

Those advocating a bailout argue that China is nearing a financial crisis if it lets the rout continue, and that the government should learn from the lesson of the United States, which some argue did not act fast enough to prevent the bankruptcy of Lehman Brothers. They also say the government should set up an investment fund, with capital provided by the central bank, to buy stocks until the market rallies again.

These voices have been so loud that it is difficult for regulators to ignore them. A series of measures have been implemented to shore up investor confidence, but critics say they are inconsistent and prove that policymakers lost their bearings.

The bottom line is this: Only a systemic risk that threatens financial stability justifies a government bailout.

The European Central Bank defines financial stability as "a condition in which the financial system – intermediaries, markets and market infrastructures – can withstand shocks without major disruption in financial intermediation and in the effective allocation of savings to productive investment."

By this definition, the A-share market is not jeopardizing China's financial stability yet because it has not caused big trouble for major financial institutions. Securities firms are still safe, although they have lent about 2 trillion yuan to investors through margin trading and short-selling.

Some people worry that banks' bad loans may increase. Banks have indeed channeled an estimated 1.5 trillion yuan from wealth management products to the stock market through structured financial derivatives called "umbrella trusts," but these funds are relatively safe because investors who borrowed the money to buy stocks would absorb losses first.

Banks are also implicated in another way because they have lent about 1 trillion yuan to companies who used their stock as collateral. When the prices of those stocks fall, the value of the collateral shrinks too. But for most banks this will not affect their balance sheet unless the share price of the company falls by more than 60 percent.

Overall, major financial institutions especially banks are still safe despite the recent turbulence. The people who lost the most – then asked for a bailout the loudest – bet too aggressively on leveraged buys and did not hedge against risk.

Unfortunately, the securities regulator has again given in to pressure and taken measures that do not suit its role.

On July 4, representatives of 21 securities firms were summoned to the Beijing headquarters of the China Securities Regulatory Commission (CSRC). Soon afterward these companies announced they will use their own capital, some 120 billion yuan, to buy exchange-traded funds linked to blue chip stocks on the Shenzhen and Shanghai bourses. They also promised not to sell any of their holdings until the benchmark index recovers to at least 4,500 points.

These are clearly not market-driven decisions. Anyone with common sense knows that 120 billion yuan will not be enough to reverse the market's fall. And the intervention raises a thorny question: Who takes the blame if the securities firms suffer losses because they had to make investments against their better judgment?

Meanwhile, the regulator needed only two weeks to make a U-turn on investors borrowing money from outside securities firms. The market collapsed essentially because stocks were overvalued and margin trading was excessive. The regulator moved too slowly to bring unsupervised margin trading under control. When it finally acted decisively on June 23 to sever the channels through which investors borrowed money from banks rather than securities firms, the market went into free fall.

Pressure kept mounting from investors who were bound to lose if the slide continued, and the regulator caved. Its recent moves amount to encouraging institutions to continue lending to investors, even though it may amplify the risk it was trying to control.

It wants to stabilize the market by keeping retail investors from dumping their holdings, but it may end up hurting more of them. Investors got burned for believing the government could stop share prices from falling further, and each time they were proved wrong. If they had no such illusions, things might have worked out better.

In a healthy market, investors make independent decisions about whether or not to buy or sell a stock. This is how the market prices the value of shares.

But in the A-share market, government intervention disturbs the price discovery process because it unifies investor expectations and encourages them to make the same choice.

This means investors no longer care about the true value of a stock. They only wonder when the government will step in and how much extra liquidity will be available. In this scenario, investing becomes gambling on the government's actions.