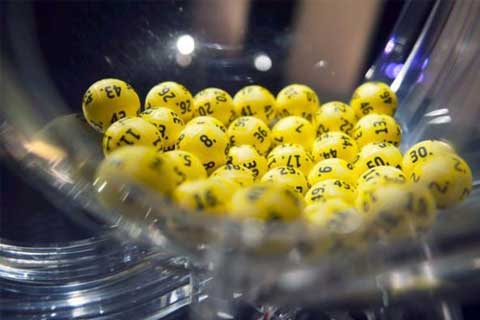 (Beijing) – Billions of yuan raised by China's state-run lotteries has been misused over a recent period of nearly three years, the national auditor says, shedding light on loose supervision and a lack of transparency regarding the massive system.

The largest-ever national audit of the lottery system, which focused on ticket sales and the use of funds, involved the National Audit Office sending special teams to 18 provinces and municipalities to inspect local government departments. Some 228 sales agencies and 4,965 public projects supported by lottery funds were also checked.

The auditor examined a total of 65.8 billion yuan worth of lottery funds handled from January 2012 to October last year, then issued a report on June 25 that said 16.9 billion yuan had been misappropriated. It also said financial records had been fabricated and some sales were illegally handled.

The auditor said the irregularities included 4.3 billion yuan worth of fabricated financial records, embezzlement, and 9 billion worth of procurement violations and off-the-books accounting. In addition, 3.6 billion yuan was misused because it involved the acquisition of buildings and spending on subsidies and expenses for official cars, travel and entertainment.

Gambling is strictly banned in China, but the government runs one of the largest lotteries in the world. Over the past two decades, lottery sales have totaled 1.7 trillion yuan, official data show. In 2014, nationwide lottery sales totaled 380 billion yuan, up 23.6 percent from the previous year.

China has two official lottery systems under the oversight of the Ministry of Finance. One raises funds to support social welfare projects and is organized by the Ministry of Civil Affairs, while the other is operated by the General Administration of Sport to raise fund for the development of sports. Lottery tickets are sold at authorized stations across the country.

Government regulations say that at least half of the lottery funds should be used for prizes, and at least 35 percent should go to social welfare and sports projects. The remaining 15 percent goes toward running the programs.

A person with knowledge of the industry who asked to remain anonymous said that government licenses for printing tickets, product development and other related businesses are highly competitive because they provide good returns.

These areas have also created room for corruption. In late 2007, the then deputy director of the National Sports Lottery Center, Zhang Weihua, and the center's printing department chief, Liu Feng, were jailed for corruption. The pair was accused of taking bribes during the procurement of paper used for printing lottery tickets.

The national auditor also found problems at the National Sports Lottery Center. It said the center violated government procurement rules when it chose suppliers and that it also signed irregular agreements for paper purchases. The violations involved a total of 2.7 billion yuan, the auditor said.

The National Audit Office also accused the civil affairs department in the northwestern province of Shaanxi with using lottery funds to build hotels that it later ran for profit. The China Welfare Lottery Management Center, which is overseen by the Ministry of Civil Affairs, and its branches in Huangshan, in the eastern province of Anhui, and Dalian, in the northeast's Liaoning, were also found to be involved in irregular investments and property purchases.

An official in the financial department of one western city said that a lack of clear regulations and supervision make it is easy for local governments' financial and sports departments to embezzle lottery funds.

The national auditor said it had passed 90 cases related to local lottery departments and officials to government investigators.

For years, many experts have suggested reducing the portion of funding set aside for running the lottery systems, which stands at 15 percent of the total lottery revenues. Chen Haiping, deputy director of the Lottery Research Center at Beijing Normal University, said the level of funding was set high when the programs were launched so that basic investments could be supported, but the level should have declined in the following years.

The person familiar with the industry said the portion should be "reduced to 12 percent, and more funds should be allocated for social welfare purposes."

However, in practice, the portion earmarked for welfare and sports projects has declined for years. Data from the finance ministry show that it fell to 27 percent in 2014 from 34 percent in 2007. The auditor said it also found nearly more than 20 billion yuan worth of welfare funds raised by lottery sales have sat idle.

After the audit, the ministries of finance and civil affairs and the sports administration ordered local lottery organizations to examine their operations and fix the problems found.

In April, eight central government agencies banned lottery sales on the Internet. Hundreds of websites have popped up to sell tickets online in recent years. Caitong Consulting said these sales were worth 85 billion yuan in 2014. A regulation from 2012 allows online sales, but most of the websites run in a grey area because they lack approval to operate from the Ministry of Finance.

The auditor said that during the period of its check a total of 63 billion yuan worth of lottery tickets were sold by unauthorized websites. The sites earned 6.67 billion yuan in commissions.

Lottery revenues go into local governments' coffers, but the rise of Internet sales has broken geographic boundaries. A lottery website manager said that because an increasing number of people prefer to buy tickets online, authorities are paying higher commission fees to websites to encourage them to sell locally issued lottery tickets.

Meanwhile, some websites cheat buyers because they do not actually buy tickets, betting that there is little chance they will ever be found out.

The April regulation put a stop to these Internet sales. An industry source said that some small websites will go bankrupt and large players will wait until the government announces policies.

The audit report called for stricter regulation and supervision of lottery operators, echoing something experts have said is necessary. Some experts have also said new laws are required. Zheng Gang, the deputy mayor of Danzhou, in the island province of Hainan, said in March that a national-level lottery supervision committee should be set up to monitor the industry. He also called for a national lottery company that had the power to manage the nationwide issuance of tickets.

Chen said after years of fast growth, the lottery industry has grown so big that it had hundreds of thousands employees, and that former regulations do not suit the current situation. There are signs that supervision capability is also lagging behind this growth.

"The lottery department (at the finance ministry) only has a few employees," Chen said. "Its capacity is limited."