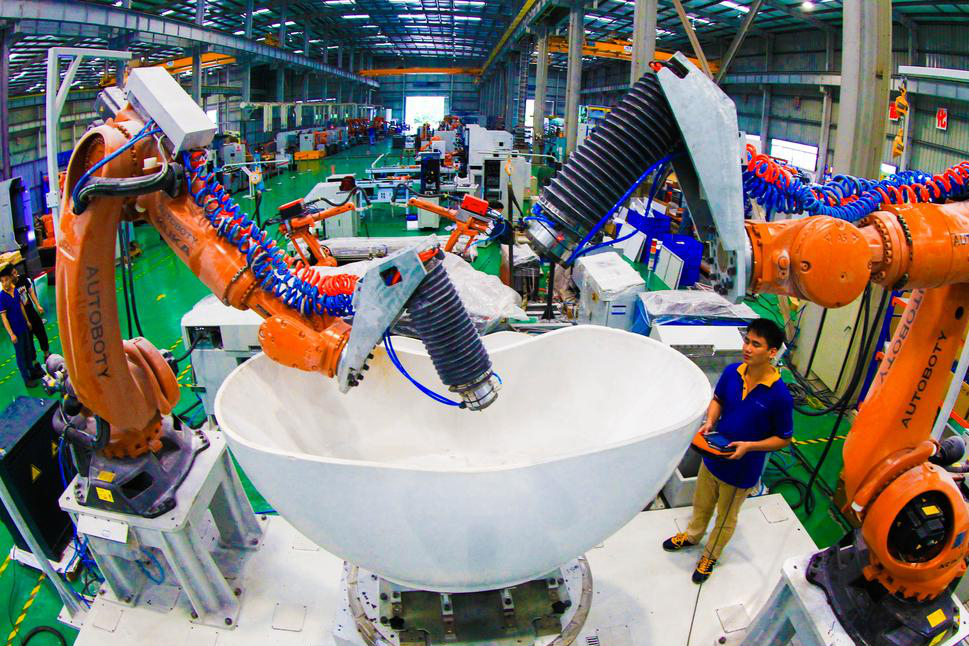 (Beijing) – Factories in the manufacturing hub of Foshan will install more than 20,000 industrial robots under a new government plan aimed at encouraging the upgrading of production lines, the mayor of the southern city said.

Some 3,000 robots have already been put in place, Foshan Mayor Lu Yi said on July 21 at an event held to promote the use of new technologies in the southern province of Guangdong.

One of the reasons for the change is a shortage of labor, Lu said. Nearly 15 percent of laborers did not return to the factories they had been employed at after Spring Festival in February, Li said, referring to the holiday also known as Chinese New Year. This is an extension of the country seeing its so-called demographic dividend shrink, he said.

Demographic dividend is a term applied to the hundreds of millions of laborers China had at its disposal when reform and opening up to the outside world started in the late 1970s. Official data suggest that advantage is diminishing as the country's population of working-age people – those 16 to 59 – fell by 3.71 million to 915 million last year.

For these reasons Foshan's government recently launched a plan to subsidize companies buying robotics from this year to the end of 2017. The plan intends for some 3,000 companies to get subsidies of 15 percent of the cost of robotics they install to upgrade their production facilities.

A report from a research institute at Guangdong University of Technology in Guangzhou said firms can dramatically cut production costs if they switch to robots instead of workers. A factory will spend 9.55 million yuan to employ 10 welders for a year and cover related costs, such as wasted materials, the report said. However, this figure falls to 1.724 million yuan if robotics are used.

The high cost of robots has stopped many companies from making the change, the manager of a firm that makes robotics said, and the government subsidies should help change this.

Foshan launched a separate program in October aimed at encouraging the increased production and use of robots. The plan offered robotics manufacturers tax-related subsidies of up to 5 million yuan, and companies can get payouts of 10,000 yuan per unit they buy from local manufacturers.

Earlier this year, the Guangdong government launched a program offering money to nearly 2,000 companies in the province that buy robotics over the next three years.

The provincial government said on its website that the program will target the makers of automobiles, motorcycles, home appliances, electronics, clothing and building materials.

Dongguan, another Guangdong city that is flush with factories, said in August that it would earmark 200 million yuan to help companies buy robots. Under that plan firms can get up to 5 million yuan each.