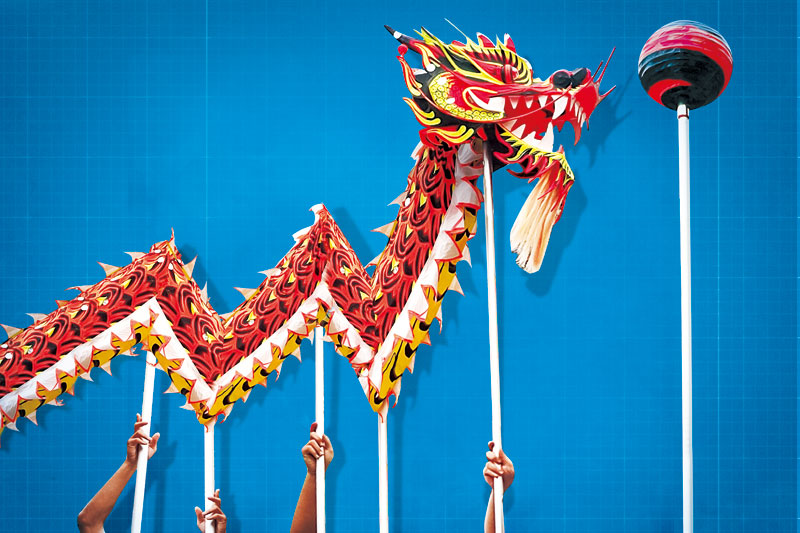 (Beijing) – An obscure equities-trading finance agency that brokers often slighted in favor of bank loans has suddenly taken center stage in the drama playing out in the stock market.

But reviews are mixed over whether the four-year-old, quasi-government China Securities Finance Corp. (CSF) is playing villain or hero in connection with a huge and, as of late July, continuing investor sell-off on the Shanghai and Shenzhen stock exchanges.

Some analysts say CSF went too far by snapping up more than 1 trillion yuan worth of shares dumped during the first weeks of the sell-off by retail and institutional investors. The intervention was part of a broader government effort to stop the exit frenzy, which was most intense between June 6 and July 10.

But other analysts have applauded the CSF for apparently stabilizing the Shanghai and Shenzhen composite indexes, thus sparing investors from an even worse fate after stock portfolios shrank by more than 15 trillion yuan in three weeks.

An even bigger question is whether the CSF, by opaquely intervening in the stock market on behalf of the government and then keeping most of its stock-trading activity secret, is playing the spoiler for long-pursued stock market reforms.

The government should admit that "the root cause of the crisis was not leverage or financial innovation but a severely outdated regulatory system," said the general manager of a private equity fund who asked not to be named. "At the core of the crisis are reform delays, a lack of internationalization and a lack of understanding about how the market works."

It is unclear how much money the CSF channeled into the stock market this summer. People with knowledge of the agency's operations said it bought at least 1 trillion yuan worth of shares between July 6 and 10. Of this amount, about 300 billion yuan was spent on July 8.

The CSF's role in the stock market drama – which spiked again July 27 with the biggest one-day decline for the Shanghai Composite Index since 2007 – could be clarified in coming weeks if the agency sells, holds or transfers to government agencies a significant number of these recently acquired shares.

In an apparent effort to assure investors that it is in no rush to cash in on recent purchases, a CSF executive told state media outlet Shanghai Securities News on July 22 that the agency had not sold any of the stocks it bought.

The report was published after Inner Mongolia Yili Industrial Group, a dairy company, said that as of July 9 the CSF held 371 million, or 6.05 percent, of its shares, and that by July 17 that amount had fallen to 110 million.

The CSF executive said the agency did not sell the dairy company's shares but had them transferred to accounts that the agency had with a fund manager. He offered no details of stock purchases and sales.

Data released by listed firms shows that, based on recent stock purchases, the CSF now holds nearly 5 percent of all stock in some companies. Most of its new shares are in blue-chip firms.

Analysts say they doubt the CSF would hold more than 5 percent which, under the Securities Law, is the threshold for public disclosures by stakeholders. Much of CSF's trading has been done in secret, although as of July 23 at least four companies announced that it invested enough to become one of its five largest shareholders.

CSF officials have argued publicity would undermine its efforts to stabilize the market by letting investors know which companies are getting what amount of government support.

Indeed, stock market watchers have been chatting on the Internet for weeks about what is widely seen as a government bailout of the stock exchange and how investors might take advantage of this. That's just one reason why questions are swirling around the CSF's activity and whether it may have spoiled some of the government's market reform efforts.

"The CSF should not have been used as the backbone of the bailout operation because its function is to provide ammunition to both long-position holders and short sellers" through loans to securities firms, said an investor familiar with the agency. "It's most bizarre for such an entity to directly take part in stock trading."

Investment decisions based on business fundamentals and a company's health apparently are no longer possible in China because "now everyone is trying instead to figure out and predict what government policies will be like and how retail investors will respond," said one broker who asked not to be named.

Moreover, now that the CSF is a major stockholder in a variety of companies, its next step could affect the market for good or bad.

Most analysts said they think that neither the CSF nor securities firms that bought stock to prop up the market at the government's urging will be able to sell their holdings quickly without pushing the stock market even lower. To be safe, any selling must be done gradually.

To that end, analysts suggested the CSF hold and then lend stock to securities firms. Others called for transferring its holdings to the government's National Social Security Fund Council. Others think the CSF should convert its stock into shares in exchange-traded funds run by asset managers.

"It would be more efficient for professional institutions to handle this," said the general manager of a private funds firm. Moreover, he said, the government should set boundaries for the bailout, such as under what conditions intervention will end, to lift the veil of uncertainty hanging over investors.

The CSF was co-founded by the country's major commodities exchanges and securities exchanges including the Shanghai and Shenzhen bourses. Its original responsibilities included financing margin trading and short-selling through brokerage firms. The agency essentially functioned as a central bank for the securities industry.

Many brokers initially turned down CSF's financing offers because they could save money by borrowing directly from banks to finance margin trading and short-selling. Brokers also raised money by issuing low-cost, short-term financing bills.

The agency started with 7.5 billion yuan in registered capital – the money needed to get a business license from the government – and expanded this amount twice to 24 billion yuan.

The CSF rose from obscurity in early July, when the CSRC tapped it with the task of purchasing stocks to prop up the market. The regulator also announced that the firm's registered capital would be increased to 100 billion yuan, so it can better serve the goal of helping stabilize the market.

The firm borrowed 1.22 trillion yuan as of July 13 from commercial banks either through direct interbank loans or short-term notes issued on the interbank loan market to buy stocks, according to bank sources who asked not to be named.

The central bank promised in an announcement on July 8 to support the agency with funding, although it did not give an amount. But one central bank official who declined to be named said commercial banks provided most of the capital that the CSF used recently to buy stock.

One banker said most of one-year interbank loans carried a 4.3 percent interest rate or higher. The People's Bank of China's benchmark interest rate on one-year loans is 4.85 percent.

A tiny fraction of these stock purchases were made through CSF accounts, sources said. Most were handled through new accounts with securities firms that hid the account holder's true identity.

In a related stock market intervention move, the CSF heeded a China Securities Regulatory Commission (CSRC) order by issuing lines of credit to 21 securities firms on July 8. The credit, worth a combined 260 billion yuan, was to be used to buy shares on the stock market.

In a joint statement, the securities firms pledged not to sell any of their stock holdings until the benchmark Shanghai Composite Index rose to at least 4,500 points.

Initially, the purchases helped the index rebound with a series of small rallies. It climbed within a few days to 4,000 from a four-month low of 3,373 points, then lost ground July 27.

Officials from the CSRC and securities firms held several meetings to discuss whether to adjust a stock purchase ceiling that caps securities firms' proprietary investment in a firm at 5 percent of its total shares, several securities firm employees who attended the meetings said. A large percentage of the firms involved in the share purchases were already on the brink of breaking the rule, said a risk control manager at one of these firms. Citing risk worries, though, the securities firm representatives collectively urged the CSRC not to raise the limit.

The CSRC asked each firm to report its investments so that regulators could determine what to expect if state-backed investors sell their stock, said a person close to the regulator. But nothing was said about plotting an exit strategy anytime soon, the person said, because the regulator's priority was to strengthen investor confidence.

"It may be still too early to talk about an exit for the bailout financing," said a securities firm executive.

"Even when the Shanghai index stood at 3,500 points, a lot of stocks were still overvalued," said the person close to the CSRC. "So it's neither realistic nor sensible for the government to continue supporting stock prices for a long period of time."

Some securities firm executives said they were particularly concerned about risk tied to over-valued, small cap stocks that they bought during the downturn.

One broker said his Shanghai-based firm had turned especially conservative after buying stock in several small and medium-sized companies. Said another securities firm executive who declined to be named: "We did not die in the stock market disaster, and we don't want be sacrificed in the bailout."