Can Legal Aid Services Offer Justice for All? 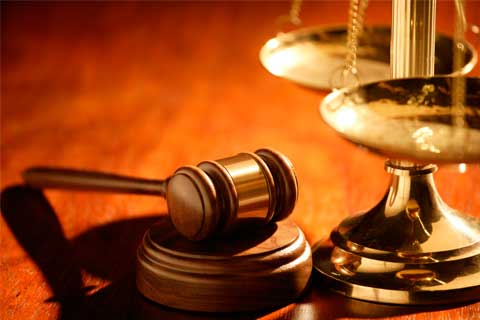 (Beijing) – Demand for free legal services has been growing at twice the rate of overall economic expansion in China, a statistic that's contributed to some serious soul-searching at the Ministry of Justice and State Council.

Legal aid agencies processed more than 1 million court cases on behalf of low-income or otherwise disadvantaged people nationwide last year, including 990,000 civil lawsuits and 240,000 criminal cases, the ministry reported. That caseload reflected a 14 percent increase over the previous year's demand – a growth rate that has held steady every year for the past five years.

What's troubling officials is that the government's 20-year-old legal aid system has failed to keep up with the burgeoning demand for its services. And for years, they have heard academics and voices in the legal community cite concerns over a widening gap between public demand for and the available supply of legal services, especially lawyers.

In a major step toward addressing these and other soul-searching issues, on June 29 the cabinet released a directive that sets a reform course. It includes measures aimed at increasing the ranks of available lawyers, expanding the system's coverage area and improving the quality of services.

Supporters of the reform plan call it a much-needed reboot for an overloaded and under-funded system. Other experts, however, are approaching the proposal with caution, arguing that its success or failure will larger depend or how specific reforms are implemented at courthouse and local government levels, and how well they are received by the public.

Legal assistance advocate Chen Guangzhong, a law professor at the China University of Political Science and Law, praised the directive as a big step toward meeting demand for civil lawsuit and administrative litigation services. It's expected to usher in major improvements to a system that has not been updated since 2003, he said.

The State Council's reform asked local governments to expand the coverage of legal aid services to all the needy. But questions about funding, inadequate capacity of state-backed facilities and non-government legal aid agencies have clouded expectations of the coming reform.

Legal counseling and access to lawyers who specialize in defending accused criminals have been among the freebies available to eligible citizens since the aid system was introduced in 1996. It was implemented through an amendment to the nation's Criminal Procedure Law and Law on Lawyers. The system was updated and refined when the Regulation on Legal Aid took effect in 2003.

Most people seeking free legal services cannot afford to hire a lawyer or have other problems that make it impossible to cover basic needs linked to a court case. They get started by applying for help at a legal aid center around the country, including those run by local governments and non-government agencies.

Applicants deemed eligible by legal aid center officials may be put under the wings of a lawyer who works for the government, the center or a private law firm. The center then covers the lawyer's costs with money from local government budget.

What's prevented many eligible applicants from getting the services they seek, though, has been a shortage of lawyers willing to work for low pay.

Fewer than 100 lawyers are working full-time for legal aid offices around the country. The numbers are low mainly due to weak financial incentives, said Guo Jianmei, a lawyer who specializes in legal services for women at a legal aid center she has operated in the capital since 1995.

Inadequate compensation and the lack of a performance assessment mechanism have discouraged many lawyers from participating in the legal services system, said Guo, whose center has struggled due to a lack of professional support. And those lawyers who choose to participate have been known to give less than their best efforts because they would rather save their energy for full-paying customers whose cases can be far more rewarding.

In addition, Guo said legal centers like hers that are not run by government agencies find it particularly difficult to access enough funds.

Since January, legal aid centers in the southwestern province of Sichuan have been paying a flat 1,000 yuan per lawyer per case, said Dai Ping, director of a center in the city of Neijiang. Last year, the fee was 500 yuan. But there's been no change for the rule that says a lawyer must pay his or her own travel expenses and other costs.

Dai said many legal aid centers around the country have had a hard time recruiting qualified lawyers and other employees. Each of the six centers in Neijiang, for example, employs only five people. It is typical for centers in smaller communities to have even fewer workers.

And despite the good intentions of the State Council's directive, Chen said he doubts staffing situations at legal aid centers will improve anytime soon.

Governments in Sichuan and in the southern province of Guangdong have in recent years promised to expand legal aid services in the face of rising demand. But officials have failed to match these promises with adequate funding to pay for more workers.

The average paycheck for a lawyer who represents a moneyless defendant in a criminal trial is less than 10 percent the going rate for financially capable defendants, he said. And law firms that have the power to assign cases, including legal aid cases, to their attorneys have little incentive to steer their best professionals away from full-paying clients.

"Law firms will not assign their most capable and experienced lawyers to handle legal aid services," Chen said. "There are so many more profitable cases."

Guo and other legal aid center operators say they've been desperate for more government support. Indeed, Guo's center has struggled to even survive. To keep the doors open, she said, the center has been registered as a business, rather than a non-profit organization, due to the strict registration rules for non-governmental organizations. But it means her center is unable to enjoy preferential tax policies as legitimate NGOs.

Nevertheless, the State Council directive has given center operators and lawyers reason for hope because it proposes stronger financial support. It says, for example, that government subsidies for attorney services should be set at levels high enough to cover the costs of meeting public demand.

Chen called the subsidy clause in the directive a "significant improvement."

The directive did not define future spending levels. Chen said justice ministry officials are expected to flesh out the directive with details that would then be considered by lawmakers in the National People's Congress before being implemented by local governments.

It did, however, say the government would step up spending on legal services for the disadvantaged by funneling subsidies not only to legal aid centers but to social groups and organizations as well.

According to the justice ministry, the central government spent 1.7 billion yuan to subsidize all legal aid nationwide in 2014, a 4.8 percent increase from 2013. Projected spending figures for this year have not been made public.

To date, though, the rising level of government spending has not kept pace with climbing demand. For example, the ministry said, the number of cases handled at no charge to the public increased 7.3 percent between 2013 and last year.

Moreover, government subsidies for legal aid are unavailable in about 9 percent of the nation's counties and townships, the ministry said.

The directive has also won kudos for emphasizing the need to support migrant workers, victims of domestic violence, and low-income patients or their relatives locked in medical disputes with doctors. In these areas, Chen said, the State Council "exceeded many expectations."

Meanwhile, the directive laid the groundwork for more supervision of legal services and a review system that would assess services provided by participating lawyers. Subsidy levels would vary based on these assessments, with high quality legal professional winning higher rewards. Lawyers would thus have a financial incentive to work hard for legal aid clients.

What also might help lawyers serve these clients – especially those going to court under unusual or especially challenging legal circumstances – is training, according to Guo.

Tong Lihua, a lawyer at the Beijing Zhicheng Law Firm, has called on the government to train and hire more professionals to improve the legal aid system.

"Only professional lawyers and investigators can ensure high quality" services, he said. "Professional training is the key."

Tong also suggested the government bow out of the business of running legal aid centers altogether and let non-profit organizations take over. Guo agrees. "The government should try taking its hands off and supporting reliable NGOs ... to encourage social efforts and boost legal aid development."