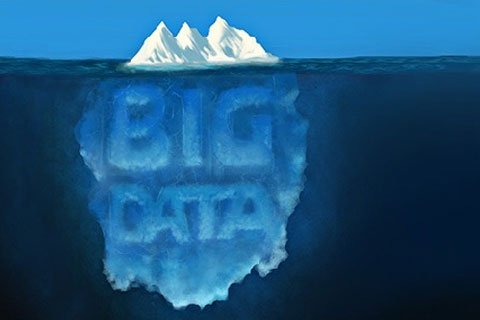 A local government in April opened the nation's first "data exchange" in the city of Guiyang, in the southwestern province of Guizhou. A "data trading center" was launched three months later by a local government in the Donghu area of Wuhan, in central China.

People familiar with the growing industry say the groundwork is being laid to open at least 12 more data exchange or trading centers across the country by the end of the year. Some are expected to open in the coastal provinces of Jiangsu and Zhejiang and in the southwestern city of Chongqing.

Computer technology has advanced to the point where information processing and data mining is not only possible but increasingly essential for a variety of businesses, from property managers to investment firms. All kinds of data can be bought, stored, sorted and sold, from a company's production records to information about a consumer's shopping behavior.

Financial institutions were some of the first data buyers. They have been followed by a variety of companies that see value in all kinds of information, said Jiang Qi, vice president of the data analysis company TalkingData in Beijing.

"Data is being used not only for risk control and credit assessment" by financial firms but also "to help companies better approach potential clients, set marketing plans and design special services," he said.

Some experts have predicted that soon data will be essential for the smooth functioning of a modern economy – as essential as oil.

"More people are seeing data as an asset and have started accumulating it," said Zhang Hao, who heads the data division of Asiainfo Holding, an Internet technology company also in the capital. "In the future, data may be managed and protected in the same way as physical assets."

Although still in its infancy, the industry is expected to mature rapidly. A report by the operators of the Guiyang Big Data Exchange last year estimated the current value of all data trading in the country at 76.7 billion yuan. That value, the report said, will likely skyrocket to more than 800 billion yuan by 2020.

Although the central government has shown a hands-off attitude toward the data industry, analysts say it is preparing to build a proper regulatory framework. People close to the government said that several agencies, including the National Development and Reform Commission and the Ministry of Industry and Information Technology, are working on standards for data trading businesses. The first set could be released by the end of the year.

Likely to be included in the initial framework are rules governing data transaction technology, security and government supervision of data trading, the sources said.

Local government officials who have been leading the data center and trading push were encouraged by a State Council directive issued on July 1 that orders local authorities to improve the way they release government information, such as economic figures and administrative information to the public, in order to provide official data for social use while improving government transparency.

Although not specifically directed at the data trading business, the cabinet's directive encouraged local governments to promote the industry.

Private investors have provided start-up financial support for the data businesses. For example, Asiainfo is a data center partner with the government for the city of Guiyang.

Most existing and planned data trading platforms owe their existence to local governments. Wang Sanshou, president of the Guiyang exchange, recently told the Guiyang Daily newspaper that the success of the industry hinges on local government support.

Zhang agreed that "local governments have deep interest in the big data sector," adding that those looking to promote the industry's development would do well to set up a trading platform.

A person close to the Wuhan government who asked not to be named said local governments are counting on growth of the data trading sector to help them upgrade local industrial bases. That idea is an example of how officials have started approaching data as a useful resource.

Questions remain over how local governments and central government regulators plan to approach the issue of consumer and commercial data privacy. Neither is it clear where they plan to draw the line between data business supervision and letting the market set the pace for the industry's growth.

The industry's domestic pace-setter in Guiyang and the younger Donghu Big Data Trading Center have approached the business from different angles. The Guiyang exchange sells data to members only, and memberships are available only to qualified institutions, such as investment firms and insurance companies.

Clients pay between 100,000 yuan and 300,000 yuan for an annual membership. And the exchange hands over 40 percent of this to the original providers of the data, such as Tencent Holdings Ltd.

Daily transactions at the exchange could rise to 10 billion yuan within three years, Wang said.

The Donghu trading center is open to private and institutional clients. The center charges customers a 10 percent handling fee on top of the price of data that it collects from its original owners. "Any data that has value can be sold at a profit through the trading platform," said Du Xiaojun, the center's general manager.

In its first deal, the Donghu center sold information that could be used to asses the financial conditions of several small and medium-sized companies, based on government and Internet-accessible information. The buyer, third-party payment provider Lakala Payment Co., paid 86,000 yuan. The data source was Wuda Geoinformatics Co.

The Guiyang and Donghu services took a cue from an online data-trading platform launched last year in Beijing by the Zhongguancun Data Trading Industry Alliance, an industry association led by Beijing Shuhai Data Technology Co. Qin He, chairman of Shuhai Data, said 1,217 suppliers has closed about 16,000 deals on his company's platform as of the end of July.

Shuhai recently started testing the waters for a new data business niche tied to the real estate market. Since July 21, the company has offered property assessment services based on government data analysis for lenders and mortgage issuers. The center is set to cooperate with banks and other financial institutions to provide data that can be used for loan collateral assessments.

Qin said his company is also starting to work more closely with local governments. Plans for this year call for Shuhai to help start 10 data trading platforms that would process raw government and then sell it.

Some observers, however, are more cautious than enthusiastic about the emerging data industry, particularly in light of its questionable value and concerns over personal privacy protection.

Hong Bo, an Internet industry commentator, said the value of data trading as a business has been exaggerated since the best data is rarely offered for sale. Moreover, he doubts the market is as big and lucrative as the industry's promoters claim.

"Companies will not trade the most crucial information they control," Hong said. "For instance, Tencent Holding will not sell its social networking data, and Alibaba Group will not sell retail sales figures from its platforms."

Another potential stumbling block for the industry is pricing. So far, data trading platforms have not set a standard pricing mechanism.

Donghu's Du said it's "quite difficult" to price data "since there haven't been enough transactions to serve as historical references."

According to Zhang, data prices are priced based on the costs of collecting and mining data, the characteristics of each data set, and how a particular buyer plans to use the data. "New data and old data prices differ," he said. "There're also special prices for first-hand or exclusive data."

Zhang is an advocate for changing the pricing system. "In the future, the price of data should be decided by market supply and demand," he said. "It should follow a flexible and market-oriented pricing mechanism."

Critics of the role of governments in data trading have also stepped forward. Meng Zhaoping, a law professor at the Beijing Institute of Technology, said data from government sources should be offered free to the public. Selling this information for a profit is not fair, he said.

Hong sees government involvement as a waste of money. Geographic conditions, such as provincial boundaries, should not determine market areas for data trading platforms.

"Local governments are setting up data trading platforms mainly for political purposes," Hong said. "It's a great waste of resources."

Privacy issues have also clouded the data industry. Underscoring its interest in privacy protection, Alibaba Group this year started selling to government agencies certain data tied to the online sales of e-commerce companies. But the data cannot be sold to private clients.

The Donghu center, Du noted, looks at credit records of a potential buyer to determine its trustworthiness before closing a deal. The center also requires that all buyers comply with relevant data usage laws.

But Du admitted it's not easy to make sure every client complies with all of the rules.

Privacy protection steps at the Guiyang exchange include requiring that data sellers trade only processed data and analysis. Raw data that may include personal information cannot be traded.

Moreover, Meng said, China has no laws that specifically address data processing and data privacy issues. "The big data concept is an industrial one with no clear, legal definition," he said.

Alibaba's Tu said the data industry is actually sitting on a time bomb based on the dangerous potential for privacy breaches. To prevent a crisis that could blow up in the industry's face, Meng has been calling for privacy protection legislation and regulations.

While the State Council is now moving forward with central government regulation, many data industry observers remain concerned about how the business is supervised. Guangdong Province, the city of Guangzhou and the city of Shenyang are the only governments so far that have created agencies to oversee the data industry. These agencies, however, mainly focus on government information disclosure rather than data trading.

Jiang has also called for clear regulatory boundaries to oversee the use and trading of different types of data. "How to design a data trading mechanism that protects the interests of different parties will be a challenge," he said.