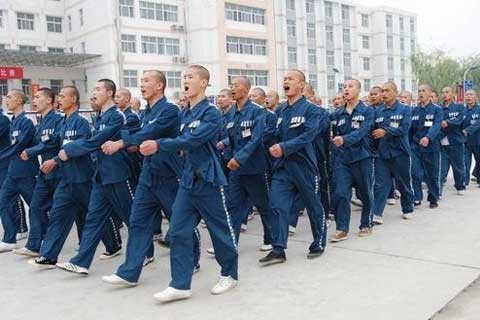 (Beijing) – Elderly war veterans jailed for minor offenses may be released as part of an amnesty linked to a major parade that will be held to mark the end of World War II.

The body that runs the National People's Congress between its full annual sessions unveiled an amnesty proposal on August 24, saying it would free four types of convicts sentenced before the start of the year and who are deemed to pose no threat to society if they are released.

This would include prison inmates who fought against the Kuomintang's forces during the Civil War, whose final chapter ran from 1945-1949. The legislature also said it will include people who fought in other wars "protecting the country's sovereignty, security and territorial integrity" after the founding of the People's Republic in 1949.

Other inmates who would qualify for the amnesty are those over the age of 75 who are disabled and unable to look after themselves, and prisoners who were under 18 years old when they committed their crime and were given less than three years in prison or have less than a year left on their sentences.

The legislature and Communist Party General Secretary Xi Jinping would need to approve the proposal for it to move forward.

Inmates convicted of serious crimes, such as murder, rape, organized crime and terror offences are ineligible for the amnesty, the official Xinhua News Agency said. Those convicted of corruption will also be excluded. The party launched a major campaign against graft shortly after Xi took power in late 2012, in part to convince the public that it is worthy of leading China.

The ruling party plans to hold a military parade on a busy road that runs past Mao Zedong's large portrait overlooking Tiananmen Square on September 3. State media says the event is intended to celebrate the 70th anniversary of the victory over fascism and Japan, whose invasion of China can be dated to 1931.

Tanks have rumbled through the streets and military planes have zipped through the skies of the capital in recent days as preparations for the parade gear up. Extra security measures are in place on the capital's roads and in busy areas, such as subway stations, and the party has also gone to great lengths to make sure the skies over the capital are smog-free on the big day.

Beijing granted seven amnesties from 1959 to 1975. More than 12,000 inmates were released or had their sentences commuted in the first one in September 1959 in before the 10th anniversary of the party, a study by Chen Yunsheng, a research fellow at the Chinese Academy of Social Sciences, said. Among the prisoners released in that first round was Pu Yi, the last emperor of the Qing Dynasty (1611-1912).

This latest amnesty will free around 10,000 of the 1.81 million people serving time in China's prisons, detention facilities and community correctional centers, academics estimated by using information from the Ministry of Justice.

Qin Qianhong, a law professor at Wuhan University, said the planned amnesty is apparently being done for political reasons ahead of the major event, but the justice ministry must set the right conditions in terms of the number of prisoners to be freed and the social implications.

It was unclear when exactly the convicts would be released from incarceration.