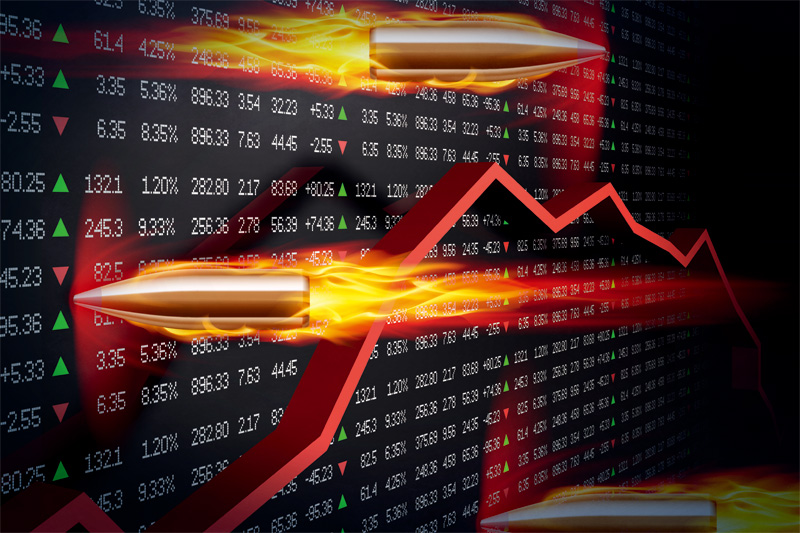 (Beijing) – Placing multiple orders within seconds through computer programs is a new trading strategy being adopted by an increasing number of institutional investors, and one that regulators are taking a closer look at over worries this so-called algorithmic trading is disrupting the country's stumbling stock market.

On August 3, the Shanghai and Shenzhen stock exchanges said they have identified and punished at least 42 trading accounts that were suspected of involvement in algorithmic trading in a way that distorted the market. Twenty-eight were ordered to suspend trading for three months, including accounts owned by the U.S. hedge fund Citadel Securities, a Beijing hedge fund called YRD Investment Co. and Ningbo Lingjun Investment LLP.

Then, on August 26, the China Financial Futures Exchange announced that 164 investors will be suspended from trading over high daily trading frequency.

The suspension came after the China Securities Regulatory Commission (CSRC) vowed to crack down on malicious short-sellers and market manipulators amid market turmoil. The regulator said the practices of algorithmic traders, who use automated trading programs to place sell or buy orders in high frequency, tends to amplify market fluctuations.

The country's stock market has been highly volatile over the past few months. More than US$ 3 trillion in market value of all domestically listed stocks has vanished from a market peak reached in mid-June, despite government measures to halt the slide by buying shares and barring major shareholders of companies from selling their stakes, among others.

Zhang Xiaojun, a spokesman for the CSRC, said in late July that algorithmic trading "has the effect of pushing ups and downs of the market, and during the recent period of market volatility its impact has been amplified."

A source close to the CSRC said its investigation into algorithmic trading is focused on spoofing, a practice that sees traders make purchase or sell orders that are canceled before they are fulfilled in order to move stock prices.

Some hedge fund managers who use computer-driven trading said algorithmic trading does not necessarily involve malicious intentions because the high frequency of order cancellations may be the result of a computer program flaw that comes into play under extreme market volatility.

"It can be fixed by improving the program," one hedge fund manager said.

Globally, opinion is split on algorithmic trading. Opponents said the practice relies on huge investments in technology and unfairly squeezes individual investors, all while causing market fluctuations. Its supporters counter that it allows for faster responses to market changes and improves liquidity without breaking regulations.

Algorithmic trading has also appeared overseas, but there is no universal definition for it. The New York Stock Exchange has said that any order to buy or sell 15 or more stocks at one time can be deemed algorithmic trading.

A financial technology expert at Guotai Junan Securities said algorithmic trading uses a computer program to automatically place orders based on a trading strategy written in the software.

"It has high efficiency and overcomes weaknesses in human nature," he said. "It helps control risks and costs in trading."

From mid-June to early July, when the Shanghai Stock Exchange suffered a decline of more than 30 percent, hedge funds relying on algorithmic trading reported a surprising 4 percent return on average.

Due to the heavy investment in technology and professionals required, algorithmic traders in China are mainly large institutional investors, said Feng Yongchang, chairman of Quant Tech, a company that provides the service.

And this technology gap may force more individual investors out of the market, said Ding.

Feng said high-frequency trading is more often used in the country's futures market because the stock market requires a longer settlement. About 10 percent to 20 percent of futures trading is of the high-frequency variety, said Feng.

Feng said the latest CSRC probe into the frequent placement of orders and cancellations does not mean the regulator opposes algorithmic trading in general. A person close to the CSRC said it believes that repeatedly placing and cancelling orders – spoofing – is a malicious practice that is intended to mislead the market.

"Exchanges will contact investors about their concerns when they detect frequent changes of orders," he said. "If they continue, it can be seen as intentional."

Algorithmic trading technology facilitates spoofing because it allows traders to place multiple orders to create the illusion of rising demand or increased sales in an attempt to move a stock price. Spoofers then cancel the orders and profit by placing new orders at new prices.

Yuan Haohan, a trader at a U.S. investment bank, said thorough statistical analysis is needed to detect spoofing because it usually involves a large value in a single order but much smaller value in terms of real transactions.

After its trading accounts were suspended by the exchange, Beijing YRD and Ningbo Lingjun published statements saying that repeated cancelled orders by their accounts was done automatically by a computer system on July 8 when the exchanges halted trading of related stocks after a slump exceeding the daily limit. The companies said they did not intentionally manipulate orders.

They also said they are preparing materials to explain the matter to the CSRC and to have the accounts reopened.

There are almost no rules on algorithmic in China. Only the Shanghai Futures Exchange and China Financial Futures Exchange have issued guidelines regarding the practice. However, sources close to the matter said that the CSRC started researching international regulatory practices in late July as a first step toward the drafting of rules.

A CSRC official said it is considering setting rules for algorithmic trading, including market entrance, participants' qualifications, risk control capacity and information disclosure. "With the development of technology, high-frequency trading will expand" and a mechanism should be in place to prevent great market fluctuation, the official said.

A financial derivatives manager at a securities firm said the current regulatory measures regarding the securities market are almost useless regarding high-frequency, algorithmic trading. "When supervising a market operating in milliseconds, you need measures suitable for the micro world," he said, adding the most urgent task is to clearly define algorithmic trading.

A securities law expert said that even though algorithmic trading has created some problems for the market, it promotes liquidity and better reflects market value by combining information technology with the financial market. "Regulators should be more tolerant to the new development and guide it to play a positive role."