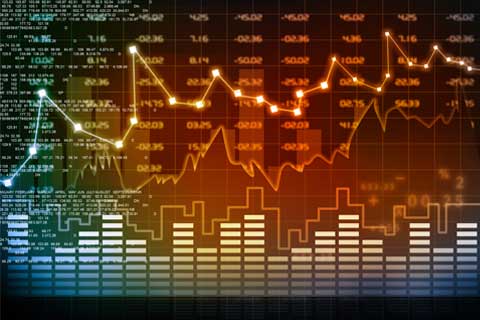 (Beijing) – A slew of recent measures primarily targeting short-sellers on the stock index futures market has many analysts lamenting the demise of market forces.

From September 7, all investors – whether or not they trade stock index futures for the purposes of hedging risk – must deposit more money with their brokers, the China Financial Futures Exchange (CFFEX) said on September 2.

It also raised the fee for same-day purchase and sales from 0.015 percent of the value of a transaction to 0.23 percent. That is 100 times as much as the level two months ago.

More importantly, the exchange said, all investors who open within one day a position of more than 10 lots on any of the stock index futures contracts traded on the bourse will be considered engaging in "abnormal" trading activities and face punishment. From August 31 to September 6, the threshold was 10 times that amount.

(A lot is the trading unit of stock index futures contracts, and the CFFEX requires that all trading must be conducted in multiples of one lot.)

Transactions of all three types of stock index futures plummeted, as many analysts expected, by about 90 percent the day the regulation became effective, compared with the figures on September 2.

"A smaller transaction volume means fewer investors are involved in the process of price discovery," the general manager of a hedge fund said. "This will lead to unreasonable prices and too wide a spread between prices."

The trend had already started, he said. "If it continues, it will cost me more to open a position, and I may not be able to do that."

The requirements marked the latest addition to a string of policies the CFFEX has announced since early July after the stock market crashed from a seven-year-high in mid-June. Since then, the benchmark Shanghai Composite Index has lost about 40 percent from 5,178 points on June 12.

The government has stepped in to stop the rout, channeling trillions of yuan into the market to shore up stock prices. Short-sellers on the CFFEX, who make money when stock indexes fall, came under fire as some investors say they exacerbated the stock market woes. The securities regulator said it would find and punish "malicious" short-sellers.

On July 3, the CFFEX said it would charge investors differentiated transaction fees to discourage speculation and examine the top 50 traders of all stock index futures to prevent and crack down on short-selling activities it deemed inappropriate.

This was widely viewed by many analysts as the start of a series of moves that will eventually cripple the market, though they targeted mainly short-sellers. From that date, the CFFEX has progressively raised the amount of margin deposits investors must have for non-hedging purposes and reduced the value of contracts an investor can buy or short sell in one day. It has also raised transaction fees, making it much more costly for investors to buy and sell on the same day.

These measures mainly targeted short sellers. Several investors said in July that their accounts had been barred from short-selling index futures.

The requirements for each futures contract vary. For those based on the CSI 300 – which tracks the share prices of 300 companies listed on the Shanghai and Shenzhen stock exchanges – investors were required to deposit with their brokers a cash equivalent of 10 percent of the value of their investment before July. The ratio has been increased several times to 40 percent on September 7. For hedging investors, the ratio has been increased to 20 percent.

Meanwhile, the restriction on investment has been reduced from 5,000 lots a day in April to 10 lots. Every time the ceiling changed, transaction volumes shrank.

Critics are also worried about the impact of increased margin deposits. The ratios of margin deposits for index futures investment are about 5 to 6 percent in many developed countries. China set the ratio at 15 percent when launching the first index futures contract in 2010 and later reduced it. Most of the time after 2012, the ratio was between 8 and 10 percent. Now it is 40 percent.

Recent regulatory changes have stripped the futures market of its biggest strength, the manager of a large public fund in Shanghai said.

"The most fundamental characteristic of the futures market is that it allows leverage and thus good liquidity," he said. "Compared with trading in the stock market, it means lower costs and that's why it appeals to investors. Now those characteristics are gone."

Some analysts said the ever tighter restrictions on short-selling of index futures will compel more investors to sell the stocks they hold because they cannot hedge their risk with futures.

"Suppose you're an investor and you need futures to hedge risk. There are two ways to meet the requirement if you suddenly need twice as much capital for a margin deposit," the manager of the fund in Shanghai said.

"You can either find the extra cash that is required now, or you can sell some of your stocks" so you don't need as many futures contracts, he said. When investors choose the second option, it means more selling pressure on the A-share market.

Many stock investors have blamed futures short-sellers for pushing down stock indexes, and the anger has spilled over to targeting even the market itself.

Scathing remarks about how the government should not have allowed short-selling of stock index futures were common online when the stock market tumbled. One such comment says: "Stock index futures must be held accountable for the stock disaster this time. Even if it is not the culprit, it is at least an accomplice."

However, Hu Xiaohui, a financial derivatives investor, said movements in the stock and futures markets are related in much the same way as a certain weather phenomenon. Lightning is always followed by a thunder, he said, but that doesn't mean it caused it.

Researchers from Citic Securities said the futures market contributed to panicked sell-offs in the A-share market through no fault of its own. It was because the relationship between the stock and the futures markets has been out of balance, a report from the securities firm said.

Under normal circumstances, the report said, if stock index futures rally much above their fair market value, investors will be tempted to buy more stocks and sell futures short to capitalize on the mispricing. Their actions will push up stock prices and push down futures prices.

Conversely, when futures trade below their fair market value, as many analysts believe they are at the moment, investors will want to buy more futures and sell stocks short. This would generally bid up futures prices and push down stock prices.

The feedback mechanism is how futures trading is supposed to guide pricing and narrow fluctuations in the stock market.

In China, the mechanism has been reduced to a one-way channel because short-selling on stock exchanges has been lacking as investors cannot borrow enough shares from their brokers, the report said.

Left uncorrected, the mispricing in the futures market persists and worsens, making investors falsely believe that the market is more pessimistic about the prospect of stock prices than it actually is, the report said.

Some experts have argued that stock index futures can help stabilize the stock market by permitting stock investors to hedge against the risk of lower prices, so they feel less pressure to sell the stocks they hold.

Ba Shusong, chief economist of the China Banking Association, said futures based on the Standard & Poor's 500 index served to prevent the sales of roughly US$ 360 billion worth of stocks the day Lehman Brothers went bankrupt in September 2008.

"This had a clear effect on diverting the selling pressure of stocks and cushioning the collapse of the American stock market," he said. "It played an important role in stabilizing the market."

A market permitting short-selling is better at preventing a crash and reacts more quickly to information and prices securities better, said Zhu Ning, a finance professor from Shanghai Jiaotong University.

Many analysts in favor of stock index futures also pointed out that they drew criticism because investors did not realize that the real problem with the stock and futures markets was not excessive short-selling but the opposite. As one said: "Without a good short-selling system to provide checks and balances, the process of price discovery is missing a link."

It is important for the government to realize that the real culprit of the recent stock disaster is institutional flaws, said Hu Yuyue, head of the Institute of Securities and Futures at Beijing Technology and Business University. A lack of short-selling products suitable for small investors is among the problems, and filling the gap means better protection for the stock market against extreme rallies and falls, he said.