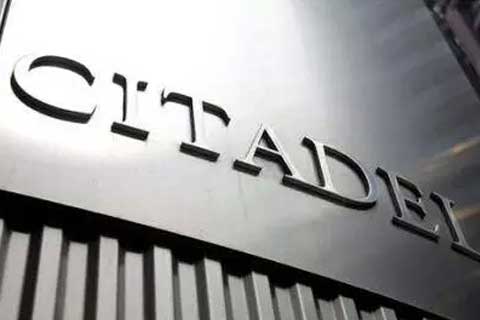 (Beijing) – Leading U.S. hedge fund Citadel LLC is in the spotlight after one of its trading accounts in China was frozen by a stock exchange amid tightening scrutiny of stock-price manipulation related to computer-driven, high-frequency trading.

Citadel's account was one of 28 suspended by the Shanghai and Shenzhen stock exchanges in early August. The accounts were closed for three months amid regulators' suspicions that they have been involved in algorithmic trading in a way that distorted the market. Another 14 accounts were also disciplined by the exchanges, but remained active.

Algorithmic traders use automated programs to place sell or buy orders in a high frequency way, hoping to profit on small changes in share prices. The practice is used in foreign stock markets, and China is looking at ways to regulate it.

Citadel, which is based in Chicago, was the only foreign firm affected by the clampdown. The company said in a statement that the suspended account belonged to Citadel Shanghai Trading, a wholly owned unit of Citadel Securities. Citadel Shanghai's other accounts were operating normally.

"Citadel has been actively investing in the region for 15 years, and has always maintained a constructive dialogue with regulators, including during the recent market volatility," the statement said.

The exchanges took the unusual steps after the China Securities Regulatory Commission (CSRC) vowed to crack down on malicious short-sellers and market manipulators amid the market turmoil. Regulators started looking at high-frequency trading in part because they suspected traders have been practicing "spoofing," which sees orders placed and quickly canceled in order to move share prices up or down.

The probe into Citadel Shanghai has also put the spotlight on CITIC Securities Co. Ltd., the country's largest securities broker and a former Citadel partner. Regulators have already investigated CITIC for possible involvement in illegal trading activities contributing to the stock market rout. In late August, the official Xinhua News Agency reported that police detained eight CITIC officials on suspicion of illegal short-selling. After CITIC's name came up again in connection with the Citadel probe, the Chinese firm issued a statement saying that it no longer held a stake in Citadel Shanghai.

Citadel Shanghai opened for business in February 2010, registering with the government as a commodities trading partner of a CITIC investment arm called Shenzhen CITIC United Venture Capital Co. According to business registration documents, Citadel invested US$ 4 million in the venture for an 80 percent stake; CITIC United held the remainder. The deal also gave CITIC one seat on Citadel Shanghai's four-member board.

The two firms apparently approached each other several years before. A person close to CITIC who asked not to be named said his company's interest in doing business abroad led to the initial contact with Citadel in 2007. Two years later, Citadel proposed partnering with CITIC in order to trade on the commodity futures market.

CITIC's interest was so serious that its chairman, Wang Dongming, "went to the U.S. to negotiate in person" with Citadel officials about a possible tie-up, the source said.

In 2009, officials in the Chinese government backed the pursuit of a CITIC-Citadel partnership, the source said.

"The market was sliding at that time," he said. "Officials wanted to improve liquidity by introducing to China advanced trading technologies used by foreign companies."

The partnership ended in November when CITIC United sold its stake in Citadel Shanghai to Citadel. Neither firm explained why the partnership dissolved, although people close to the matter said the trigger was a shift in government policy brought on by a 2012 CSRC regulation that gave securities brokers the green light to manage commodities futures trading. This spurred CITIC to open its own division dedicated to that business.

Citadel Shanghai introduced high-speed, computerized trading during the first year of its establishment in 2010 for its China commodities futures business, which covers futures contracts for a variety of goods, including metals, rubber and soybean oil, a person close to the firm said. The system apparently worked very well, as in 2010, Citadel Shanghai reported earning a net profit of 51.6 million yuan from spot commodity and futures trades.

The person close to the company said that as of July 31, when the account was frozen, Citadel Shanghai's balance sheet showed a surplus of 1 billion yuan. This was aided by substantial earnings from high-frequency trading in stock index futures during the bull market, when the A-share market index ballooned from 2,000 to 5,000 points from August last year to mid-June.

While the Shenzhen exchange froze Citadel Shanghai's account, the company said its accounts in Shanghai exchange were operating normally. One hedge fund professional said the difference between the two bourses in this regard stems from differing views on whether invalid orders automatically rejected by the exchange' system should be seen as cancellations.

Hedge fund experts said high-frequency trading can generate buy and sell orders that are quickly denied by an exchange when a market is volatile. The trades can be rejected when share prices appearing on an exchange's and a trader's computer screens differ. These differences reflect the fact that the exchange and trader computers update prices at differing speeds.

People close to Citadel Shanghai said it has submitted documents to the Shenzhen exchange that argue its traders did not deliberately manipulate buy and sell orders.