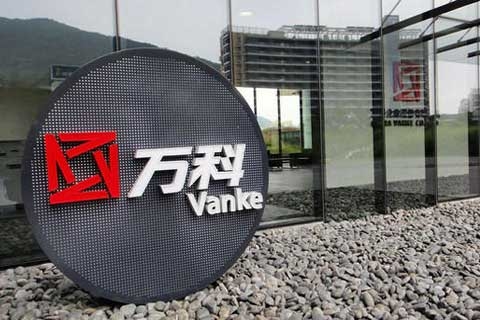 (Beijing) – A string of share purchases by an insurance company has rattled China's largest developer by units sold annually.

Foresea Life Insurance Co. Ltd. and an investment company linked to it, Shenzhen Jushenghua Co. Ltd., bought 15.04 percent of China Vanke Co. Ltd.'s shares on the Shenzhen stock market in three rounds on July 10, July 24 and August 26, the developer said in statements. Vanke did not say how much Foresea spent.

Foresea bought the shares even though they have become more expensive this year than last. It got the shares for an average of 14.4 yuan this year, while the price was 9.3 yuan in the third quarter of last year and 13.1 yuan in the first quarter of 2015.

An executive at Foresea who did not want his name printed said his company bought the shares because the developer has been a good performer in recent years. Foresea was looking forward to earning stable returns over a long period, the executive said, and it intended to buy more shares in Vanke in the future.

The executive declined to discuss whether Foresea would want to name members to Vanke's board, saying only that it would enhance communications with the leadership of the developer.

Foresea contacted Vanke's leadership when its stake crept over 10 percent on July 24, an executive at the developer who also did not want to be named said. He said leaders at Vanke were watching Foresea closely to see what it did next.

Executives at Vanke are worried the purchases are an attempt at a hostile takeover, which was creating uncertainty at developer, a person close to the executives said.

The source said this has been tried without success before, citing moves by Junan Securities and other investors in 1994. Vanke's chairman, Wang Shi, and president, Yu Liang, fended off a takeover by Junan Securities, which said on March 30, 1994 that it represented four other large investors who thought the developer's operations were flawed. Wang and Yu responded by suspending trading of Vanke's shares, and then opened talks with the four investors behind Junan Securities.

Over the following days, they also visited some of their own large shareholders to rally support. By April 4 that year, Vanke's leadership announced victory, saying the four investors decided not to support Junan Securities.

The person close to Vanke said its executives are worried something similar is being tried 2015. And the company's executives are once again taking measures to fend off what they are calling the "barbarians."

Knocking at the Gate

Yu said at a regular meeting of executives in March last year that he was worried "barbarians" would mount a buyout. He mentioned the 1989 book Barbarians at the Gate about the U.S. private equity firm KKR & Co. L.P.'s leveraged buyout of tobacco and food company RJR Nabisco.

Yu said any barbarians outside his gates might only need 20 billion yuan to take over Vanke, considering most of its shareholders held tiny stakes. The invaders could then act in disruptive ways, such as vetoing decisions made at meetings of shareholders and the board of directors, Yu said.

The fear prompted Yu to take defensive actions. Last year, Vanke set up Shenzhen Ying'an, a company that would hold Vanke shares owned by about 1,300 senior employees. Vanke told the employees that instead of receiving annual bonuses, Ying'an would buy and hold shares in their name in a bid to keep the company stable.

Ying'an now owns about 4.14 percent of Vanke's shares, making it the third largest shareholder after China Resources and the Foresea/Jushenghua duo.

Then at the end of July, Wang and Yu visited China Resources to make sure they still had its support. This meeting led to China Resources making its share purchases on August 31 and September 1, a source with knowledge of the matter said.

Like Foresea, it also said it was only looking for stable returns. However, in May this year, Funde vetoed Gemdale's plan to encourage managers to invest in their own projects, the developer said. Then in June, Funde vetoed the nomination of two independent directors.

Wang, Vanke's chairman, met with shareholders on August 31 so they could vote on a plan the company devised in July to spend 10 billion yuan buying back shares. Foresea did not send representatives to that meeting.

Wang told reporters at the meeting that Vanke has gotten used to its established shareholding structure, which involves a large number of small shareholders owning most of its stock. He added that Vanke's leadership has the support of those small shareholders, who collectively own 60 percent of its shares.

However, an analyst who declined to be named said that those shareholders might not be of much help to Vanke's executives if Foresea wanted to make changes because they rarely show up to meetings. And the secretary of Vanke's board, Tan Huajie, said there is little that can be done to get them to attend.

Tan said that if Foresea wanted to add board members by forcing someone out early, it would have to change the company's rules, a move that would require the support of at least two-thirds of shareholders.

Vanke's company rules require it to have 11 members on the board of directors, each serving three-year terms. The current board took over in March 2014, meaning Foresea would have to wait until March 2017 to change the board's composition.

The current board includes three members from Vanke and three from China Resources, but it's unclear what it will look like in the future.