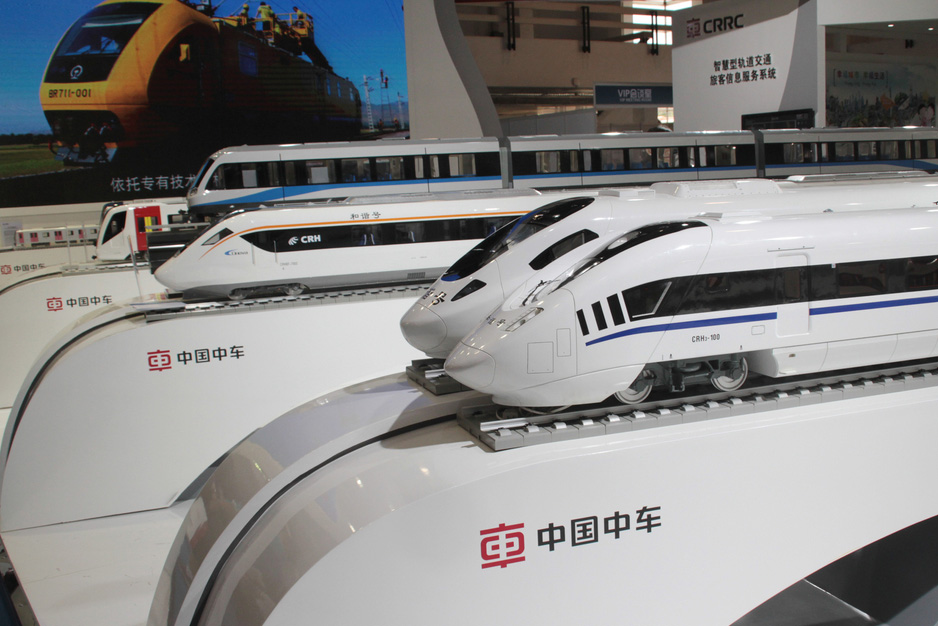 (Beijing) – A Chinese consortium led by China Railway Corp. (CRC) has teamed up with an American railroad company to build a bullet train line linking the U.S. cities of Las Vegas and Los Angeles.

The project is the first high-speed rail project involving Chinese companies in the United States, one member of the consortium said.

The cooperation was announced on September 17 by the Central Leading Group on Financial and Economic Affairs, the Communist Party's top business and economic decision-making body. The group is led by party general secretary Xi Jinping.

China Railway International USA, a firm established in June by a consortium of Chinese rail companies, said it signed an agreement with XpressWest, a private rail company in the U.S. state of Nevada, on August 13 to form a joint venture that will build and operate a 370 kilometer bullet train link from Los Angles to Las Vegas, a gambling and resort destination. The project is expected to cost US$ 12.7 billion.

Work will begin in September 2016 at the earliest, the announcement said.

The bullet trains will have top speeds of 300 kph, people close to the deal said.

The deal, which requires the permission of the U.S. government, would be the first bullet train project built by a Chinese firm in the United States, CRRC said on Sina Weibo, China's version of Twitter.

The initial investment will total US$ 100 million, the statement said. The decision to form a joint venture took years, it added.

The CRC views China Railway International USA an important part of its plan to expand abroad, a CRC employee said.

In January, a consortium led by the then China CNR Corp. Ltd., which has been merged with a competitor to form the CRRC, won a US$ 4.1 billion contract to build cars for Boston's subway network.

Beijing has been eager to see its Chinese rail companies enter foreign markets. Premier Li Keqiang has promoted the country's rail capabilities on many visits abroad. In September, China and Thailand agreed on the outlines for a rail project. However, a line linking Indonesia's capital, Jakarta, and its third-largest city, Bandung, that Chinese companies had bid for was canceled this month when the country said it wanted slower trains instead.