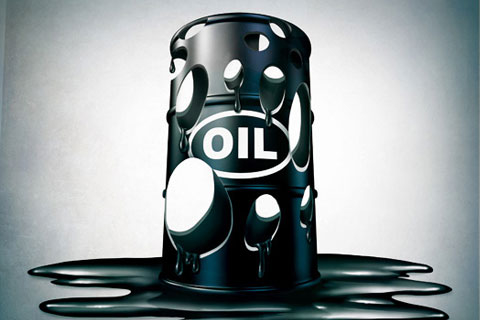 (Beijing) – A businessman involved in several shady deals related to state-run China Petroleum & Chemical Corp. (Sinopec) has been placed under investigation, several people with knowledge of the matter say.

Hong Kong businessman Sam Pa, also known as Xu Jinghua, was detained in a hotel in the capital on October 8, the sources said. It is unclear who arrested Pa, but his detention came a day after the Central Commission for Discipline Inspection (CCDI), the party's graft buster, announced an inquiry into Su Shulin, the governor of the eastern province of Fujian.

A source who asked not to be named said Pa is linked to the probe into Su, who was the general manager and party secretary of Sinopec when the company cooperated with Pa's firm to develop oil blocks in Angola that have yielded little profit and petroleum.

Caixin reporters visited several companies controlled by Pa in Hong Kong on October 13. The employees of one company said they were "unclear" about his detention.

According to a Pa family acquaintance who asked not to be named, the businessman was born in Hong Kong in 1958. He is a citizen of Angola and Britain. Business registration documents show he uses several aliases, including Samo Hui, Sam King and Ghiu Ka Leung.

Pa has worked as a middleman to help Sinopec clinch deals in Angola since 2003, when Chinese energy companies were pushing hard to win overseas business. That year, Pa and his business partner, Lo Fong-hung, established China International Fund (CIF) in Hong Kong and got involved in the African oil and minerals trades, selling those resources to clients in China.

People familiar with the matter said Pa and Lo knew little about the oil business, but had friends in high places in Africa and China. Their friends included government and business leaders in both countries who could help them cut deals.

"He's a risk-taker," said the family acquaintance. "He was said to have participated in the civil war in Angola, where he established connections with high-level officials."

Pa reportedly owns seven private jets that he often flies between China and Africa. His guests on those jets have included high-level officials and senior business executives.

Pa's high-profile and controversial business practices have prompted speculation about the CIF's relationship with the Chinese government. The Ministry of Foreign Affairs has repeatedly distanced itself from CIF's activities. The ministry issued a statement in 2009 saying that CIF is a private company with no links to the Chinese government.

However, Pa apparently knows Su, Sinopec' general manager from 2007 to 2011, when the company started pursuing acquisitions in Angola.

For years, Pa and CIF used the same model for doing business in Africa: funneling loans from state-backed banks in China through Pa's company to help resource-rich African countries build infrastructure. In exchange, CIF got oil and minerals to sell in China.

In 2005, CIF announced it had put together a US$ 2.9 billion line of credit to the Angolan government to help it rebuild its infrastructure. The same year, a Hong Kong-registered joint venture involving CIF and Angola's state oil company, Sonangol, became the broker for oil sales to China from Angola, which has since become China's No. 1 source of oil.

In the years that followed, the CIF network acquired shares in a dozen Angolan oil blocks and diamond concessions in Zimbabwe. It also got a lucrative mining contract in Guinea, which has the world's richest iron ore and bauxite deposits.

In 2008, it took over what was once the most famous address in American finance: 23 Wall Street, the headquarters of the world's first billion-dollar corporation, JP Morgan Co.

CIF is the center of a transnational network of over 60 interlocking companies in the investor-friendly locales of Singapore and Hong Kong and the offshore havens of Bermuda, the British Virgin Islands and the Cayman Islands.

In 2005, SSI acquired an especially productive offshore oilfield called Block 18 in partnership with CSI. By 2011, Sinopec had recouped its investments. And by the end 2014, it had earned nearly US$ 2.6 billion from the project. The success of Block 18 apparently gave Sinopec the confidence to solidify relations with Pa and invest heavily in Angola.

In 2008, Sinopec's new general manager, Su, visited Angola, a move that marked an acceleration of Sinopec's acquisitions in the African country. Over the next seven years, the company bought stakes in five offshore oil blocks in partnership with Pa's companies.

A source close to the matter said Su flew to Angola on Pa's private jet for his 2008 trip.

In most of the deals, Sinopec paid for Pa's stakes and shouldered most of the risks in the development. Sinopec also paid commissions and covered the daily expenses of Pa and other executives at his companies. A source with knowledge of the mater said that in 2008 Sinopec gave Pa a credit card with a HK$ 1 million monthly limit, and that he spent a combined HK$ 58 million before the account was closed this year.

An inspection by the National Audit Office in March found that Sinopec had spent more than US$ 10 billion on stakes in the five blocks from 2008 to June 1, but neither of these assets yielded much oil.

As of the end of last year, three of the five blocks had banked a net loss of US$ 1.6 billion, the auditor said.

Auditors examining the five-block investment also found evidence that reserves were exaggerated and that decision-making procedures had been violated.