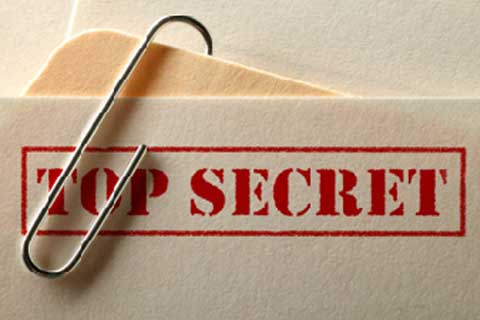 (Beijing) – A reporter from a major newspaper in the southern city of Guangzhou has been detained for allegedly stealing state secrets when reporting on a self-proclaimed and well-connected qigong healer who has been accused of helping murder a former associate.

Local police have handed Liu Wei, a reporter at the Southern Metropolis Daily, over to the Ministry of Public Security. The ministry said Liu tried to cover up for a self-proclaimed healer named Wang Lin, who state media says has been detained for aiding in a murder.

Liu won the Southern Metropolis Daily's Reporter of the Year award last year for stories he wrote about Wang, an ex-convict who gained fame and fortune by claiming he could treat illness with qigong, an ancient healing method that combines meditation and exercise.

Wang has been charged with detaining an associate who was later murdered.

Liu was taken away by police from Pingxiang, Wang's hometown in the eastern province of Jiangxi, from his home in Chengdu, in the southwestern province of Sichuan, on the night of October 8, an employee of Southern Metropolis Daily who declined to be named said.

"At about five o'clock on the morning of October 9, the police orally informed the newspaper that Liu had been placed under criminal detention on suspicion of illegally obtaining state secrets," he said.

The crime carries a maximum sentence of seven years in prison.

It is unusual for local police in China to travel to other parts of the country to detain someone, but it is not against the law.

It is possible that Liu received such information while pursuing his stories on Wang, but knowing a state secret does not necessarily mean a law was broken, Wei said.

The bottom line regarding that charge is that a person breaks a law only by knowingly stealing a state secret, Wei said. If a reporter happened to hear someone talking about information involved in an investigation and published it, this would be unethical and potentially illegal, but does not amount to stealing state secrets, he said.

Wei added that the police have not said enough about Liu's case to judge whether the charge against Liu was appropriate.

Southern Metropolis issued a statement on October 16 defending Liu, saying he was only "doing his job" in seeking information about Wang and writing about him.

The statement said the detention was shocking and the newspaper had taken measures to protect its employee.

Managers at Southern Metropolis told the police that they were aware of every step Liu took while he was trying to get interviews with people close to Wang, the newspaper employee said.

A section of Liu's work log that the Paper, a news media outlet, published on October 16 shows that Liu was taken by Wang's secretary and wife to a banquet while he was in Pingxiang looking for information in July.

The log said Liu introduced himself as a journalist who wanted to learn more about Wang. A man was present at the dinner table Liu sat at, but he never identified himself, according to the log.

Another employee at Southern Metropolis said the man was believed to be a police officer from Pingxiang. "He probably has had some dealings with Wang's relatives" to cover up for Wang's crime, the source said, referring to charges that Wang aided in a murder.

On October 19, the official Xinhua News Agency said the Ministry of Public Security had taken over the case. The report cited the ministry as saying a policeman had colluded with Wang's ex-wife and mistress in obstructing an investigation and covering up for Wang.

"Southern Metropolis Daily's reporter Liu Wei, while pursuing interviews for the case, was suspected of having participated in those activities," the ministry said.

The report did not mention whether Liu was suspected of stealing state secrets.

Wang made news in China in 2013 when pictures surfaced of him with celebrities including Jack Ma, the co-founder and chairman of New York-listed Alibaba Group Holding Ltd., at his home in Pingxiang. Media reports that followed said he had many other pictures with famous people.

Wang had a private room just for displaying his pictures with people ranging from provincial officials, senior military officials and Macao casino tycoons to movie stars, corporate executives and foreign heads of state, according to an article Liu wrote in October 2013.

The article linked Wang's way with people and his supposed ability to move objects with his mind and cure diseases using qigong techniques to his early years in a prison when he served time for fraud.

It examined his ties with officials and businesspeople and looked into the dispute Wang had with Zou Yong, who claimed to have been one of Wang's disciples.

The two fell out in 2011 over a loan, and Zou accused Wang of illegally owning weapons and practicing medicine. Police in Luxi, a county in Pingxiang, opened an inquiry into both accusations, Liu reported.

Wang then fled to Hong Kong, where he owned a luxury apartment while the investigation dragged on.

On July 16, Wang was arrested in Shenzhen, a city near Hong Kong, by police from Pingxiang, a newspaper in the city bordering the former British colony said.

Xinhua reported that the police learned that Wang was involved in the kidnapping and murder of Zou earlier in July. He and another person were held on a charge of "illegal detention." Two others were accused of murdering Zou, the state-owned news service said.

Liu followed the investigation and published several documents showing that Wang hired people to gather evidence that could send Zou to jail.

The Beijing News, a state news outlet, reported later that Liu received those documents from Wang's relatives, who apparently thought the papers would prove that Wang only wanted to expose Zou's past wrongdoings, not have him killed.

Wang's secretary and former wife were arrested in September on suspicion of "illegally obtaining state secrets," the Paper said, citing the lawyer of the ex-wife as saying that she was accused of illegally acquiring police files related to Wang.

The Paper's report also said the person who sold those files, whom the lawyer said "must be a police officer," had been arrested.