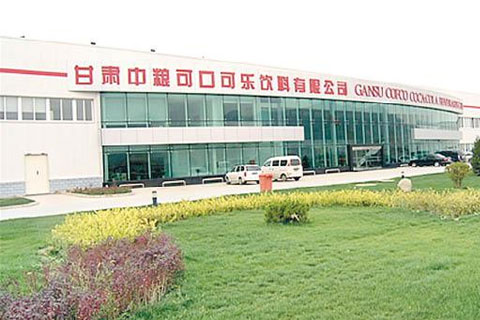 (Beijing) – A senior executive at a joint venture between a state-owned food conglomerate and the U.S. beverage giant Coca-Cola CO. in the northwestern city of Lanzhou has been punished over a scam to manipulate a wastewater testing device to fool regulators, a local environmental bureau says.

Lanzhou's environmental bureau said in a joint statement with city police on October 20 that its investigators had found that a discharge-testing device installed at a plant was altered in order to give deceptively low readings.

The statement said the executive, whose name was not given, was detained for five days, starting on October 15.

The plant is owned by COFCO Coca-Cola Beverage Ltd., a joint venture that is 65 percent owned by the state-run grain processor China National Cereals, Oils and Foodstuffs Corp. (COFCO). The American beverage giant Coca-Cola Co. owns 35 percent of the firm.

COFCO Coca-Cola Beverage is the largest bottling company for Coca-Cola in the country.

The bureau did not say when the scam was uncovered or how long it lasted. The bureau said on October 21 that it has ordered the company to undergo an internal review of the problem. It did not say what, if any, other punishment the company will face.

Deceptions of this type are not unusual in China. Polluters who are ordered to install pollutant control and testing devices often turn them off because enforcement of the law is lax.

COFCO Coca-Cola Beverage told the Beijing Business Today newspaper it is helping the government with its probe, but did not respond to questions about why it altered the devices and whether it had been discharging more wastewater than is allowed.

Neither COFCO nor Coca-Cola China responded to a request for an interview from Caixin.