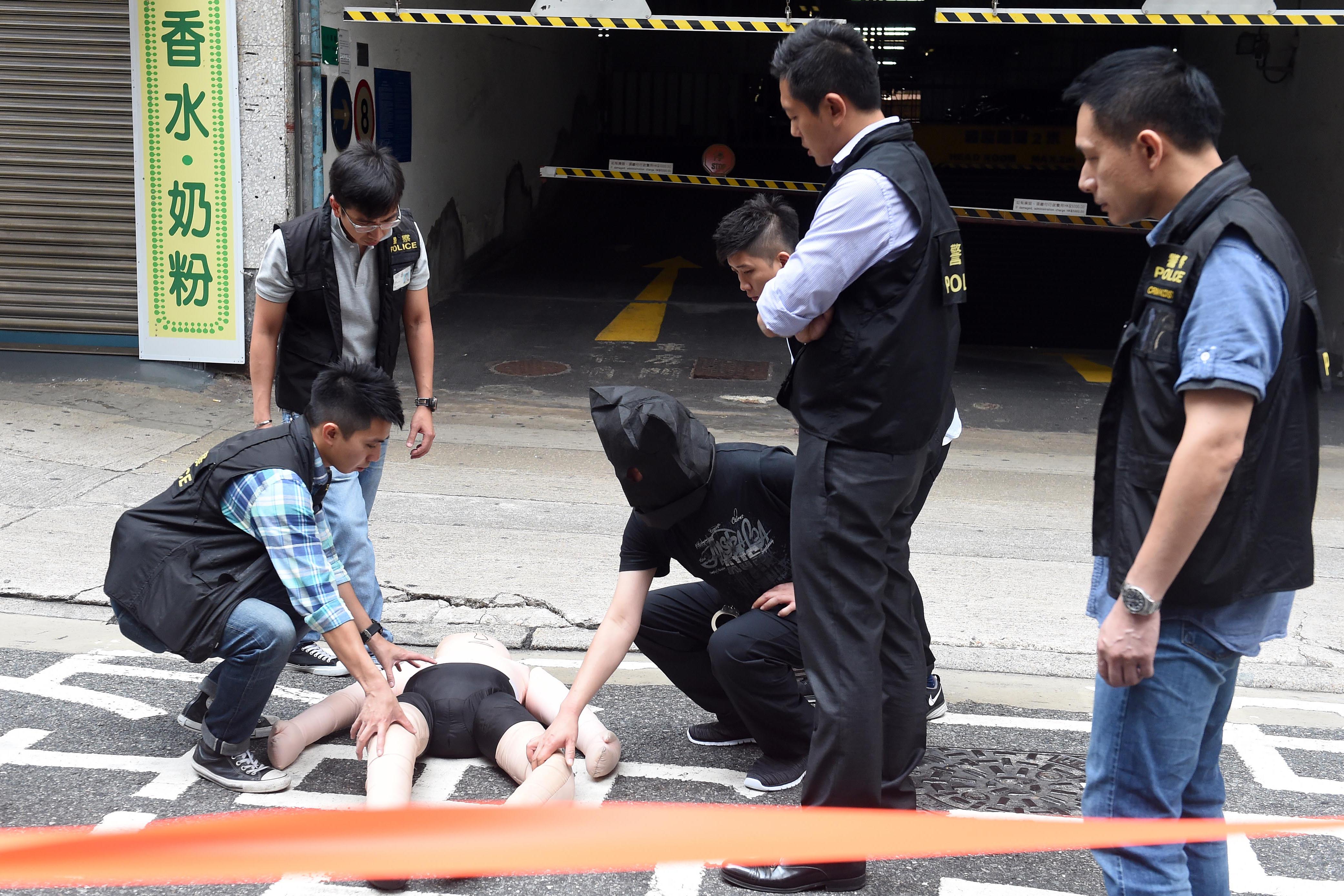 On October 21, the Hong Kong police brought a suspect to examine the crime scene where a mainland tourist was beaten to death earlier this week

(Hong Kong) – Two men charged with manslaughter in Hong Kong over the death of a mainland tourist during an altercation over shopping pleaded not guilty during a hearing on October 22 – as the leader of the city said the tourism industry needs to clean up its act.

Tour guides Ricky Woo Yin-nan, a 44-year-old Hongkonger, and Liu Yang, a 32-year-old mainlander, each pleaded not guilty in Kowloon City Magistrates' Court to one charge of manslaughter in the death of a tourist named Miao Chunqi, 54,from the northeastern province of Heilongjiang.

Prosecutors said in court that the fight broke out after tour guides took a group to a jewelry store in Hung Hom on October 19, but Miao and a woman who was traveling with him, Zhang Lixia, refused to shop.

Miao was attacked when he intervened in a quarrel between Zhang and another tour guide, Deng Haiyan, prosecutors said. CCTV video footage showed that several assailants beat Miao, they said.

Woo told the police he kicked Miao to stop a dispute because the tourist was violent, prosecutors said. Liu told police he dragged Miao out of the jewelry store but denied attacking him.

Police said Miao was lying unconscious outside the store when they arrived. He was taken to Queen Elizabeth Hospital, but died the next day.

Principal Magistrate Peter Law Tak-chuen denied Woo's request for bail, saying there was a risk that he may attempt to flee the country. Liu did not seek bail.

Police said they also arrested Deng and Zhang and charged them with fighting in public. They were released on bail and must report to the police in late October.

The case has been adjourned until December 22.

"Forced shopping" tours are common on cheap trips mainlanders take to Hong Kong. Tour guides expect the visitors to spend money at prearranged stores so the guides can make money from commissions. The tours were banned by the government of the former British colony in 2013, but continue.

Leung Chun-ying, the chief executive of Hong Kong, said the incident and recent protests against mainland tourists have hurt the city's reputation, and said the tourism industry should manage itself better.

Gregory So Kam-leung, Hong Kong's commerce and economic development secretary, said the government asked the Travel Industry Council, a regulatory body, to look into whether the travel agency that arranged the trip Miao and his group booked had broken any laws.

Prosecutors said police are still looking for one or two other suspects involved in the incident.