Proposals for Car-Hire Apps Seen as Obstacle for New Industry 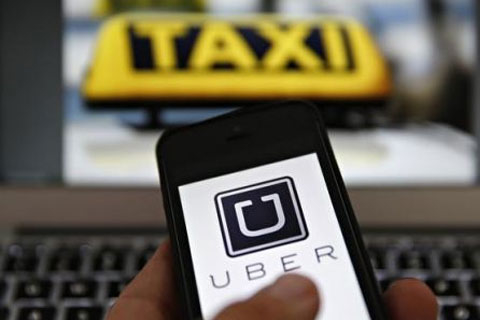 (Beijing) – When the Ministry of Transport was reported to be working on rules for regulating car-hire mobile applications five months ago, both the companies running the apps and analysts expressed hope that clearer rules of the road were on the horizon for the new industry.

However, after the ministry released the draft regulations, many expressed concern the companies might not have any room to operate in China using their current business models, even though the apps have been embraced by urbanites.

The ministry released its proposed new rules on October 10, and as usual the public can provide its views on the matter over the next month. The mulled rules stipulate that people driving private vehicles cannot provide rides through car-hire apps unless they register their autos for use as taxis. Vehicles involved in the business, which could otherwise stay on the road for 15 years, must now be off the streets after eight years.

Experts said this approach by the ministry could hurt the development of the fledgling business.

The attempt to regulate the sector as part of the taxi industry comes as cab drivers and their companies express anger over declining income. If the ministry's proposals become final, many experts say that it will stifle innovation that could help improve the transport situations in China's increasingly crowded cities.

"The proposal will completely kill innovations in the Internet economy, such as the car-hire services, because it will turn the sector into an expensive and upmarket version of taxis," said Wei Wuhui, an IT commentator and lecturer at Shanghai Jiao Tong University.

Didi, one half of the country's biggest car-hire app company, Didi-Kuaidi, and the firm behind the popular Didi Express app, appealed to the ministry on October 19 to reconsider its ideas, saying: "The regulation would push most of our drivers out of the industry." The firm also said three-quarters of its drivers moonlight as chauffeurs who provide no more than four rides a day.

Unlike taxi-hailing services that allow urbanites to book rides with licensed drivers employed by taxi companies, people use the car-hire apps like Didi-Kuaidi to deal with mostly private drivers for rides. Since the service began appearing in China in 2012 it has grown rapidly because it helps address a shortage of cabs particularly during rush hour. Many urbanites, especially young people, see it as a better alternative to hailing taxis, in part because drivers are more polite and cars are nicer.

Cheng Wei, the co-CEO of Didi-Kuaidi, said car-hire apps have brought about positive changes. For example, he said that taxi companies in the eastern cities of Hangzhou, Ningbo and Yiwu have stopped charging their drivers several thousand yuan in monthly licensing fees due to the new competition. He added that fewer young Americans are buying their own cars because of the new transport option, a change that is good for the environment and cities with traffic problems.

In a letter to investors on June 26, Cheng said bookings through the Didi-Kuaidi apps have grown by 30 percent each week starting in May, rising to 3 million per day. Some 800,000 drivers of private cars in 63 Chinese cities are providing rides through the firm's apps, he said.

Didi-Kuaidi is dominating the market in China, holding four-fifths of the market as of the middle of the year, the consulting company Analysys International said. San Francisco-based Uber Inc. was in second place in China, with 11.5 percent of the market. Yidao Yongche, a unit of search giant Baidu Inc., and China Auto Rental Holdings Inc. (CAR), were Nos. 3 and 4.

This competition from car-hire apps has embittered taxi drivers. Strikes have broken out in several cities this year, as cab drivers voiced frustration with what they said is the government's failure to crack down on unlicensed cabs.

Authorities in several cities, including Shanghai, Beijing, Nanjing and Shenyang, have responded to the protests by banning some services on the grounds they are illegal. The government of Jinan, in the eastern province of Shandong, fined one driver 20,000 yuan for giving two travelers a ride because he did not have a taxi license. The pair had used the Didi Express app to reach the driver, a pharmaceutical company sales representative who was making some extra money with his part-time job.

Wang Jun, an associate professor at China University of Political Science and Law in Beijing, said the ministry's proposals show that regulators do not care about how the Internet can mobilize idle vehicles to improve the transport situation in China's cities.

"By sticking to the old way they regulate the taxi industry, the draft regulation only serves to create more cabs," he said.

The proposal also casts doubt on a pilot program launched in Shanghai. The eastern city's experiment, announced on October 8, would no longer require drivers to register their vehicles for commercial use, which would mean taking their autos off the road after eight years. The experiment would see drivers to register with the government and buy insurance policies of up to 6 million yuan for each vehicle.

The city's transport commission also said it was granting Didi-Kuaidi a license, the first of its kind in the country. Wang Xin, a vice president of Didi-Kuaidi, hailed the move as "a big breakthrough," and vowed that the firm would not be in direct competition with government-backed taxi companies because their services will be limited to rush hour.

However, the central government's rules could force Shanghai to cancel the pilot, sources close the city's Transport Commission said. Sun Jianping, head of that commission, told media outlets that the city would change its pilot as necessary when the central government finalized its rules.

If the proposal is finalized, Didi-Kuaidi and Uber would likely suffer because their models involving private drivers. Liu Zhen, a Uber China executive, told the Shanghai-based news portal Jiemian.com that the proposal is tougher than expected.

However, she said the company hopes to operate in China by working closely with local governments because the draft rules offer "some room for regulators there to be more innovative."