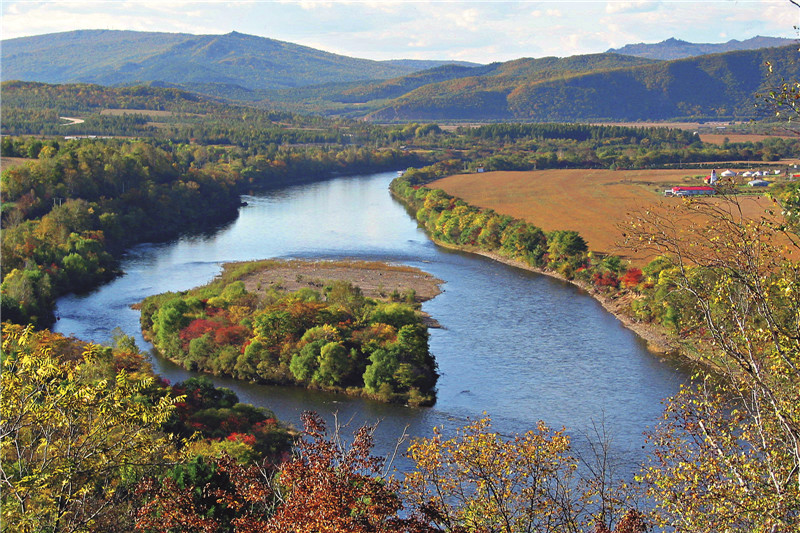 (Beijing) – A State Council pilot plan to revamp the management of thousands of nature parks and protected land in China – land covering over one-fifth of the country – is about to be kick off, but questions over management standards amid infighting between government departments remain.

The plan proposes setting up nine national parks in as many major cities and provinces in 2015, and aims to establish a set of national standards on park management that could then be rolled out to more than 8,000 sites across the country over the next two years.

A slew of problems facing the country's major parks spurred officials to launch the pilot.

"Almost half of China's nature reserves lack adequate supervision, while 26 percent have no assigned management team," Su Yang, a researcher at the Development Research Center, a think tank under the State Council, wrote in a research paper more than a decade ago. "Half of them are polluted as a result of tourism development."

And getting the parks sorted out will be a mammoth task. China has 1.7 million square meters of land under different levels of government supervision. More than 8,000 parks, nature reserves and other types of protected areas have been established by different government agencies, including the Ministry of Environmental Protection, the State Forestry Administration, the Ministry of Land and Resources, the National Tourism Administration and local governments.

Scholars and environmentalists expect the changes, first mentioned in a Communist Party reform plan in 2013, to lead to management reshuffles in many parks around the country. However, progress could be difficult due to conflicts among government departments and complicated land issues.

In March, officials from 13 government departments, led by the National Development and Reform Commission (NDRC), met to find ways to push the pilot ahead. The NDRC's timetable had the nine provinces and cities submit plans for national park operations by end of July. A review of the plans was set to be done by the end of September.

In June, the NDRC signed an agreement with the Paulson Institute, a U.S. think tank, to jointly develop a management system for national parks in China over the next three years.

"The main task for the pilot is to figure out what problems and difficulties will emerge when China sets up national parks for nature preservation," said Yang Rui, director of Tsinghua University's department of landscape architecture.

So far the government has not released a detailed plan for how the pilot will be implemented. Sources familiar with the drafting said work has been delayed because government departments continue squabbling.

A source close to the NDRC said that after the commission presented a draft plan for the pilot to the State Council in October 2014 fierce arguments erupted. The disagreements stem from departments' eagerness to expand their power and interests, said Zhu Chunquan, China's representative to the International Union for Conservation of Nature, an international organization that says it is devoted to finding solutions to environmental problems.

The world's first national park, Yellowstone, in the northern U.S. state of Wyoming, was established in 1872. Since then, countries around the world have developed more than 6,000 similar sites with standardized management and operations to preserve their most beautiful and fragile natural scenery.

But the concept was never been fully adopted in China. A major issue the reform is trying to tackle is coming up with a clear definition of what qualifies as a national park, Su Yang said. Over the past few years, some reserves and tourist spots have been approved by the State Council as national parks, but others were set up by local authorities based on their own standards, he said.

"How can a provincial government or a ministry set up a national park?" Su said. "The system is a mess across the country."

Local governments across the country have been setting up nature reserves on their own since 1994, when the State Council said that part of the assessment of officials would be how many areas for environmental protection they set up.

Local officials also saw the work as a way to make money. Many sites are simply renamed as national parks so they could raise ticket prices, Tsinghua's Yang said.

Since 2006, many national parks have been opened in provinces such as Yunnan, Heilongjiang, Sichuan and Shanxi, boosting tourism revenue for local governments. A park in the northeastern province of Heilongjiang saw its annual park ticket revenue almost triple after it was handed nominal national status, official data show.

It's no secret that protected areas around the country are being threatened by frenzied building and development.

"Some scenic sights have been overdeveloped to attract more tourists," Yang said. "Changing the name and calling them a national park does little to help change this."

A new central government agency should be established to oversee national parks and nature reserves, Yang said. It should have the power to demarcate areas as natural reserves, draw up conservation plans for them and take legal action against those who mismanage these resources.

Yang said the central government should set up 60 to 80 national parks under its direct supervision and create a central fund to support their operations.

Su argued that the changes should be made gradually so they are more acceptable to local governments.

"In the beginning, the reform should avoid touching on the issue of entrance tickets, which is an important revenue source for local governments, so that they will be more willing to participate," he said.

The pilot also needs to tackle tricky issues related to the ownership and usage rights of land that has been designated as protected zones. A government survey in 2003, the latest year for which data is available, showed that nearly one-fifth of the land set aside by the government as protected area lacks any clear definition of ownership or usage rights.

Debates also involve the question of whether people who already live in protected areas should be allowed to stay. Niu Hongwei, the environmental protection director at the Paulson Institute, local people's lifestyles should be preserved. "Their opinions should be respected. If people don't want to move out, other arrangements should be put in place when demarcating an area as a national park."

Yang said he hoped that amid all the bickering officials come to see the bigger picture. "The national park idea will only succeed when people can look beyond departments and personal benefits to consider the broader and long-term interests of everyone," he said.