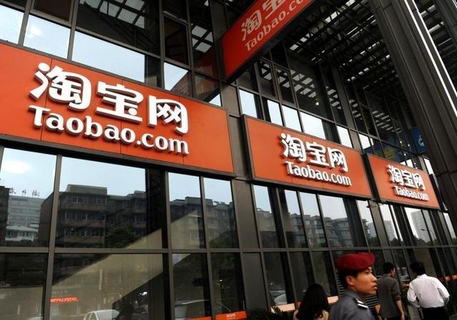 (Beijing) – Alibaba Group Holding Ltd. was sued by a French luxury goods conglomerate over trademark infringement and sales of fake products on one of its websites because the firms disagreed over ways to combat the problem, a person close to the e-commerce giant says.

Kering, which own luxury brands such as Gucci and Yves Saint Laurent, filed a lawsuit in New York in May accusing Alibaba of trademark infringement and trafficking in fake products on behalf of its clients, court documents shows.

Among Kering's complaints is one that says 37,000 fake Gucci bags were sold on more than 2,700 shops on the e-commerce site Taobao in just one month last year.

The company wants the court to order Alibaba to stop providing its clients with help selling non-copyrighted goods. It also demands an unspecified amount in compensation.

Jack Ma, Alibaba's founder and chairman, told Forbes in a recent interview that the company would try to settle the case out of court. He also defended Alibaba's efforts in fighting counterfeiting and trademark infringement, and said his company had to protect big brands and small shops on Taobao.

Kering first sued Alibaba in 2014, but dropped the case after the companies reached a settlement and agreed on a plan to battle counterfeiters.

Kering proceeded with a second lawsuit after failing to talk Alibaba into stopping all unauthorized sales of its products, whether authentic or not, the person close to the New York-listed e-commerce company said. Alibaba insisted that it only had to take action against fake goods.

The firms' differences were complicated by e-shops selling products that came from Kering's suppliers in China, the person said. Some of these products, which lacked tags, were sold on Taobao for as little as one-tenth of the price in retail stores, he said.

Alibaba and the State Administration of Industry and Commerce got into a public feud over counterfeit products last year. A survey by the regulator of commerce found that found that more than 60 percent of sampled goods on Taobao are "not genuine," implying they are fake or inferior to genuine products in some way.

Alibaba publicly challenged the government over the fairness of the survey and rejected its findings. It said it had spent billions of yuan to fight counterfeiting in recent years.

The company has also said it developed a system for stores on its websites that can lead to them be closed if they are caught selling fake goods too many times.

Alibaba told Caixin it needs cooperation from shop owners, manufacturers and law enforcement authorities solve the counterfeiting problem, but some producers have refused to cooperate.

The person close to the company said it is impossible to weed out fake goods from Taobao stores because Alibaba could only carry out checks of products with the help of manufacturers and some are reluctant to cooperate. He did not say whether Kering is among those producers.