Official Figures for Major Smog Pollutant Last Year 'Off by Half' 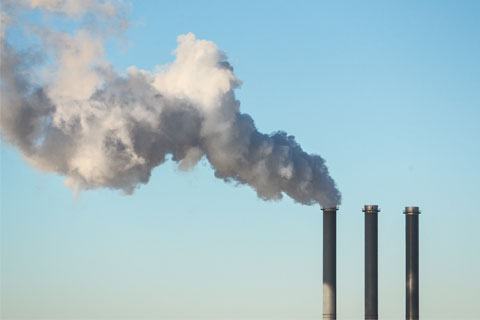 (Beijing) – The government underreported by half last year's emissions of a pollutant from burning coal that plays a major role in the smog covering many of China's big cities, an expert says.

The country emitted 30 to 31 million tons of sulfur dioxide (SO2) last year, said Luo Jianhua, secretary general of the China Environment Chamber of Commerce, a non-profit organization controlled by the government.

The official figure for last year was 19 million tons, down from 25 million tons in 2005.

Luo said the discrepancy could help explain why people living in cities like the capital, the port city of Tianjin and the industrial northeast feel air pollution has worsened in recent years even though the government says the situation, at least regarding SO2, has improved.

"The quality of the air has seen no obvious improvement," Luo said. "Smog continued to envelop more than half of the land in China and it is only going from bad to worse."

SO2 is a major component of emissions from coal-burning power plants and is found in acid rain, which along with air pollution harms human health and the environment.

Luo said the government figure is off because it overlooked SO2 emissions from facilities other than those generating electricity, such as steel and cement factories, and private boilers heating homes in winter.

The air in China's cities often turns foul when winter arrives because of widespread burning of coal to heat homes and offices. Earlier in November the air quality in Shenyang, a major city in the northeast, was shockingly bad even by the standards of the country's major cities.

Most cuts in SO2 emissions over the past decade have come from power stations, Luo said, and other areas, "with the exception of the steel-making industry, which has installed some desulfurization equipment, have almost put in place no measures to tackle emissions of SO2."

Ma Zhong, the dean of the school of environment and natural resources at Renmin University, recently said that the government is underestimating emissions of SO2. His figure for emissions of the pollutant last year was about 40 million tons.

Last year, the Ministry of Environmental Protection set a goal of limiting SO2 emissions to 13.6 million tons per year over the course of the government's five-year-plan covering the 2016-20 period.

If the official data are accurate, "victory is in sight," Luo said, but he added that if the figures are being underestimated, the government will need at least three decades to reach its goal.